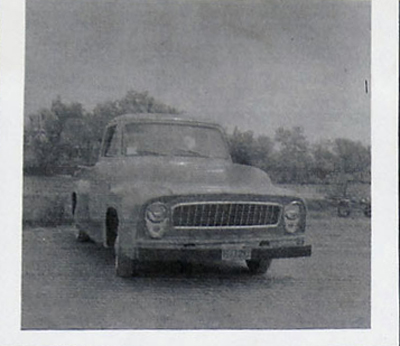 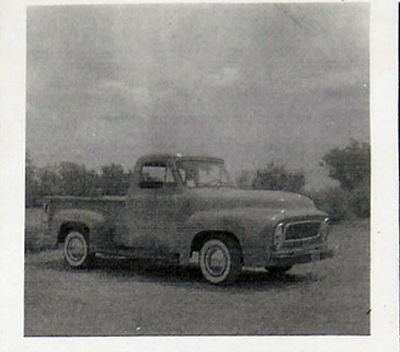 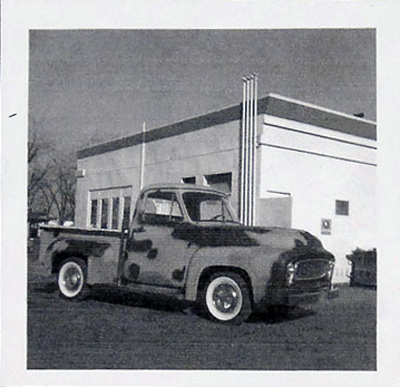 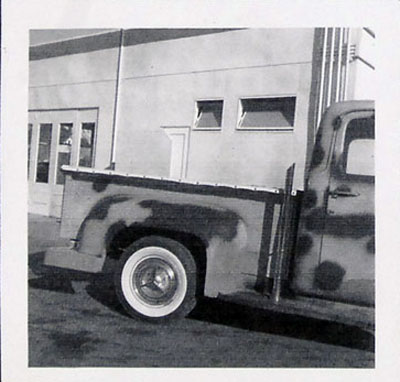 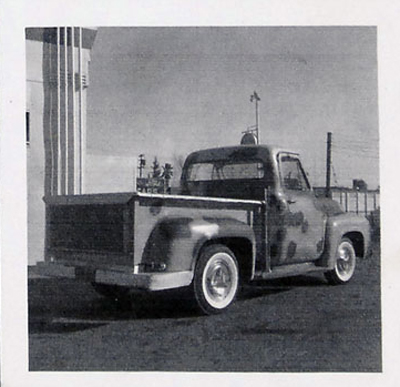 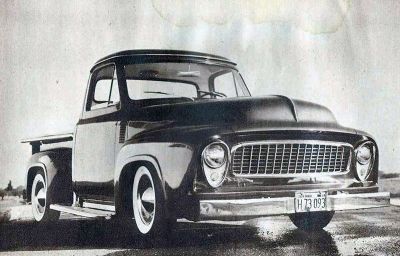 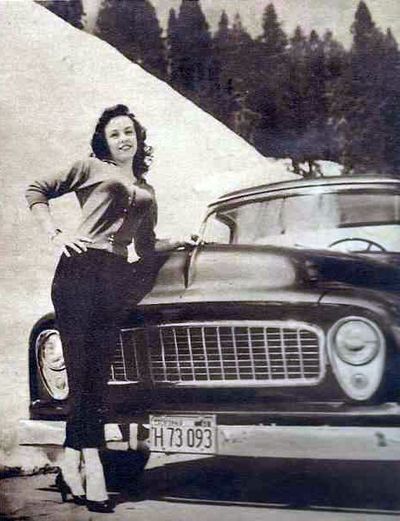 Roberta Calame next to the truck. 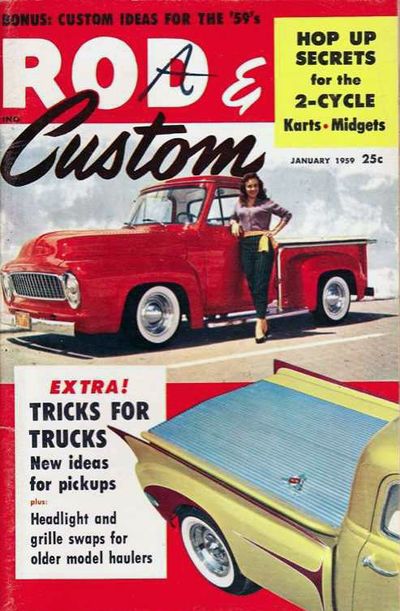 Ralph's truck as it appeared on the cover of Rod & Custom January 1959, 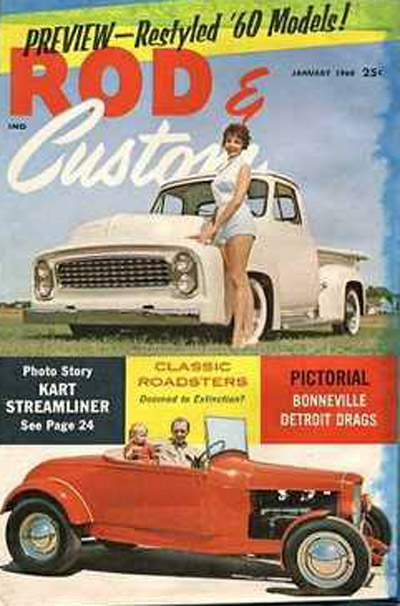 Ralph's truck as it appeared on the cover of Rod & Custom January 1960, 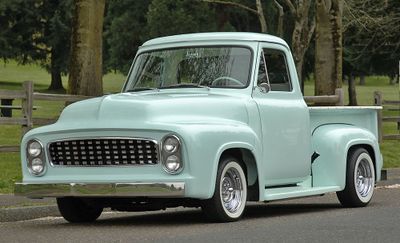 The truck as it appeared when it was advertised for sale on eBay in April of 2013.

1954 Ford F100 pick up truck owned by Ralph Ehorn of Red Bluff, California. The truck was dropped off to Ray's Custom Shop in Chico, California for the custom treatment. A 1955 Chevrolet Bel Air grille and 1954 Buick headlight bezels were mated to a custom front panel where the stock grille once resided. The body was smoothed & shaved of it's trim and handles, the hood was louvered and the tailgate was paneled smooth. A recessed antenna was mounted on the rear of the passenger cab corner and 1950 Buick taillights were molded into the rear fenders. Chrome Bumpers, Chrome Running Boards, and Chrome Exhaust Pipes along the bedsides matched the chrome reverse rims wrapped in wide whitewall tires and running '40 Ford style hubcaps. Lowering was done with a dropped axle up front, and relocated spring mounts in the rear. A pleated bed cover matched the custom interior. Ralph's truck made the cover of Rod & Custom January 1959 dubbed the "Candy Truck" with Roberta Calame gracing the pages next to the truck.

The "Candy Truck" won several trophies and was shown all over the west coast. One of the most notable shows the Candy Truck attended was the 1958 National Roadster Show in Oakland. At the show, Ralph's truck came third in the Truck Pickups class.[1]Just 1 year from it's Rod & Custom cover & feature, it did it again, adorning the cover of the January 1960 issue of Rod & Custom. This time it was restyled with quad headlights, Buick Grille, and a Pearl White paint job among other updates. Ralph Ehorn traded the truck for a Thunderbird in 1960. After that the truck bounced around between several owners for the next 30 years, before it eventually fell of the radar. Steve Lemke of Washington acquired the truck in 1988. By then it had been sitting for some years, and it was in desperate need of a restoration. Steve sold the truck to Pete and Joanne Rosenberg in 2002. When Pete and Joanne learned the history of the car they set out to make contact with Ralph Ehorn. They were able to locate him, and Ralph mailed them copies of old photographs and magazine articles from back in the days. After that, the Rosenbergs decided to restore the car. They did not restore it back to one of Ralph's versions, but decided to restore it and change it a little after their own taste. After the restoration, Pete and Joanne took home the "Best in Show" award at the 2009 Billetproof. In April of 2013 the truck was advertised for sale on eBay. When the auction took place, the car was located in Portland, Oregon.[2]

Please get in touch with us at mail@kustomrama.com if you have additional information or photos to share about Ralph Ehorn's 1954 Ford.