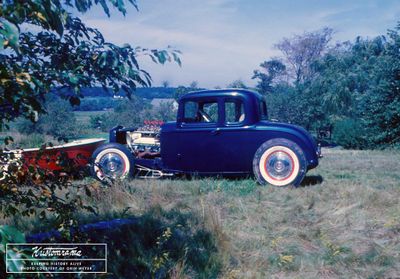 A photo of the coupe taken in October of 1963, while Orin still owned it. Photo courtesy of Orin Meyer. 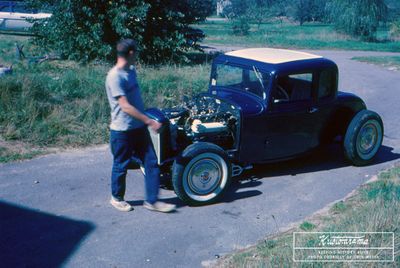 A photo of Orin with the coupe in 1963. He was 18 years old when this photo was taken. Photo courtesy of Orin Meyer. 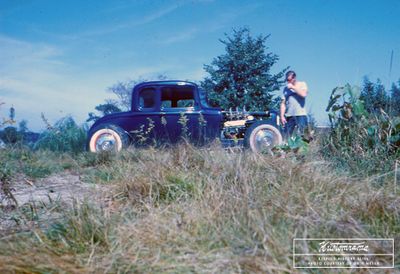 Another photo of Orin with the coupe. Photo courtesy of Orin Meyer. 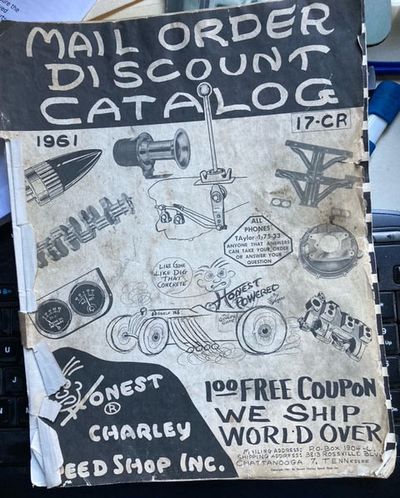 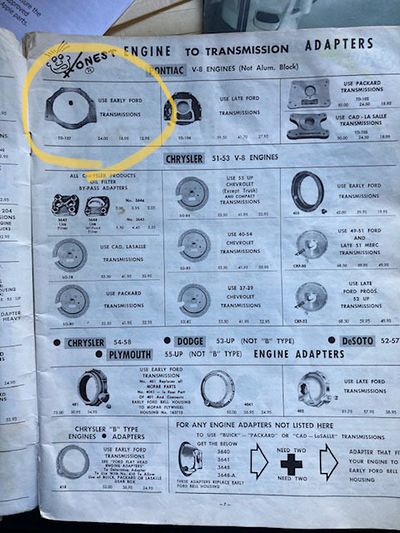 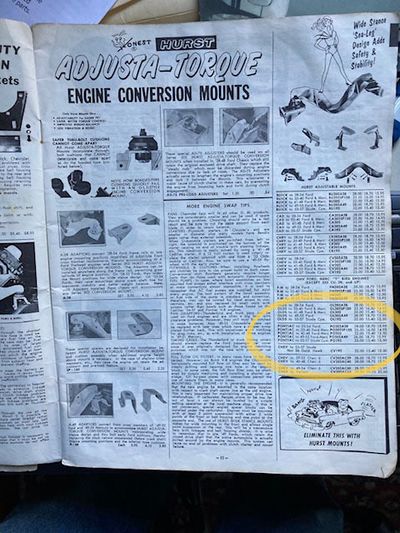 The Hurst motor mounts cost $28 back in 1961. Photo courtesy of Orin Meyer.

1932 Ford 5-Window Coupe owned by Orin Meyer of Plymouth, Massachusetts. In June of 2021, Orin told Sondre Kvipt of Kustomrama that he first saw the car in 1957 when it was owned by Norman Fortini of Plymouth, Massachusetts. He eventually purchased it from Duncan Weaver around 1960. "It was in gray primer and running a 303 cu. inch Oldsmobile Rocket engine with chrome valve covers, a four-barrel carb with a Hellings and Stelling air cleaner on top. The car was channeled with a Z-ed frame and dropped front axle, chrome hairpin radius rods, a 39 Ford floor shift tranny, and a two speed Columbia rear end. The rear pan was rolled using, I believe, the 32 Ford gas tank inverted and widened. Taillights were from a 1954 Pontiac." Orin paid $500 for the coupe. "When I bought the car from Duncan Weaver it had been known locally as the "Torrid Teapot.""[1]

Orin installed a 1957 Pontiac 347 cu. inch engine with six two-barrel Ford carbs on a U-Fab log manifold on the coupe. "The car was painted Royal Blue metallic by Johnny Panenin at Shiretown Motors, the local Ford dealer, for $40." Orin believes he had the car painted in 1961 or 62. In 2021 Orin still recalled that he paid $125 for the motor, $28 for Hurst motor mounts, and $24 for the Pontiac to Ford engine adapter. The 6x2 intake manifold he purchased for $20 from New England Speed Shop in Boston. The $20 purchase included not only the log manifold, but also the complete set up, six carburetors, linkage, chrome intake stacks, and all. The set up was used. "That was one of the best deals on used speed equipment that I have ever made," Orin adds. The motor mounts and adapter were ordered from Honest Charley Speed Shop.[1]

"In 1965 I sold the car to Manny Perry, who later became Mr. America and was the body double along with Lou Ferrigno on "The Incredible Hulk" TV show," Orin told Kustomrama.[1]

Manny later sold the coupe, and the last two owners that Orin knows of were Rick Vincent and later Richmond Bell, who ran a vintage Ford part business in Wellfleet, Massachusetts. "When I last spoke with Richmond many years ago, he told me that he had sold the car to a person in western Massachusetts and the car was "all restored", although he did not clarify whether it was restored as a hot rod or a stocker." Orin was still trying to trace the history of his old hot rod in October of 2021. Do you know who the original owners or builders were? Or do you know any of the previous or recent owners are? Please get in touch with Kustomrama at mail@kustomrama.com if you have any info about the car and its history to share. Orin believes the chrome hairpin rods on the car may be a way to identify it. "In all the years since I sold the car I have never seen another set of radius rods exactly like those."

Please get in touch with us at mail@kustomrama.com if you have additional information or photos to share about Orin Meyer's 1932 Ford.