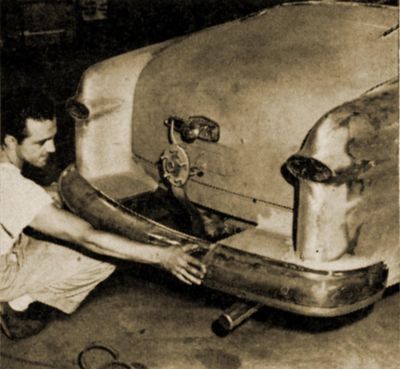 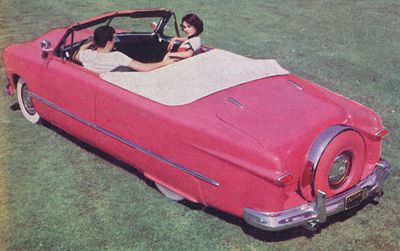 Michael's Ford as it appeared when it was featured in Motor Trend December 1952. 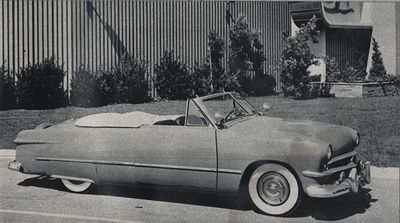 Michael's Ford at the Compton Drive-In. Photo by George Barris[1] 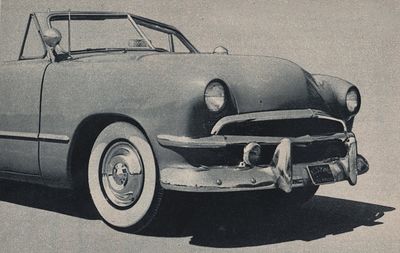 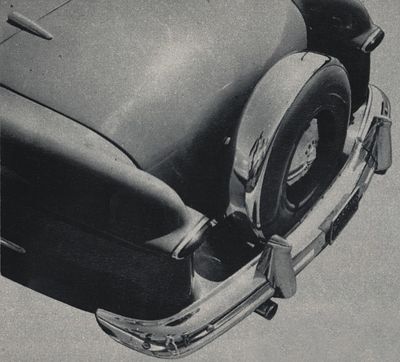 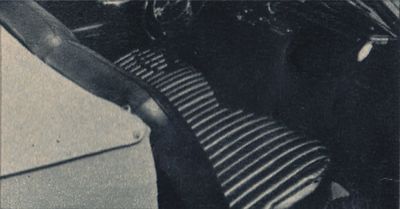 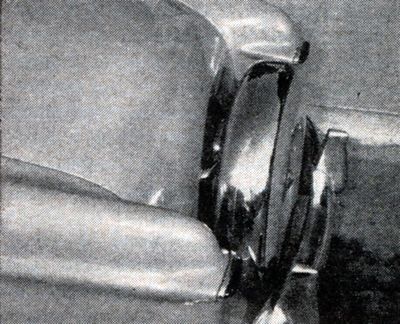 1949 Ford Convertible restyled by Sam Barris of Barris Kustoms for Michael Violante of Wilminton, California. Michael was a television performer and did the dancing for the Valentino movie. Violante wanted a car that stood out in a crowd, and went to Barris Kustoms for the task. The car was nosed, decked and shaved for door handles. The doors were opened by solenoids, operated by pushbuttons that were concealed under the top flap and inside the dashboard. A peak was made, stretching from the back of the hood all the way down to the grille. The stock top grille bar and center bar were removed. The headlights were frenched and recessed. Violante wanted a continental kit on the rear, but as he thought the normal installation projected out too much, Sam's sollution was to extend the fenders 11 inches to bring the body even with the spare tire. The tire itself was lowered so the top of the tire would be even with the fenders. Both gravel pans and the rear fenders were molded to the body. Michael's Ford was lowered by channeling the body over the frame. The interior consisted of black pleated seats, seat backs and doors. To finish the convertible off, it was lowered and painted a shade of pink mixed by Barris. When asked what shade it was or what he calls it he replied: "Man I don't know, I just mixed it and sprayed it."[2]

According to Motor Trend December 1952 the restyling on Michael's car costed $1200 USD. In the same story George Barris told the journalist from Motor Trend Magazine that a conservative restyled car like Michael's shoebox generally runs between $300 and $1500.[3]

Please get in touch with us at mail@kustomrama.com if you have additional information or photos to share about Michael Violante's 1949 Ford.