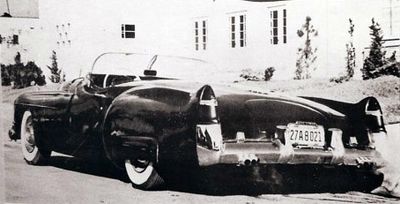 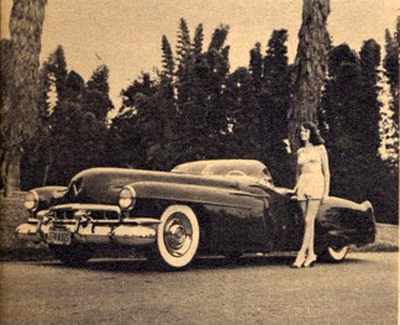 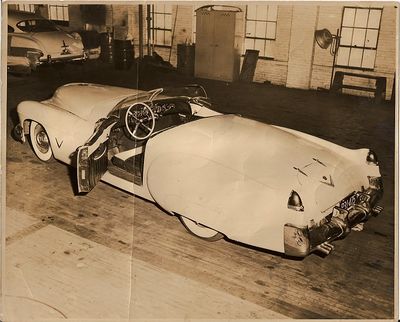 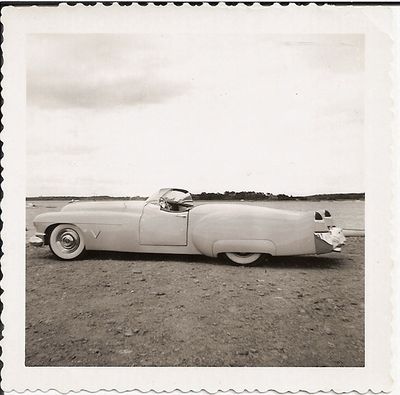 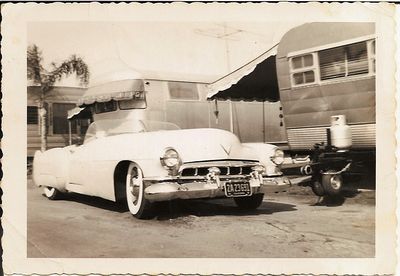 1946 Cadillac Sport Custom built by Lon Hurley. The car is also known as "The Californian." Lon started by shortening the frame to 120 inches. He built the hood from stock Cadillac parts. An air scoop was installed below the bumper, presumably to provide additional air for cooling and intake. The deck on the car was formed from flat sheet stock. A trap door in the deck hides the spare tire. Rear and front fenders were remolded from a 1949 Cadillac. Exhaust runs through twin pipes to a pair of three-tube flares. Total height of the car was 39 or 36 inches, depending on which source is consulted.[1] According to Mechanix Illustrated January 1951 Lou spent $8,000 over 8 months creating his dream car.[2]

In 1952 the car was owned by a gentleman named Gil Gilbert. Gil traded the car for a Buick convertible and a Ford convertible. No top was built for the car and it was said to keep the driver's compartment dry when driven over 40 mph in the rain. One story states that this resulted in a speeding ticket and a soaked driver and interior. According to Charles Gilbert, the son of Gil Gilbert, the car ran 146 mph on the Bonneville Salt Flats. When Gil Gilbert bought the car it had been painted white/cream. Gil later sold The Californian to comedienne Martha Raye in 1954, and the car was relocated to Massachusetts. Its whereabouts are unknown at the present.[3]

Please get in touch with us at mail@kustomrama.com if you have additional information or photos to share about Lon Hurley's 1946 Cadillac.