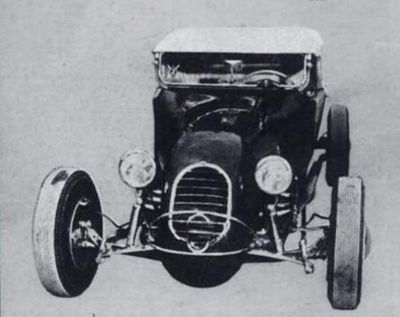 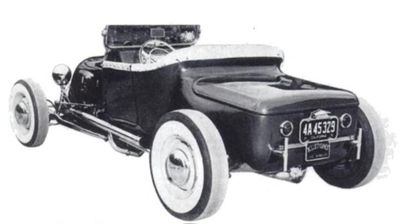 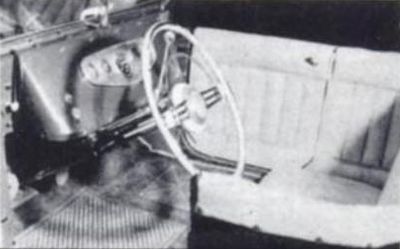 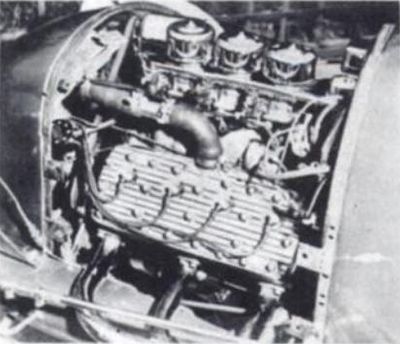 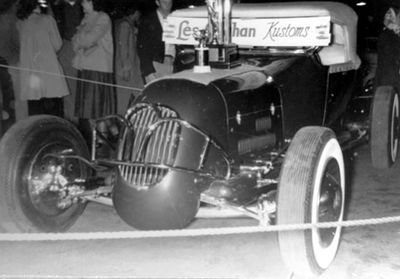 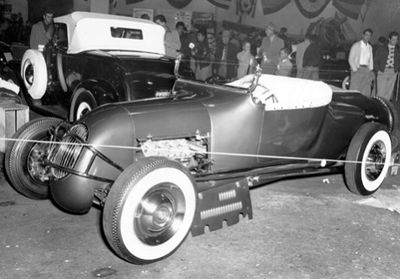 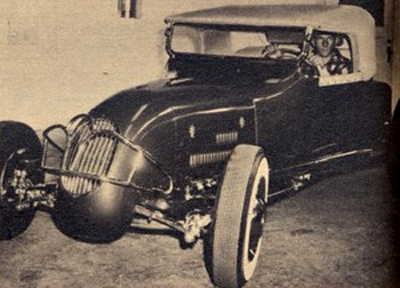 1922 Dodge roadster owned by Les Callahan Jr of Long Beach, California. As many other young hot rodders of the old days, Lee based his build on a 1932 Ford chassis. The build took the college boy three years to complete, and It featured a ported and relieved 59-A Mercury Flathead engine, stroked 3/8" and bored 35/16". It featured 30 seats on valves, guides cut, Weiand heads, Smith & Jones three-port manifold, Scintilla magneto and a Zephyr transmission with gears. According to Mechanix Illustrated January 1951, the engine and axle was from a 1946 Mercury, while in Hop Up August 1951 The front end running gear was from a 1947 Mercury and the axle was a three inch dropped Dago axle. The radius rods both front and rear were in line with the universal joint Transverse springs were retained at both front and rear. For better steering performance, steering mechanism from a 1947 Mercury was installed. Les chose to have a 1922 Dodge body upon the 1932 Ford rails. Bodywork and painting was done by Barris Kustoms. The body was channeled and fit with a belly pan to aid streamlining. A lot of rough spots were rounded and the windshield was chopped. Nerf bars and 1949 Pontiac taillights were installed to the bed. When it was featured in Mechanix Illustrated January 1951, it was fit with anther grille, different front nerf bar and no headlights. Gaylord's Custom Shop and California Auto Top upholstered the grained yellow DuPont Fabrilite interior. The excpences reached $4000. The roadster pickup won a lot of prices when it was complete, it clocked 131 Mph at the dry lakes.[2]

Please get in touch with us at mail@kustomrama.com if you have additional information or photos to share about Les Callahan's 1922 Dodge.