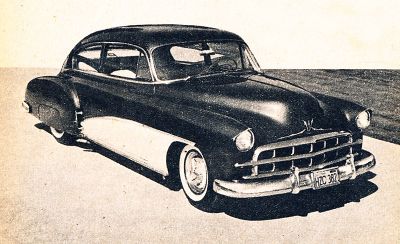 As it appeared in Car Craft May 1957. Photo by Bob Hardee. 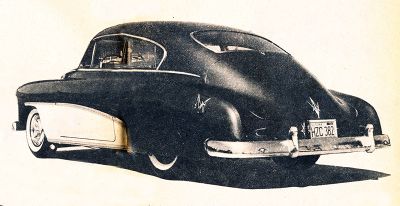 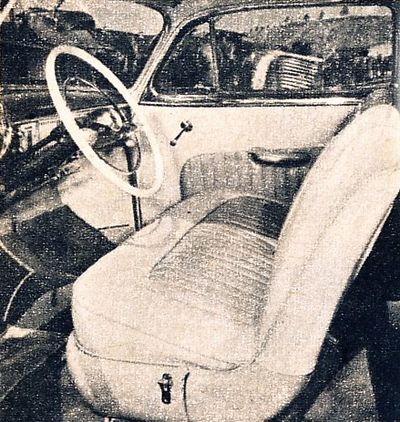 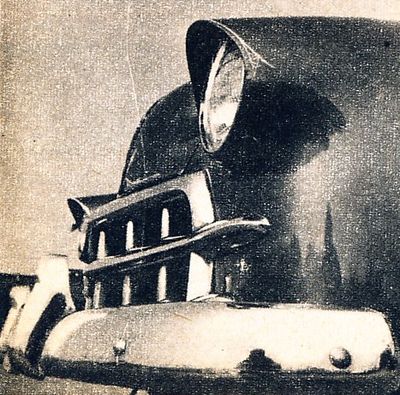 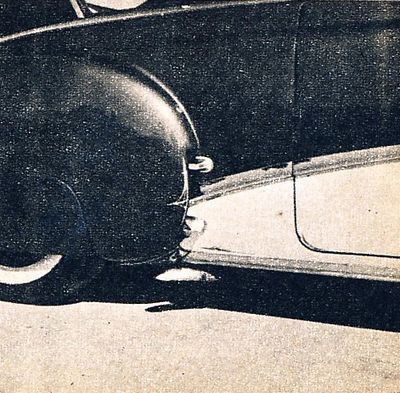 1949 Chevrolet owned by K. G. Fincher, Jr of California. The door handles were discarded, and the car was nosed and decked. The front was modified to accept a 1949 Cadillac grille, the headlights were 1952 Ford units, with an extra shade added. The one-piece windshield was from a 1950 Oldsmobile. The rear fenders were peaked, a quite unusual trick at the time. The stock taillights were frenched sideways in the rear apron to make the car appear wider from behind. Air scoops were made in the leading edges of the rear fenders, which housed 1953 Mercury grille teeth. Fender skirts and outboard exhaust were installed. The Buick spears separated the purple and white two-tone paint job. Pin-striping was added to the hood, headlight shades, deck lid and gas-filler door. The interior was done in light purple and white Naugahyde, that was pleated and rolled into an interior that would pass inspection anywhere! The garnish moldings were chromed as well as a final touch.[1]

Please get in touch with us at mail@kustomrama.com if you have additional information or photos to share about K. G. Fincher, Jr's 1949 Chevrolet.