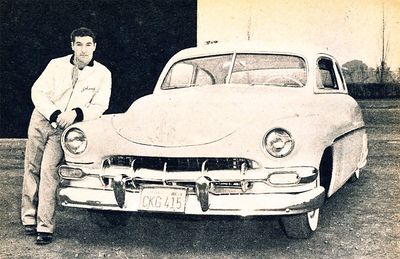 As it appeared in Car Craft January 1958. 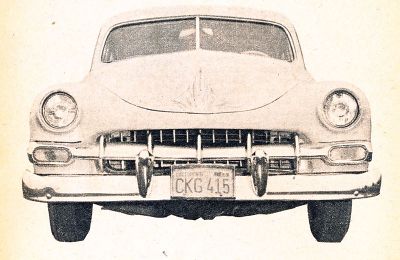 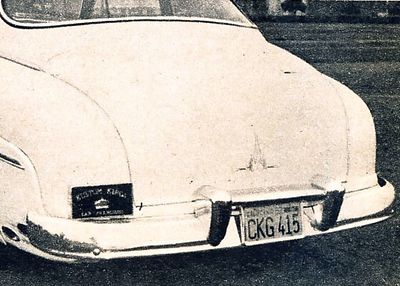 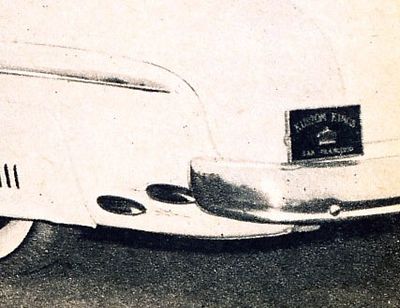 1950 Mercury owned and restyled by San Francisco Kustom Kings president, Johnny Macia of Hayward, California. Johnny spent 3 years to customize his Merc, he did all the work by himself except the interior. During this time, his activities in the Air Force took the car from Texas to California and back, which did not simplify the project any at all. He removed the door handles, and shaved both the deck lid and hood. He removed the taillights, and made a set of custom lenses in the bumper guards. The fender skirts were louvered, and dual portholes were installed between the skirts and the rear bumper. The grille was made from a 1954 Chevrolet bar backed by a cut down 1955 Chevrolet section. The hood was rounded as well. Once the bodywork was done, it was painted Alpine white and pin striped.[1]

Please get in touch with us at mail@kustomrama.com if you have additional information or photos to share about Johnny Macia's 1950 Mercury.