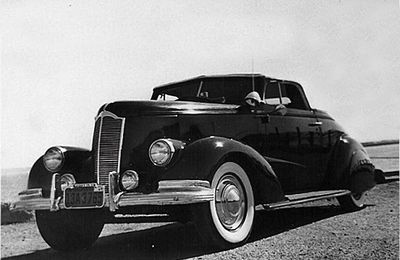 As it appeared it 1949. Photo from the Ron Brooks Collection 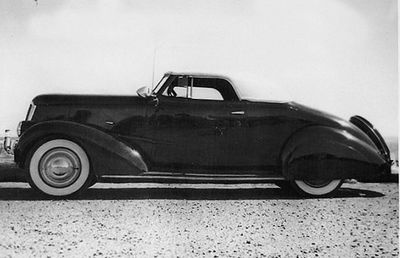 Photo from the Ron Brooks Collection 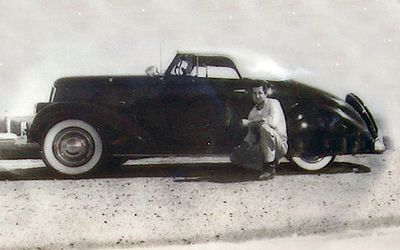 John Sal Cocciola next to his car. This picture is on his tombstone as well. 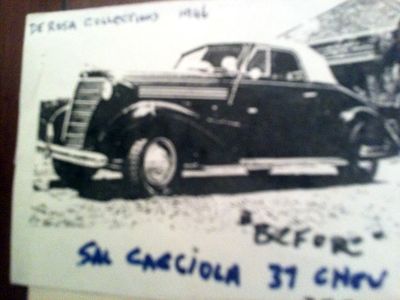 As it appeared in 1946. Notice the searchlight and skirts. Photo from the Frank DeRosa collection 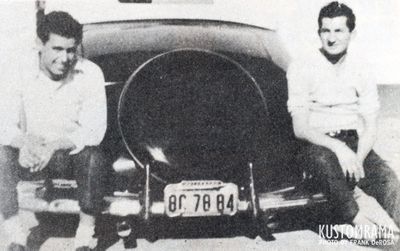 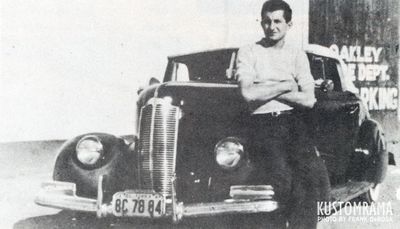 A young Sal in front of his Chevy in 1947. Photo by Frank DeRosa, courtesy of Technical Low Rider. 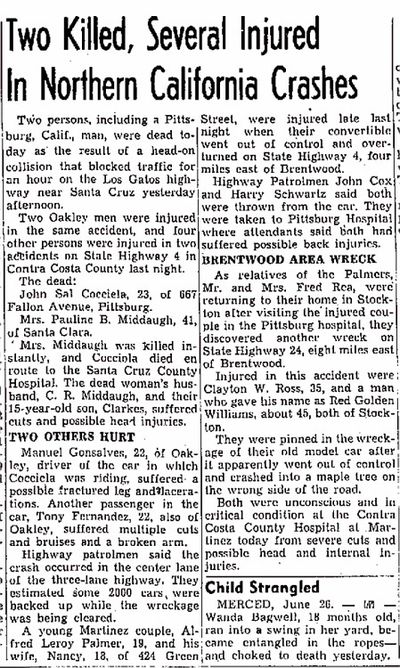 From the Oakland Tribune June 26, 1950, this section tells how Sal lost his life. 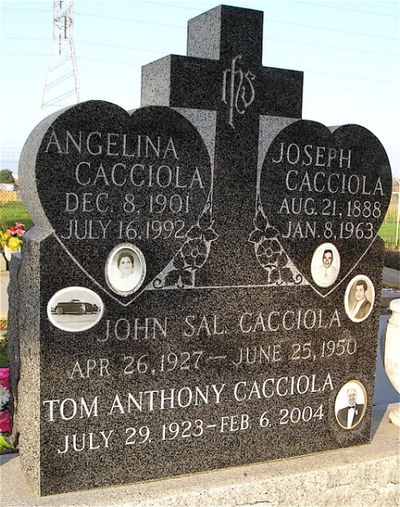 John Sal Cocciola final resting place. Notice the picture of the car on the tombstone.

1938 Chevrolet Convertible restyled by Harry Westergard for John Sal Cocciola of 667 Fallon Avenue Pittsburg, California. In 1946, 19 year old John was very interested in custom cars, so therefore he decided to have his Chevy to be restyled by Westergard of Sacramento. John had already installed a spotlight and fender skirts with upside down Buick trim. Westergard restyled the front by installing a 1941 Packard Clipper grille, sunken LaSalle headlights and accessory lights. The stock bumpers were replaced by a set of 1941 Oldsmobile units, which featured their stock Olds bumper guards. Fender skirts and a continental kit was added as well. The deck lid was shaved, however the door handles were retained. To achieve a smoother look, the trim on the hood sides were removed. The windshield was chopped, and a padded white top was installed by Hall Upholstery.[1]

Sadly enough, John died when he was only 23 years old in another custom car, a 1946 Cadillac on June 25th 1950, while driving the Santa Cruz mountains. Manuel Gonsalves 22, of Oakley drove the Cadillac, and ended up hitting another car causing a head-on collision. Cocciola died enroute to the Santa Cruz County hospital, while Manuel suffered a fractured leg and lacerations. Tony Fernandez 22 of Oakley, another passenger in the Cadillac, suffered multiple cuts and bruises and a broken arm. The highway patrolmen said the crash occured in the center lane of the three-lane highway. The crash also killed a woman and injured her husband and 15 year old son.[2]

Please get in touch with us at mail@kustomrama.com if you have additional information or photos to share about John Sal Cocciola's 1938 Chevrolet.