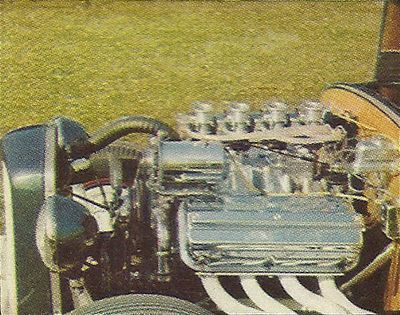 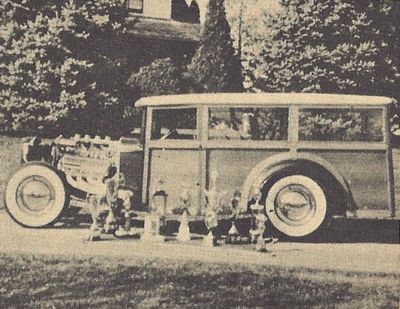 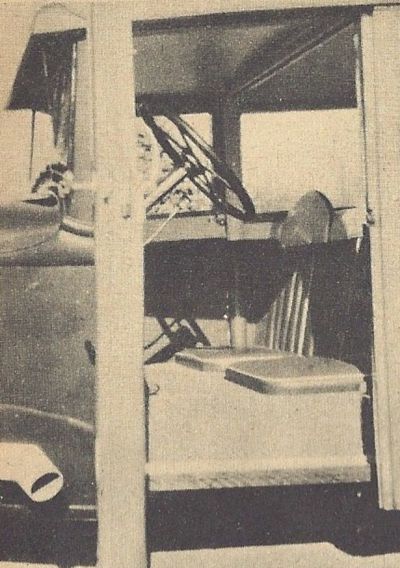 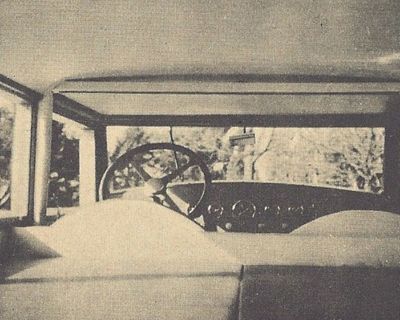 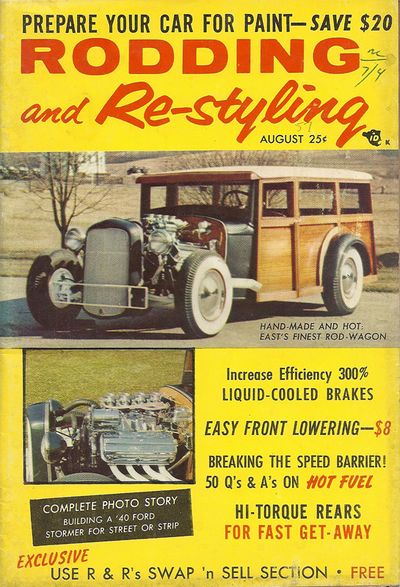 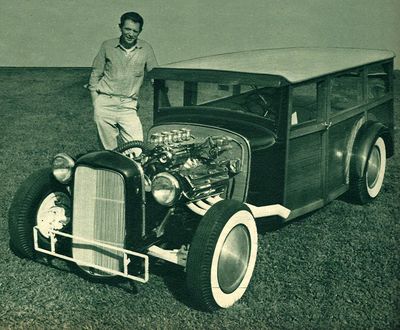 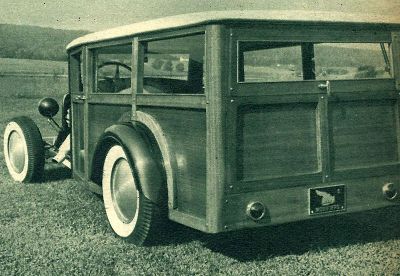 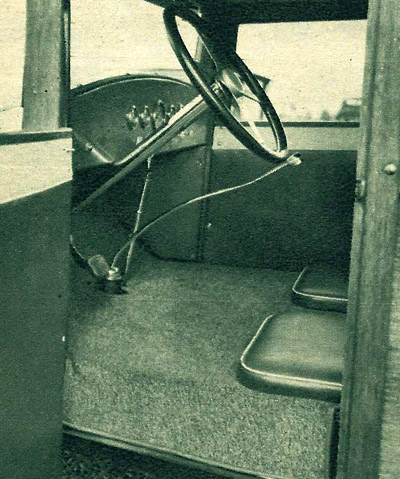 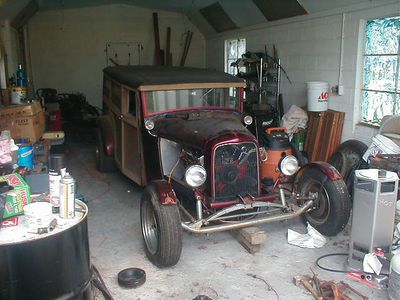 The wagon in Neal Carter's garage awaiting a restoration. 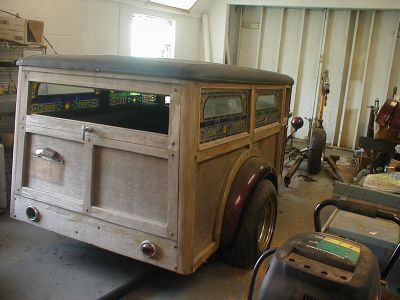 1932 Ford Woody Station Wagon originally built by Modifiers member John A. Good of Exter, Pennsylvania. John bought the car at age 21. He paid $50 for it, and invested another $1450 into it in order to make it a winner at shows and drags. Johnny and his father constructed a chopped and channeled body out of hand-rubbed mahogany for the car. The body was chopped 3 inches, channeled 6 inches over the frame and featured a set of bobbed rear fenders. The taillights were taken from a 1949 Pontiac. A filled 1932 Ford grille shell concealed a 1953 Buick radiator. Front suspension and brakes were taken from a 1941 Lincoln and the rear brakes were from a 1940 Ford. A torque tube banjo rear end drove a pair of 15-inch Ford wheels with 8.20 whitewall tires. The car was powered by a 1953 Chrysler hemi engine that had been bored to 354 cubic inches. The engine was ported, polished, and fit with Jahns racing pistons, Chrysler 9.5 to 1 heads. Four Stromberg #48 carbs were adapted to fit a Edmunds 4-pot manifold.[1] The engine was originally built by Bill Jenkins for John's A/A Crosley. It was pulled from the Crosley and used in the wagon.[2] As far as we know, this is the first recorded Hemi built by Bill "Grumpy" Jenkins, who at the time operated Jenkins Competition Tune Up Service in Exton, Pennsylvania. The transmission, a Ford floor shift transmission with 25-tooth gears, was hooked to a 10-lb aluminum flywheel and 11 inch Ford clutch. When John's deuce was featured in Rodding and Re-styling August 1957 the engine delivered 325 horses at the flywheel, 270 brake hp and it had run 108.9 on the strip. Inside, the dash was equipped with a complete set of Stewart Warner gauges. A Bell Auto champ car-style steering wheel was mounted atop a chromed steering column. The upholstery was done in green and white Naugahyde and the exterior carried 17 coats of green lacquer.[1] White nylon was used to cover the top. The build was completed in 1956. By 1959, when the car was featured in Hot Rod Magazine March 1959 it had been fit with Moon discs and John had won 18 trophies with his wagon. The trophies were both for go and show.[3]

The car is still around, and is currently owned by Neal Carter of Maryland. Neal bought the old station wagon around 2008. When Neal bought the car it had swapped hands several times and a lot of modifications had been done to the car over the years. Someone had changed John's front end to a suicide axle. The engine was long gone, and replaced by a smallblock Chevy. A Corvette rear end had been installed and stained glass windows were made for the back windows.[4]

Please get in touch with us at mail@kustomrama.com if you have additional information or photos to share about John A. Good's 1932 Ford.