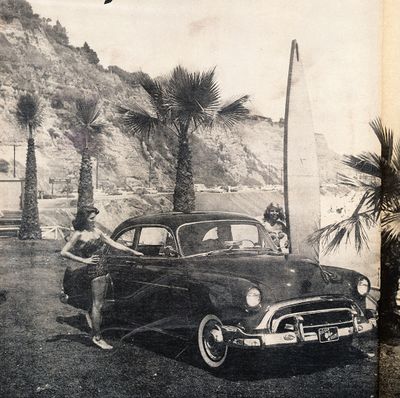 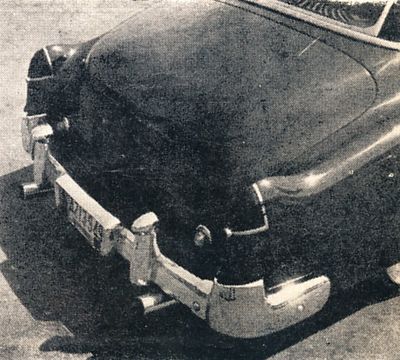 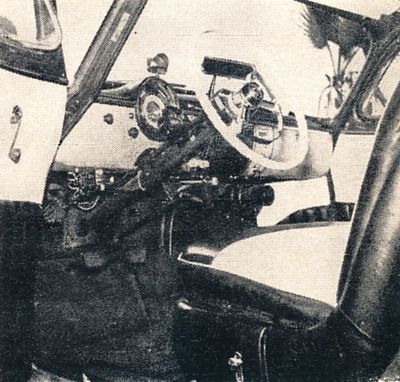 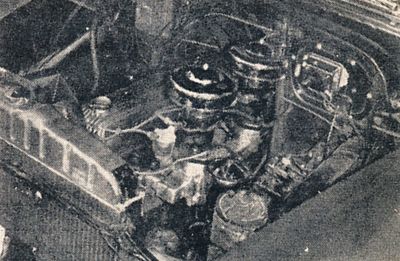 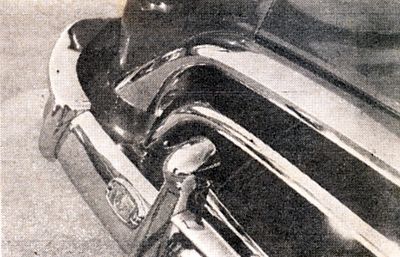 1950 Chevrolet Styleline Tudor owned and restyled by Jim Leavitt of Redmond, Washington. Jim was foreman at the Redmond Pontiac body shop, and had access to a lot of GM parts that he could adapt to his Chevy. Let's start with the front, the bumper was stock with direction and parking lights added along with accessory wing tips. The top grille bar was from a 1950 Oldsmobile 98, and needed only slight modifications to accept the Chevy front. Hand formed sections molded onto the gravel pan form the base at either end of the top bar. The center bar was a 1951 Oldsmobile 88 unit. The hood was de-chromed and smoothed out, and the headlights were frenched by using 1951 Ford headlight rings. The headlights were adjustable from the front, the sealbeams however, must be installed from the inside fender. The chrome strip on the door was stock, however the strip on the fenders were from the rear doors of a 1952 Chevrolet. A one-piece windshield was installed from a 1950 Oldsmobile. The gravel guard at the front was from the rear fender of a 1952 Chevrolet. The rear half of the fenders were from a 1950 Cadillac, and was shaped nicely over the rear bumper tips. The deck lid was shaved for its chrome as well, and electrically operated from the dash. An emergency cable was also installed in case of electrical failure. The interior was done almost entirely by Jim's wife, done in black, solid red and white DuPont Leatherette. A Studebaker rear view mirror was added as well as an electrical tachometer. Then engine was lightly modified by shaving the head, installing a 3/4 race cam and a Fenton dual manifold with two Rochester carbs attached.[1]

Please get in touch with us at mail@kustomrama.com if you have additional information or photos to share about Jim Leavitt's 1950 Chevrolet.