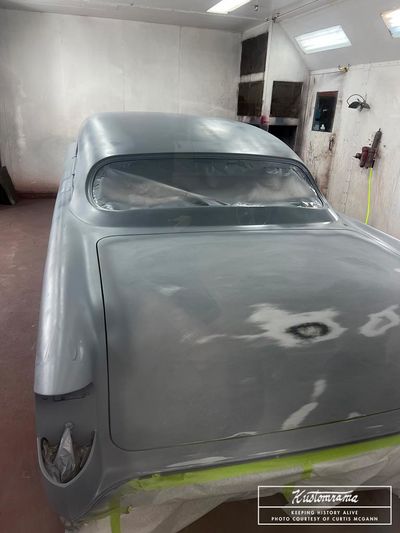 A photo of Jesse's Chevrolet as it appeared in June of 2021. Photo courtesy of Curtis McGann. 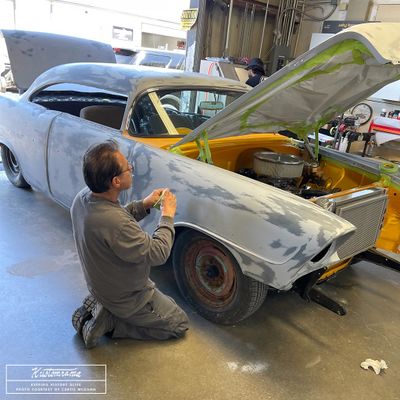 Jesse's Chevrolet getting ready for sealer and color. Ernie Enriquez did the finishing bodywork and final paint prep. Photo courtesy of Curtis McGann. 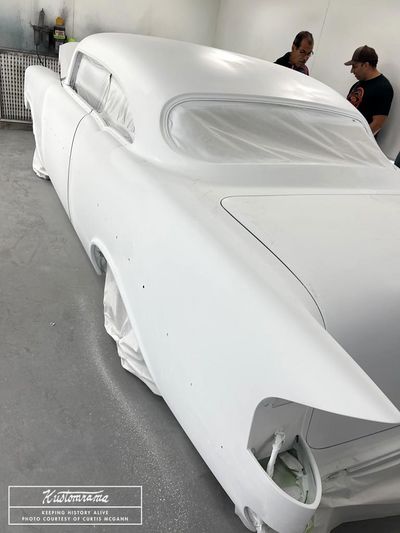 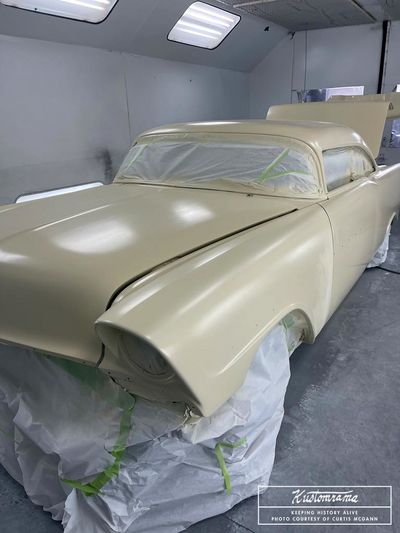 Greg Gonzales applied a cream base before following up with Candy Pearl Pagan Gold. Photo courtesy of Curtis McGann. 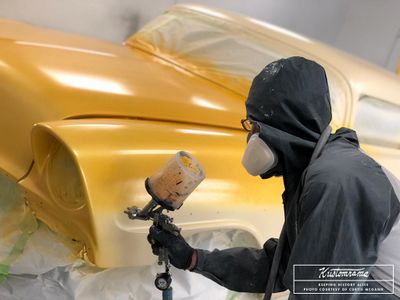 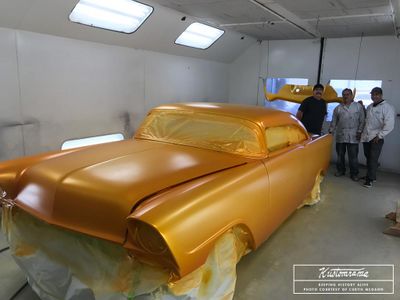 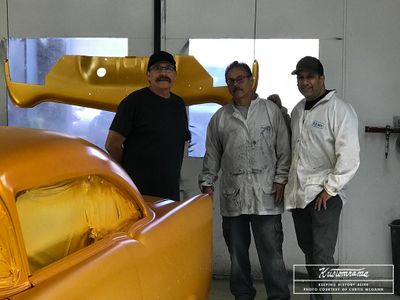 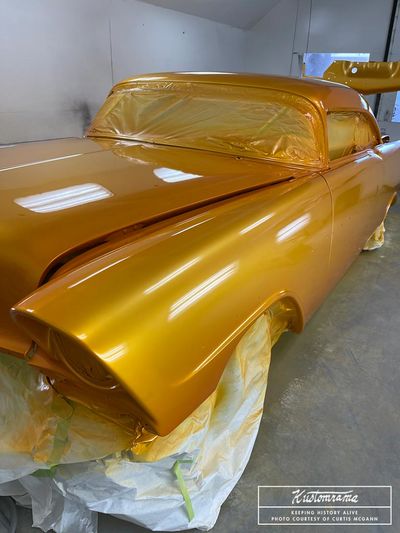 The body covered in clear. Photo courtesy of Curtis McGann. 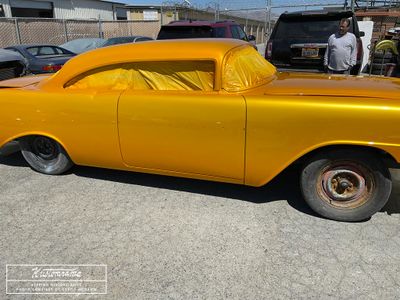 Out of the paint booth, sparkling in the sun. Photo courtesy of Curtis McGann.

1956 Chevrolet owned by Jesse Orozco of Salinas, California. Inspired by Lanny Ericson's 1956 Chevrolet, a Gene Winfield custom known as "Violet Fantasy," the car has been a 20-year work in progress. Pepe Heredia did chopped the top on the car, and did all the original bodywork years ago.[1]

In June of 2021 Jesse's brother-in-law, Ernie Enriquez, was working on the bodywork and primering. After Ernie had covered the body in House of Kolor white sealer, Greg Gonzales applied a cream base. He followed up with 4 coats of a Candy Pearl Pagan Gold, mixed from Pagan Gold, Spanish Gold Kandy, and Pearl. Erik Solorio finished off the paint job with some darker Candy accents late in July of 2021, giving it a Gene Winfield inspired fade paint job.[1]

Please get in touch with us at mail@kustomrama.com if you have additional information or photos to share about Jesse Orozco's 1956 Chevrolet.