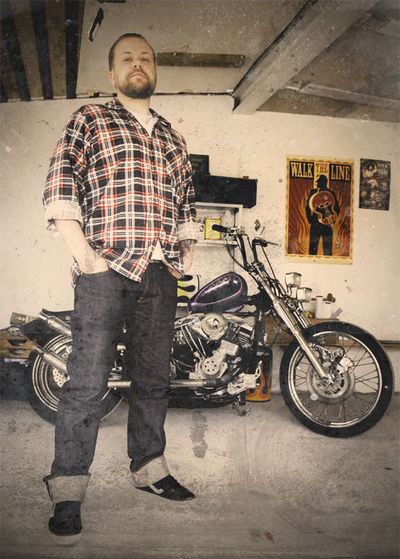 Jesper Bram and his '73 shovel 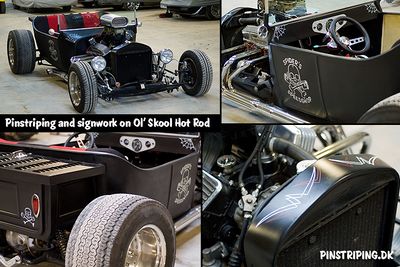 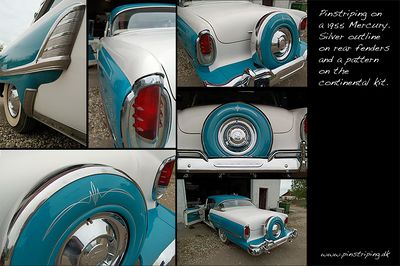 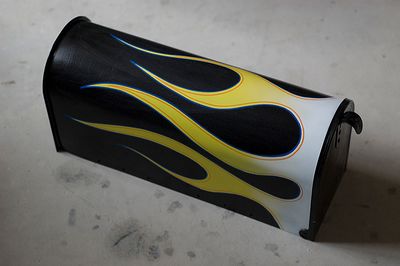 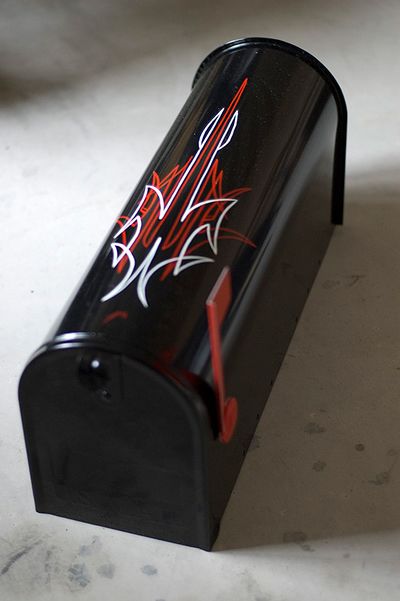 Jesper was born 1973 in Denmark. A typical critter as a boy, always fantasizing about motorcycles and drawing scary comic monsters rather than listening to his teachers. In his teens he got into computers which quickly led him down the path to becoming a graphic designer

In the early nineties Jesper started working in advertising doing web-design for a number of high profile companies. As Internet technology became more advanced opening up new possibilities he turned his focus to designing software interfaces rather than just corporate branding websites. In 2001 he started working as Chief Designer for Danish software company TraceWorks.

About the same time Jesper got back into what was now known as “kustom graphics” which he had more or less forgotten in the pursuit of becoming a renowned web-designer. He started to get a few jobs in the motorcycle - and Kustom Kulture community – a t-shirt design here and there, the occasional helping out with someone’s website, rally fliers and so forth.

During 2003-2004 Jesper came to the conclusion that every side project he would get involved in had to have some sort of connection to the Kustom Kulture scene. Whether it was an album cover for a rock band, t-shirt design for a motorcycle club or a website for a custom car dealership didn’t matter.

As he dug himself deeper into the culture he became aware of the many different crafts evolved around custom cars and motorcycles. One of them was pinstriping, which instantly grabbed his attention. Having done a few not all bad traditional oil paintings back in school to learn the technique, using a brush was not totally unfamiliar. Pinstriping appealed to him right away, and it didn’t take long to figure out how he could get started learning.

Jesper has practiced pinstriping since 2006. He started out by taking classes with legendary pinstripers such as Herb Martinez and Kris “PuK” Johnson. One of the things that attracts him with pinstriping is that it’s a traditional craft. There’s no shortcuts, no computer to automatically do it at the click of a button. The only way to master it is practicing and learning from the great practitioners that came before you.

Pinstriping is not just about keeping a steady hand and pulling straight lines. It is also about seeing the contours and shapes in a vehicle and knowing how to emboss them by laying down a line in just the right tone and thickness.

Jesper always believed that you never stop improving or learning new tricks. Even pinstripers that have worked for thirty years still talk about learning new tricks now and again. So in effort of constant improvement he continues to take pinstriping classes around the world whenever he can. In hope of one day joining the ranks of the pinstriping legends and keeping the traditional art form alive.

Please get in touch with us at mail@kustomrama.com if you have additional information or photos to share about Jesper Bram pinstriping.