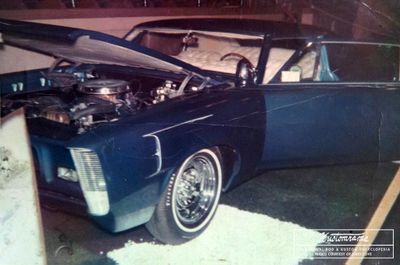 A photo of Jerry's GTO taken at an indoor car show at Maxon Pontiac in Union, New Jersey. This was the last time Jerry saw the car. Photo courtesy of Jerry Cove. 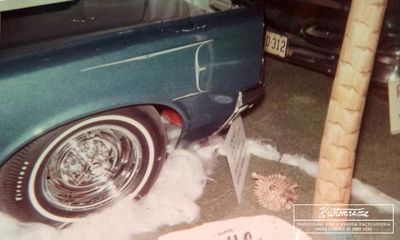 1966 Pontiac GTO owned by Jerry Cove of Hillside, New Jersey. Jerry is the son of East Coast customizer Les Cove, and the GTO was restyled by Jerry and his dad at Les Cove's Custom Body Shop in the 1960s. Painted blue, the chopped GTO featured Thunderbird taillights, Buick Riviera headlights, and a bumperless design. The front fenders featured air scoops and pinstriping. They shaved the doors for handles before they wrapped up the style with dual spotlights, chrome reverse wheels, and a white leather interior.[1]

In 2013 Jerry was looking for his old custom. He hadn't seen it for at least 40 years, the last time being at and indoor car show at Maxon Pontiac in Union, New Jersey.[1] Please get in touch with Kustomrama at mail@kustomrama.com if you know what happened to Jerry's Pontiac, or if you have any info about the old custom to share with us.

Please get in touch with us at mail@kustomrama.com if you have additional information or photos to share about Jerry Cove's 1966 Pontiac.