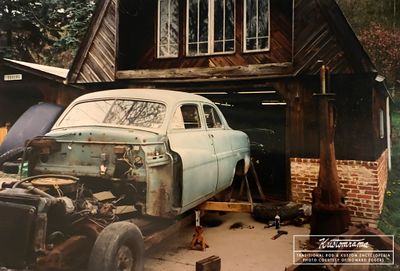 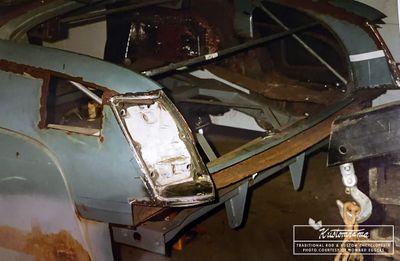 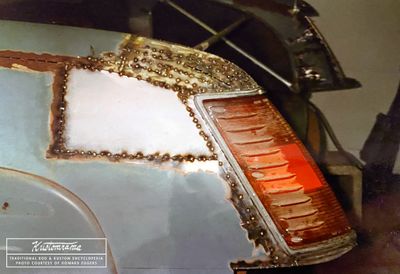 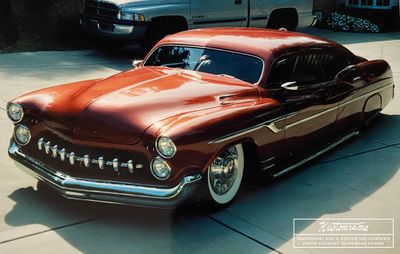 A photo of the car taken in 2005. It took Howard six years to complete the build. Photo courtesy of Howard Eggers, provided by Vince Ciganik. 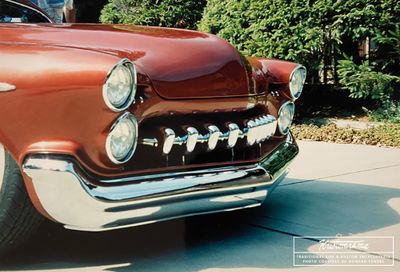 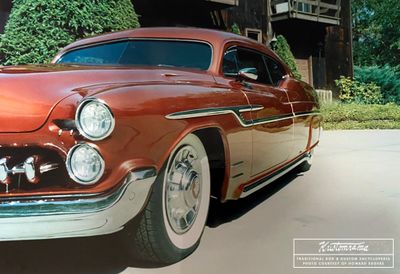 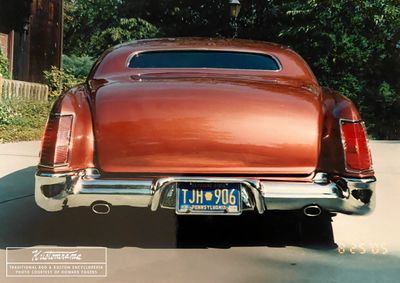 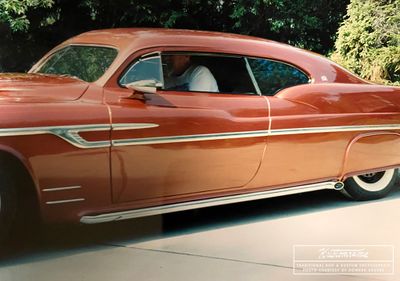 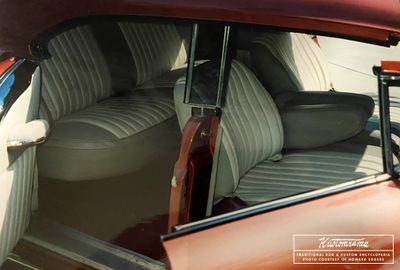 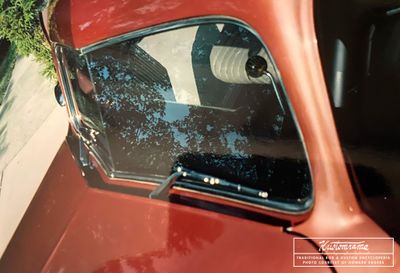 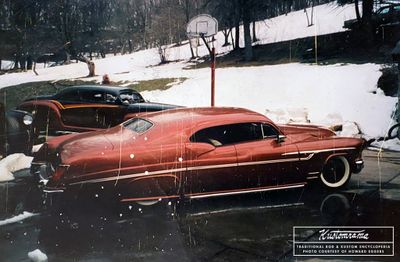 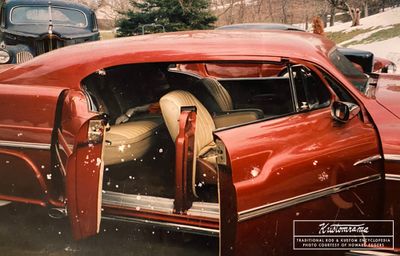 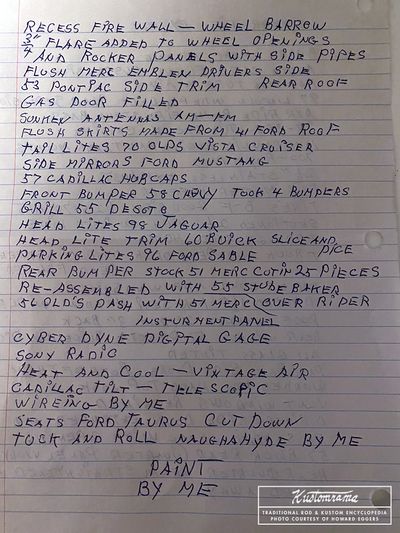 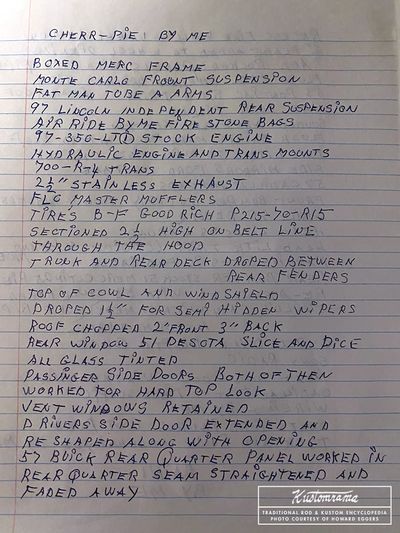 1951 Mercury owned and restyled by Howard Eggers of Pittsburgh, Pennsylvania. Eggers started building the car in 1996. It took him six years to finish it.[1]

Eggers' Mercury started out as a four-door sedan. He built it into a three-door hardtop. One door on the left, and two doors on the right. In 2020 Vince Ciganik told Sondre Kvipt of Kustomrama that his friend Howard did everything on the car. "His primary job was working for a printing company, and he is a self-taught designer, fabricator, mechanic, painter, and upholstery guy." The list of modifications include a 2 1/2 inch section job, a chopped top, 1957 Buick rear quarter panels, canted quad headlights, a 1958 Chverolet front bumper, and a 1955 DeSoto grille.[1]

In 2020 Howard considered selling the car. "He is 83 years old, and it's time to sell some of his cars," Vince told Kustomrama. In addition to the 1951 Mercury, he also had a 1941 Mercury Coupe and a 1946 Pontiac Coupe. Howard doesn't have a computer, so if you are interested in some of his cars, you can get in touch with Vince Ciganik at vince.ciganik@gmail.com.[1]

Please get in touch with us at mail@kustomrama.com if you have additional information or photos to share about Howard Eggers' 1951 Mercury.