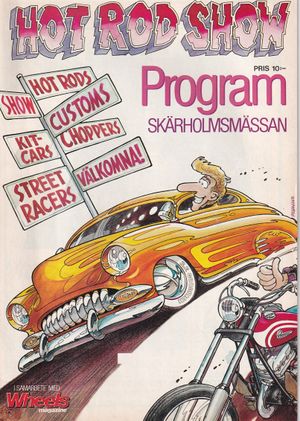 
One noteable thing is that the same Friday night February 28 when all exhibitors came with their vehicles, the Swedish prime minister Olof Palme was killed in Stockholm.

Please get in touch with us at mail@kustomrama.com if you have additional information or photos to share about Hot Rod Show 1986 Skärholmen.