As it appeared in Trend Book 197 Custom Cars 1961 Annual. Photo by George Barris. 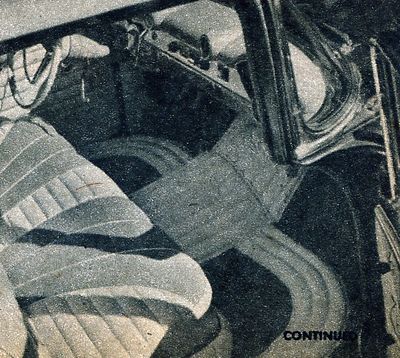 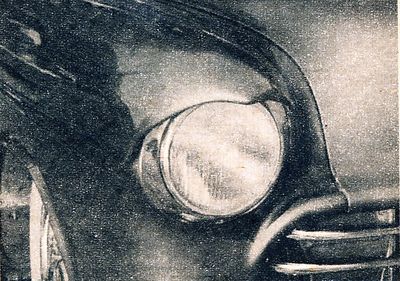 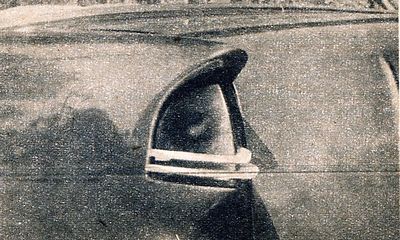 1955 Chevrolet owned and restyled by Satan's Angels member Gordon Burham of Pleasanton, California. Gordon believed in building his own custom, therefore he spent about two years building this built for show sedan. The doors were shaved for door handles, and were electrically operated. The unique front had a rolled front end, formed from 3" tubing, so the nosed hood was recontoured to fit the new molded grille shell.The grille cavity was fit with a split tubular bar assembly. The headlights were shaded in a sort of a beak-like way, and the park lights were filled. The wheel wells were flared and all chrome was removed. Custom exhaust were cut into the fenders, trailing onto the rocker panels. The taillights were 1954 Lincoln units that were shaded and frenched. Two frosted plastic cross sections were added, and the license plate received a special housing. The car was drastically lowered by installing blocks and cutting the coils. It was fit with spotlights and painted Purple Pearl.[1] The interior was upholstered by Fremont Upholstery in white Naugahyde with contrasting lavender fabric forming sweeping patterns on the seats and doors, and almost all of the interior hardware was chromed.[2]

Please get in touch with us at mail@kustomrama.com if you have additional information or photos to share about Gordon Burnham's 1955 Chevrolet.