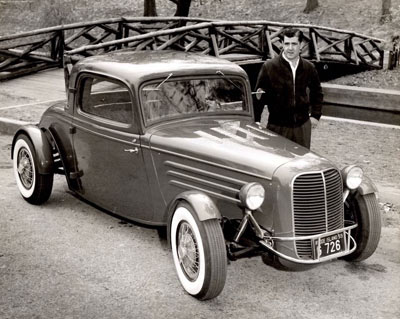 George Smaldone's 1934 Ford 3-Window Coupe. Built by George and his buddy Ralph Potter, the build was started in 1954 and completed in 1957. 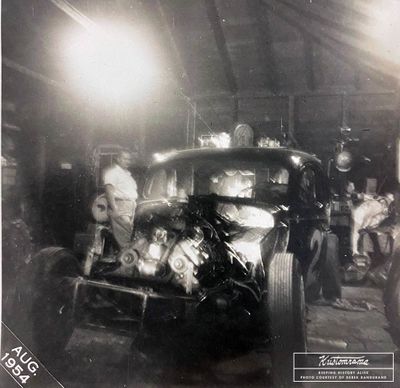 A photo of the race car that George built and won 3 track championships with. photo courtesy of Derek Dandurand. 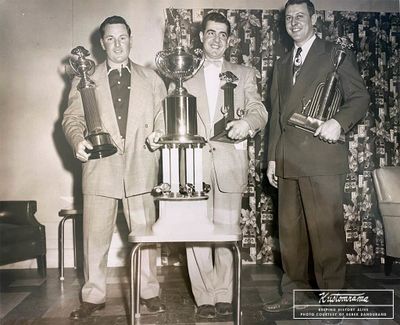 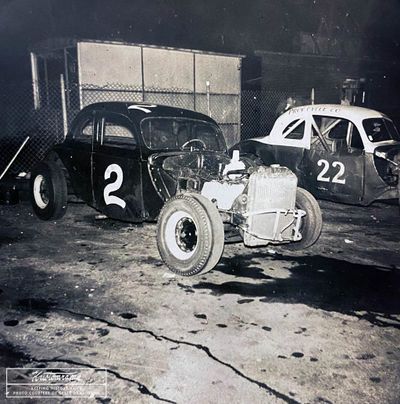 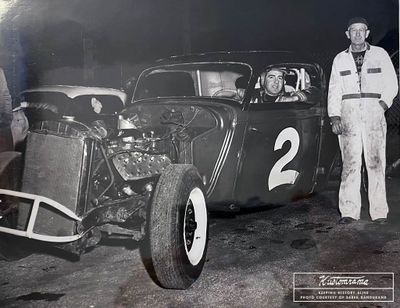 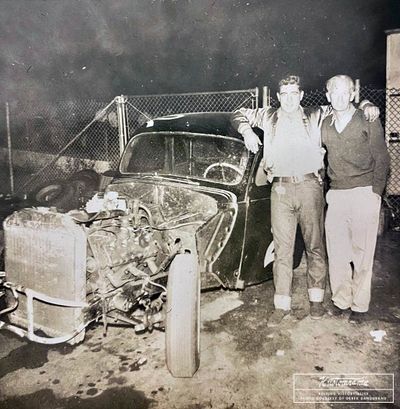 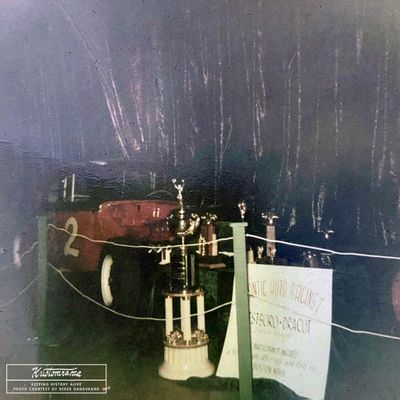 George Smaldone of Cranston, Rhode Island. In June of 2021, George's grandson, Derek Dandurand, told Sondre Kvipt of Kustomrama that his grandpa started racing stock cars at Seekonk Speedway in 1949. "By the early 50s he was unstoppable. He won his first Track Championship in 1953 and continued to dominate until 1955! He was the first in Seekonk history to win three championships in a row."[1]

According to Derek, his grandpa was always working on cars. "He had Austin Martin's, he had Jaguars, MGAs, etc… but his last car was a 1980 MGB Roadster that he swapped out the 4 cylinder 4 speed and dropped in a V6 Camaro 5 speed! He finished it right before he died when he was 87 years old!"[1]

Please get in touch with us at mail@kustomrama.com if you have additional information or photos to share about George Smaldone.