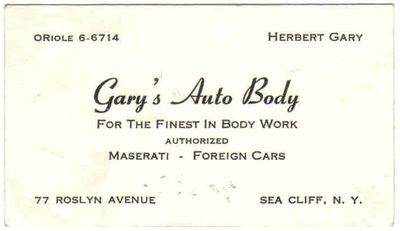 The shop with Herb Gary's 1949 Plymouth sitting outside. 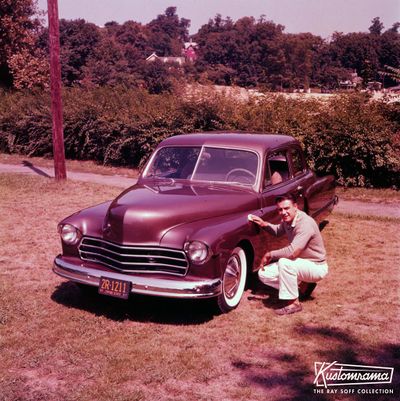 A photo of Herb with The Aztec from The Ray Soff Photo Collection. 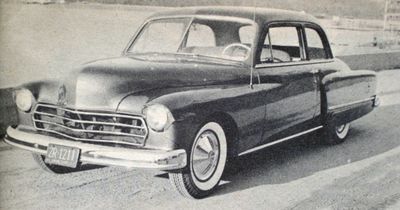 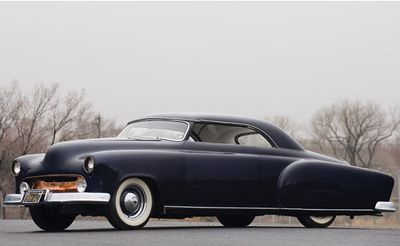 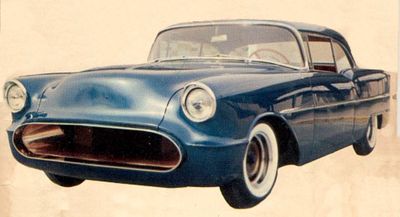 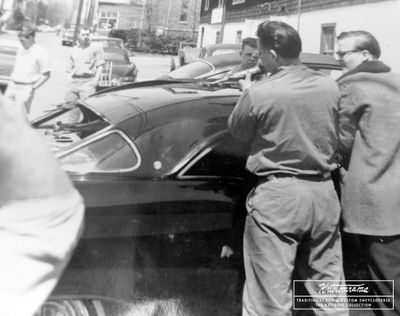 A photo of Russ Grady's 1957 Oldsmobile that was developed in April of 1962. After coming second at the 1960 National Champion Custom Car Show in Deotrit with the first iteration of the Olds, Russ decided that he had to make it more radical in order to take home the first place trophy. He returned to Herb's shop where the front end was modified further. Herb also installed a plastic roof and gave it a fade paint job before the car returned to the circuit. This photo shows Herb and some of his helpers in action, cutting out the roof skin on the car, making it ready for its plastic insert. Photo from The Ray Soff Photo Collection. 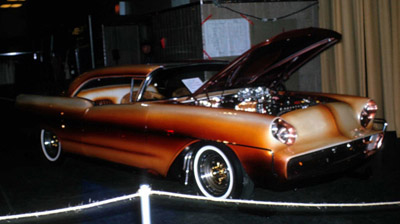 The second version Russ Grady's 1957 Oldsmobile as it appeared in 1962. 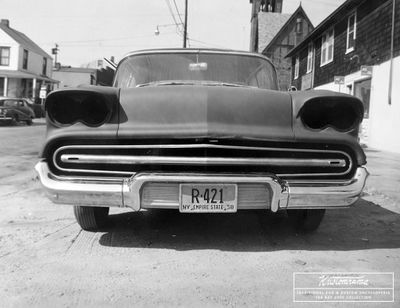 A construction photo of Andy Southard's 1958 Chevrolet Impala taken in front of Gary's shop. The front end of Andy's Impala was restyled by molding the grille opening with two-inch tubing. A floating bar grille made from a chromed 2-inch bar was installed and bordered with a 1/2-inch solid rod. Photo from The Ray Soff Photo Collection. 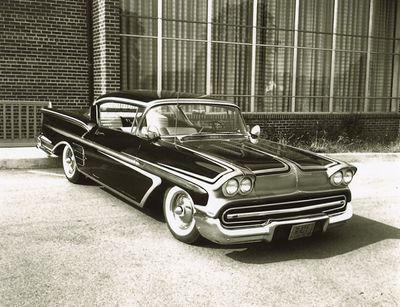 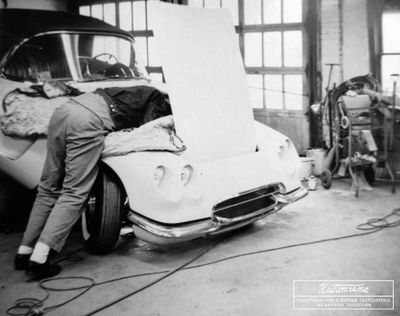 Hank Bornstein's 1959 Chevrolet Corvette being worked on at Herb Gary's Gary's Auto Body in Sea Cliff, New York. Known as "Pineapple Pearl" due to its color, the car made it onto at least a couple of magazine covers. Photo from The Ray Soff Photo Collection.

Gary's Auto Body was a custom shop in Sea Cliff, New York operated and owned by Herb Gary. Gary learned his trade solely from reading magazines on the subjects and lists Neil Emory and Clayton Jensen of Valley Custom Shop, and their creations such as the Polynesian as the impetus for his work. Unlike many other customizers, Gary learned his craft entirely on his own, and that included a long list of abilities such as hammer-welding and sectioning. He never used any filler of any kind, whether plastic or lead. When a job first called for a specific shape, panels were hand made from sheet stock and hammer-welded in place. During the seventies, customizing was not popular and Herb began doing bodywork on automobiles such as Rolls Royce and Mercedes Benz.[1]

Please get in touch with us at mail@kustomrama.com if you have additional information or photos to share about Gary's Auto Body.