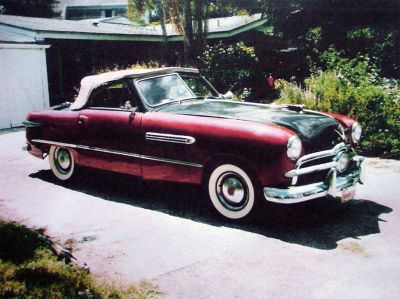 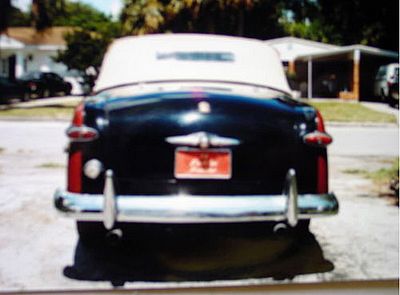 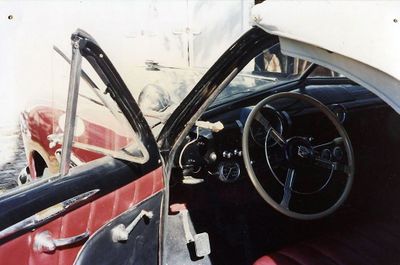 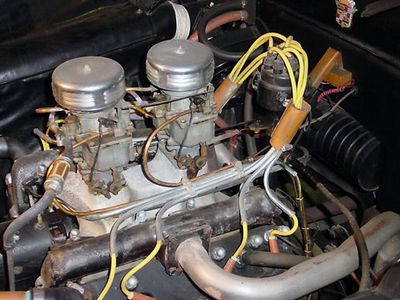 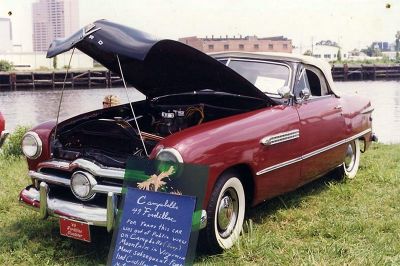 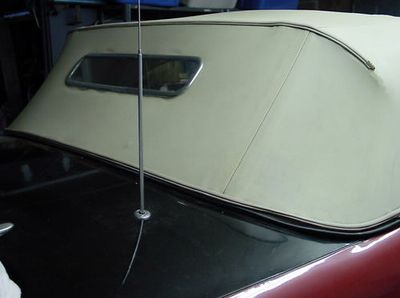 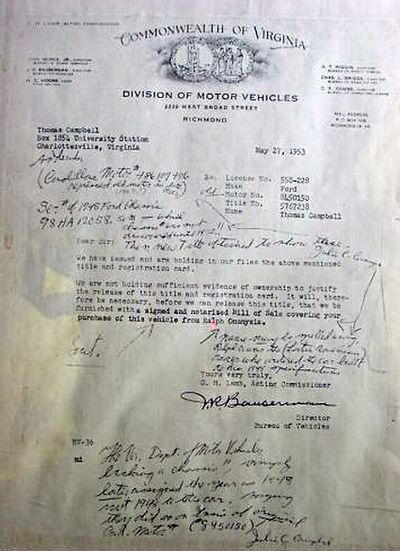 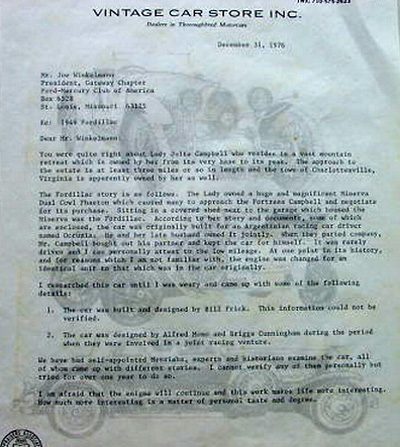 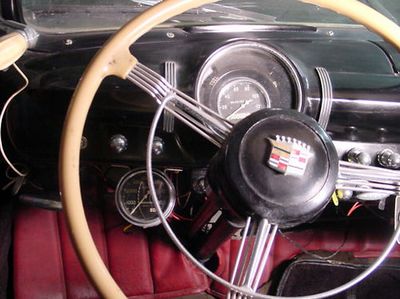 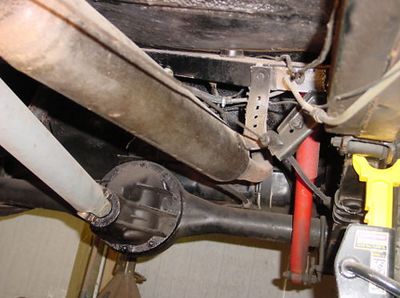 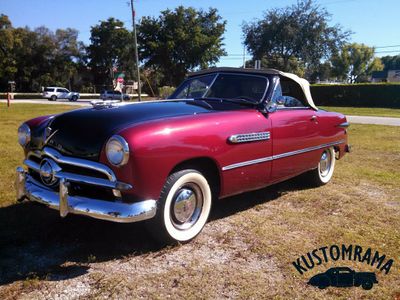 The Fordillac as it sat when it was advertised for sale in South Florida in November of 2014. 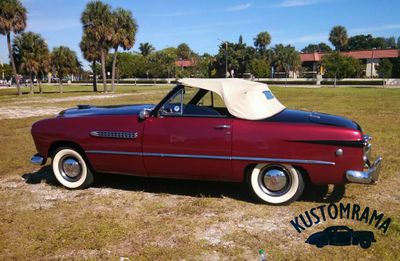 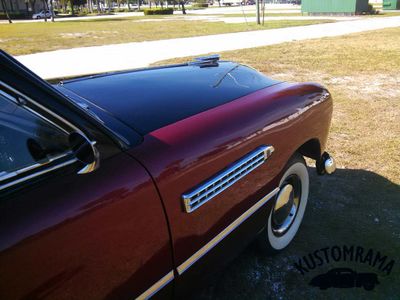 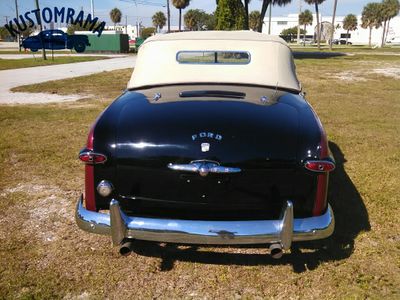 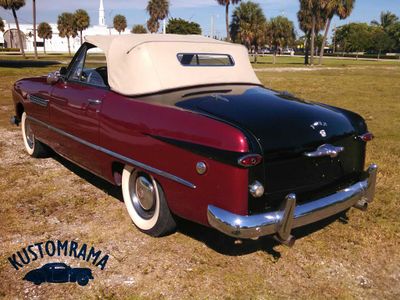 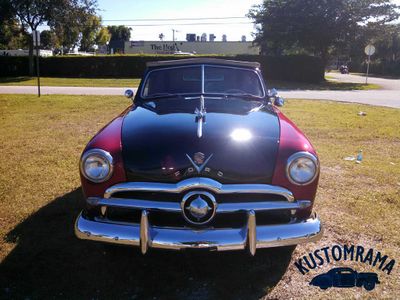 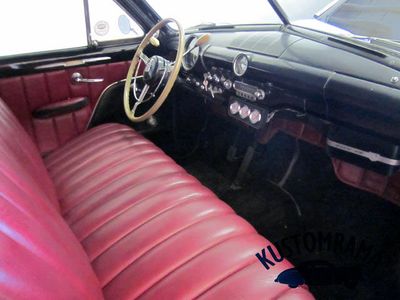 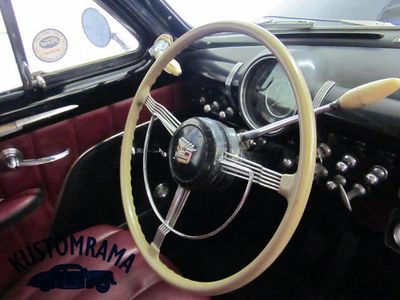 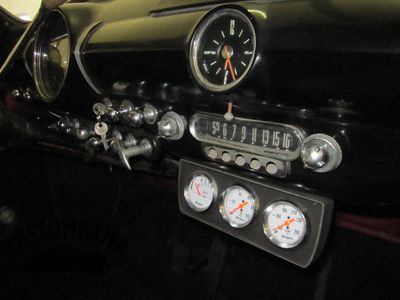 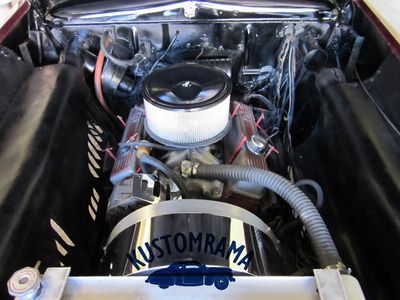 1949 Ford Business Coupe restyled by Briggs Cunningham and Bill Frick Motors of Long Island, New York for the soup baron Thomas Campbell of Virginia. The car was built in the early summer of 1948 on a new factory body. R. Kieft modified the body by removing the rear seat area, relocating the front seat and cowl rearward to achieve better weight ratio. The front fenders were extended 19 inches and it was equipped with a 1948 Cadillac flathead V-8 engine and a shortened throw column shift transmission. The engine was fit with a strong clutch and Edmunds speed equipment. The dashboard featured Stewart-Warner mechanical tach and speedo. A custom top was made, which was fully functional to fold down The body was trimmed thru out with Cadillac emblems. The body was painted burgundy and black, and a matching upholstery was made as well. A single spotlights and hubcaps modified with Cadillac emblems wrapped up the style Upon Campbell's death in 1954, it was stored away on Campbell Mountain, Virginia along with his other fine autos. The car was shown some in the late 1970's and 1980's but remained mainly a barn queen. [1]

After Mr. Campbell died, Mrs. Campbell sold the car to a dealer, The Vintage Car Store. The store supposedly sold the car to a man that brought it to Florida. In Florida the new owner had a problem with the car running hot, and he decided to tear the engine down. He discovered a crack in it, and the engine was then replaced with another Cadillac engine. The ownershop after this is unknown, but somewhere down the road the engine was replaced with a Chevrolet 355 V-8. In December of 2010 the car was advertised for sale on eBay. At the time it ran well, and it was still fast. The documents belonging to the car were still there and it had only 09000 miles on the odonometer. The car was located in Tampa, Florida, and the starting bid was $45000. In November of 2014 the car was located in South Florida. It was then up for sale again. A bare metal respray had just been completed, and the current owners had been working hard getting it back in shape.[2]

Please get in touch with us at mail@kustomrama.com if you have additional information or photos to share about Thomas Campbell's 1949 Ford.