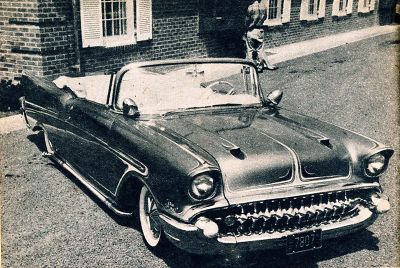 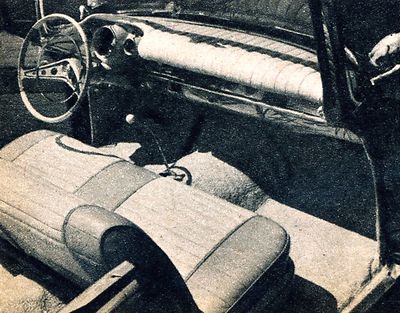 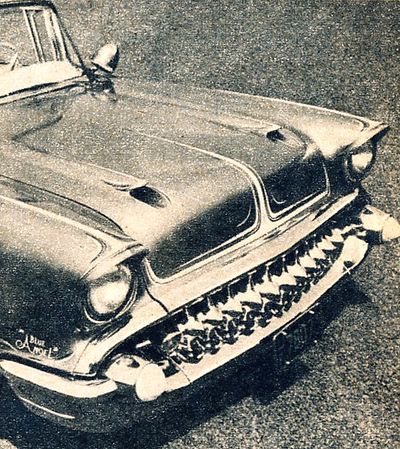 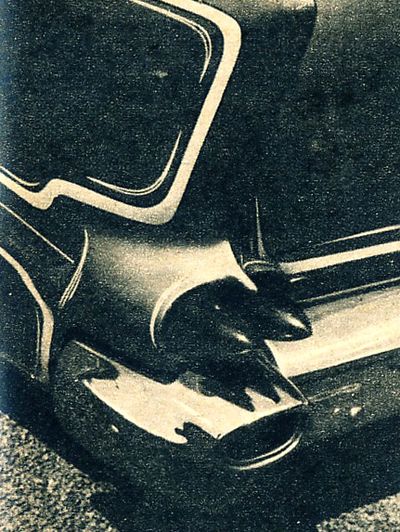 1957 Chevrolet Convertible owned and restyled by Errol Huttle of Elizabeth, New Jersey, with the help from Pete Spickler. The car was nosed, decked and shaved for door handles. The hood rockets were transformed into hood scoops, and aerials were installed in a horizontal position. The grille was a 1953 Chevrolet unit, with extra teeth added. The parking lights were relocated where the bumper bullets where. The rear bumper was from a 1957 Chevrolet wagon, and the rear fenders were extended 4", dual 1959 Cadillac taillights were installed in a custom housing. The side trim was stock, however it was shortened and the upper pieces were removed. The car was lowered by cutting the coils up front and installing lowering blocks in the rear. The body was painted Bahama Blue, and the interior was stitched in light blue and off-white pleated and rolled Naugahyde by Haro's Custom Interiors in Elizabeth, New Jersey. Accessory hubcaps and side pipes wrapped up the style.[1]

Please get in touch with us at mail@kustomrama.com if you have additional information or photos to share about Errol Huttle's 1957 Chevrolet.