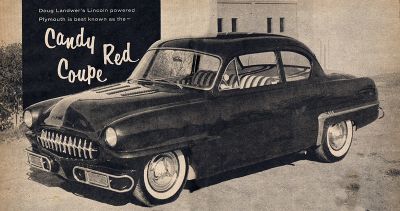 As it appeared in September 1959. Photo by George Barris. 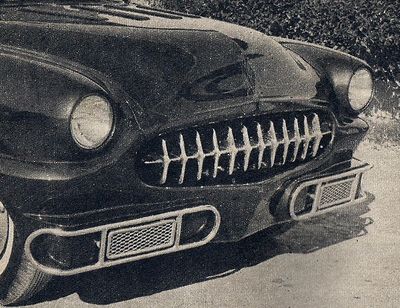 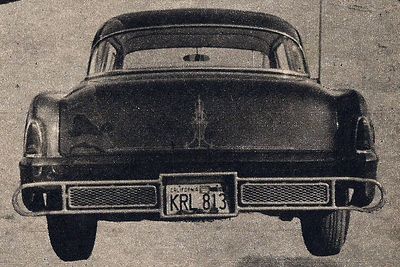 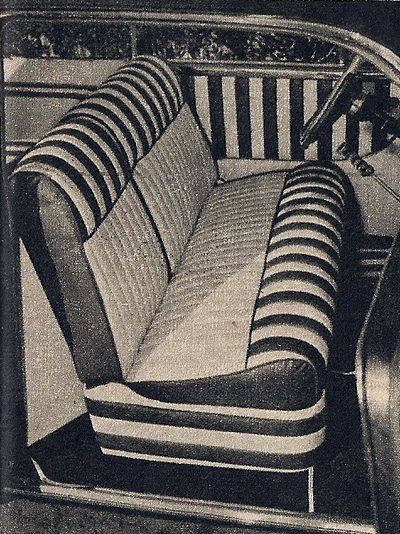 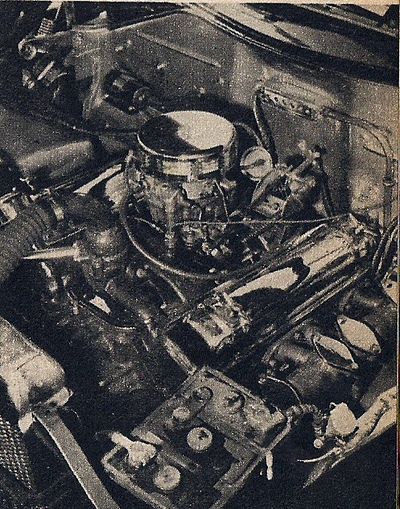 1953 Plymouth owned and restyled by Doug Landwer of Bakersfield, California. 17 years old Doug did all the custom work by himself, except for paint and upholstery. The deck lid was shaved and converted to electrical solenoids. The stock taillights were retained but custom Nerf bars were installed in favor of the original ones. Mesh screen were used to fill the rectangular space in the Nerf bars. A special frame was made for the rear license plate. The rear fenders were molded in for a cleaner appearance. The grille shell was reshaped and a Corvette grille was inserted. Doug shaped a new belly pan with a center peak to match the peak on the shaved and louvered hood. Nerf bars surroundings were shaped into the front as well. The headlights were frenched by using stock rings. The body was dechromed and the doors were electrically operated by solenoids. The exhaust pipes were fit in front of the rear wheels. They said it could not be done, but Doug installed a 1956 Lincoln mill in the small Plymouth compartment which was kept cool by the fully louvered hood. J & L Top Shop upholstered the interior in pleated and rolled two tone scheme of red and white Naugahyde. Once the bodywork was done, it was painted Candy Apple red, hence its name "The Candy Red Coupe". As a final touch, Doug added a set of Dodge Lancer hubcaps to it.[1] The upholstery was supposedly done in Mexico, and Doug sold the car to a fellow car club member. Doug's sister believes Doug was a member of The Dusters car club.[2]

Please get in touch with us at mail@kustomrama.com if you have additional information or photos to share about Doug Landwer's 1953 Plymouth.