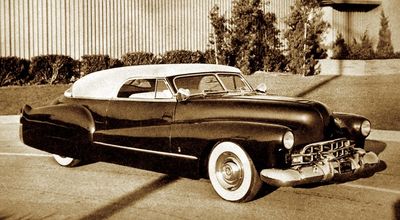 At the Compton Drive-In. 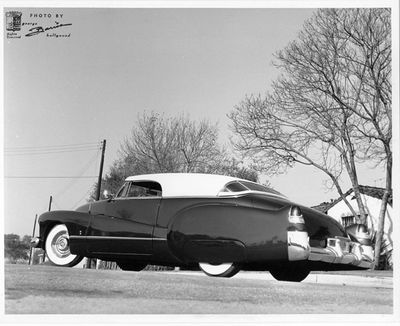 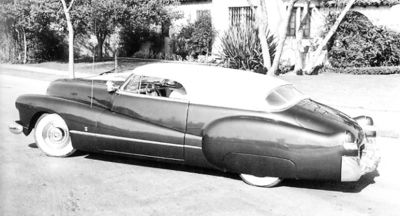 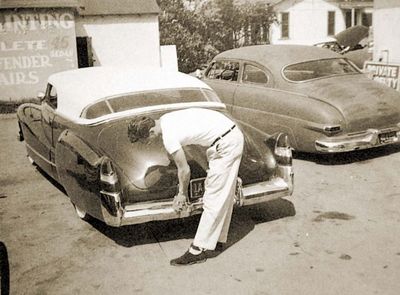 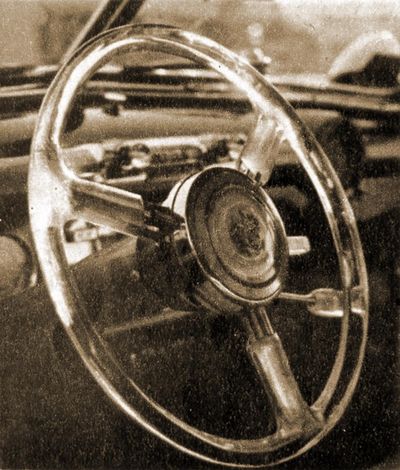 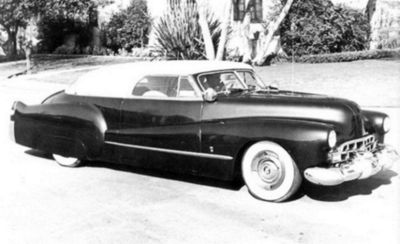 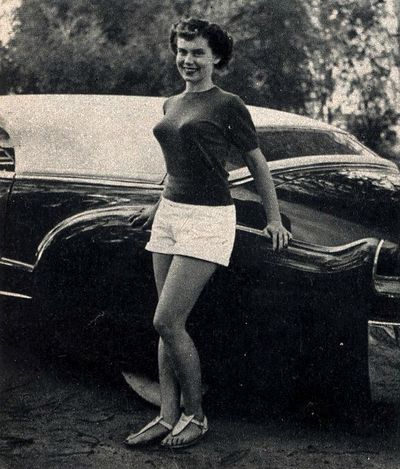 1947 Buick restyled by Barris Kustoms for Don Vaughn. The car was almost identical to Ben Mario's 1947 Buick. The car was given a full Cadillac treatment, including 1951 Cadillac rear fenders and taillights, a chopped 1948 Cadillac grille, and a DeVille type top was made by Gaylord. The rear section of the top was removable. The car was upholstered in grey and white Naugahyde. The hood was shaved and molded into one piece, and had its hood latches removed. The peaks on the hood went vertically down to the grille. The skirts were formed from sheet stock. Deck lid was taken from a 1942 Buick Super Convertible which was smaller than the original. Most of the chrome was removed, and doors and deck lid were pushbutton operated. The car was painted organic lacquer. Dual spotlights and Cadillac Sombreros wrapped up the style.[1]

Please get in touch with us at mail@kustomrama.com if you have additional information or photos to share about Don Vaughn's 1947 Buick.