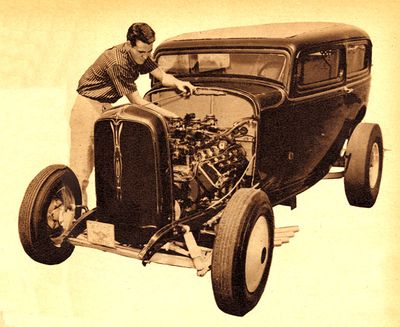 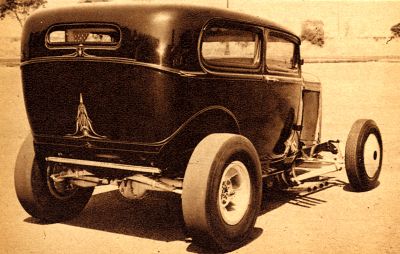 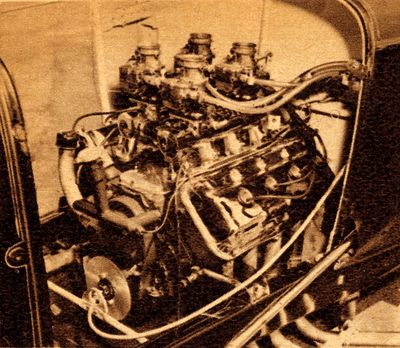 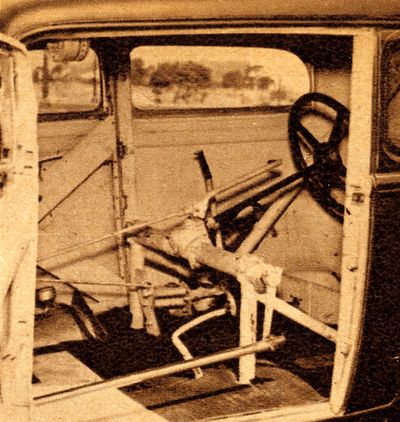 1932 Ford Two-door Sedan built by its owner Don McBride along with Earl McBride. The top was chopped 5 inches and the front was lowered 3 inches by dropping the axle. The suspension were left alone stock for except the front end tube shock absorbers. The fenders were removed and the grille was blanked-off for dragging. The hopped up 1953 DeSoto engine was moved 25 % further back to concentrate more weight on the rear wheels. The driver was placed in the back seat area, center steering was reworked 1932 Ford. The blue body was striped all way around. The hot Hemi featured a 3 7/8 bore, stock stroke and displaced 295 cubic inches. It also had a Herbert cam, tube push rods, Roller-Tappet lifters Jahns pistons and four Holley 48 carburetors. The locked rear end ran 4.56:1 ring and pinion ratio. The dragster raced on 15" mag wheels.[1]

Please get in touch with us at mail@kustomrama.com if you have additional information or photos to share about Don McBride's 1932 Ford.