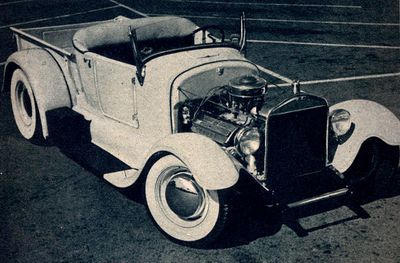 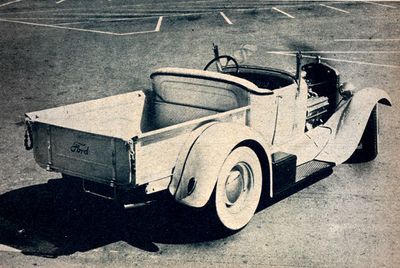 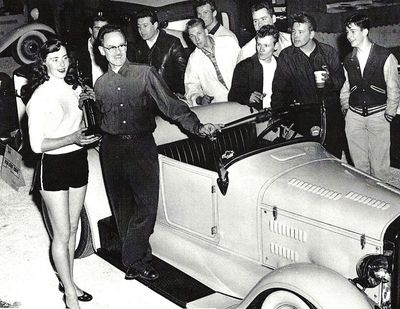 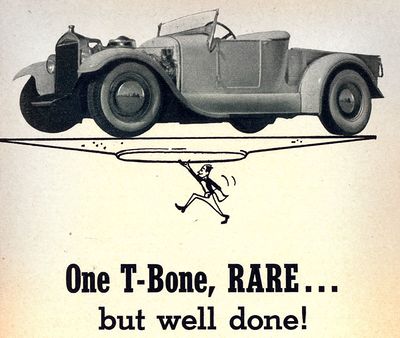 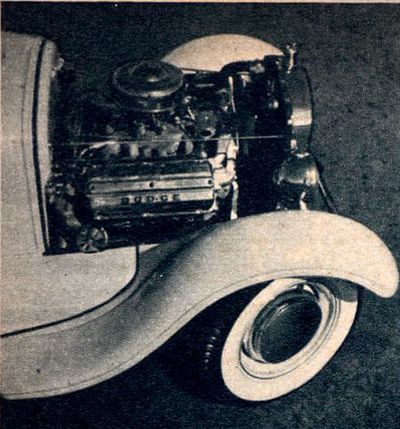 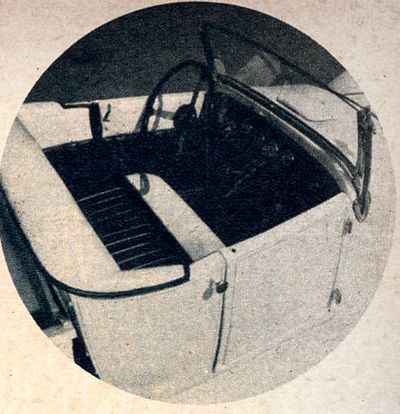 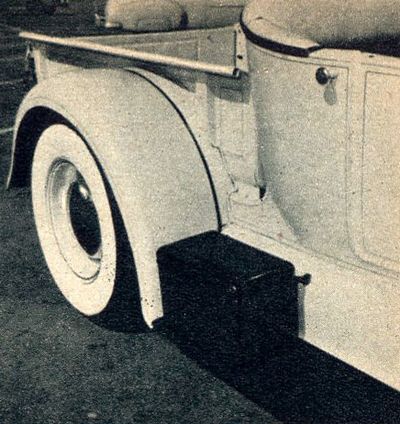 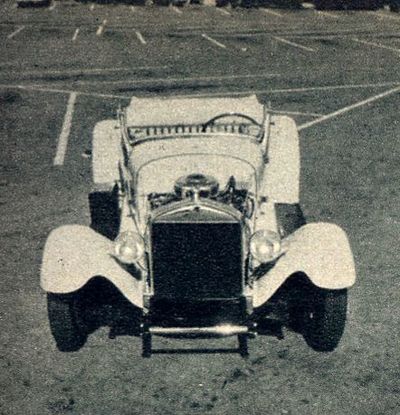 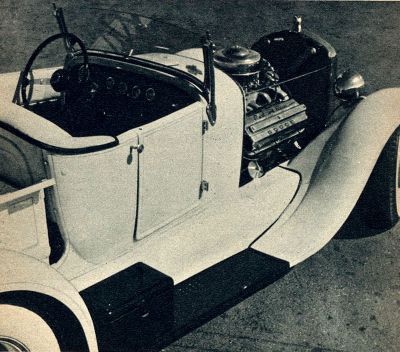 1927 Ford Model-T pickup owned by Don Hentzell of the Western Wheel and Rim Service in Oakland, California. Don's neat little roadster took him two years and $2000 to build. It was used to haul wheels and rims around town according to Rod & Custom November 1954. The roadster pickup was fit with a 1953 Dodge red ram engine, and easy turned 100mph at the drags. The engine was equipped with an Offenhauser manifold, quad Stromberg carburetion, Mallory coil and condenser. Two stock Dodge exhaust manifolds, both originally intended by the manufacturer for the right side of the engine were used. This gave a separate manifold for each bank of cylinders, and simultaneously does away with the inefficient cross over pipe . A 1939 Ford transmission was installed, along with 25 tooth Lincoln gears and a 10" Ford clutch mounted on a chopped Ford flywheel. The frame originated from a 1932 Ford, while the T-body sported 1929 Ford model-A fenders and running boards. The frame horns were bent up to support the pickup bed.[2]

A 1939 Ford contributed the front suspension, which was installed by using the split bone method. Steering gear, front axle and rear end was from a 1932 Ford. By 1959, the '32 Ford rear end was swapped with a 1940 Ford unit. The rear fenders had to be extended down 3 inches in order to clear the oversized rear tires. Taillights from a 1939 Ford were installed as well. Deep-dish rear wheels were made at Don's shopThe dashboard was fully equipped with Stewart-Warner gauges. The battery was hidden in an antique accessory model-t toolbox on the right running board. The interior was done in pleated Black leather with yellow roll trim.[3] Don became interested in building up a hot rod through the influence of the young men who came into his shop to have special wheels made for their own rods.[4]

Please get in touch with us at mail@kustomrama.com if you have additional information or photos to share about Don Hentzell's 1927 Ford.