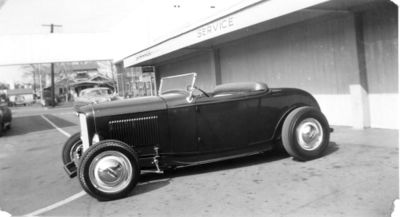 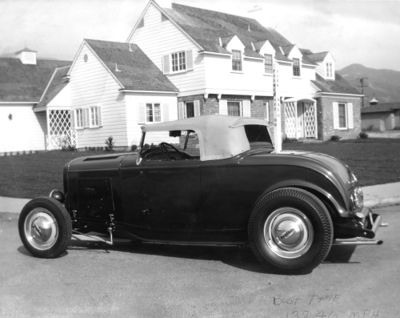 1932 Ford Roadster owned by Dick Price of San Bernardino, California. Dick's roadster was red with cream wheels. The roadster ran 137.00 mph on pump gas at El Mirage, it would have been a record, but Dick wasn't able to back it up. Dick sold the roadster in order to pay a lawyer for a divorce. After he sold it, the roadster was last seen at a gas station in Highland in the eraly 1950s.[1]

Please get in touch with us at mail@kustomrama.com if you have additional information or photos to share about Dick Price's 1932 Ford.