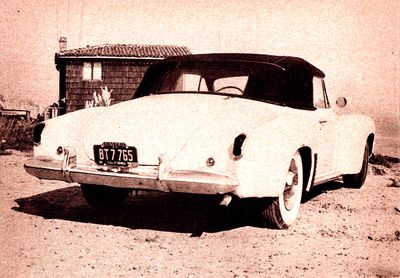 As it appeared in Rod & Custom June 1954. Photo by Arnold Berman. 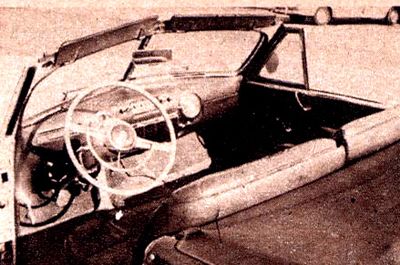 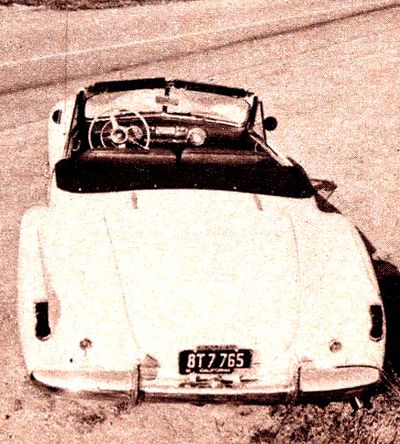 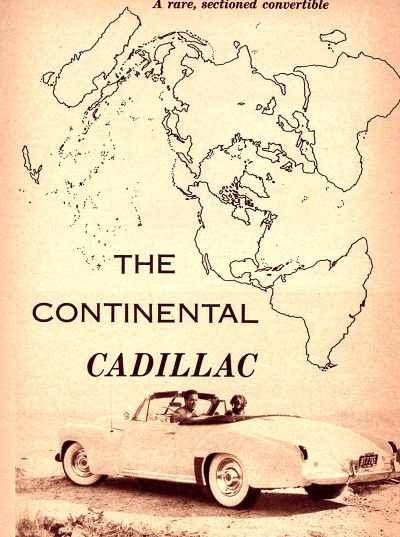 1941 Cadillac designed and built by Dean Fellows of Rochester, New York in August 1949. The car was lowered seven inches without any frame modifications. The body was not channeled, however it was sectioned all the way arouind making the car look low, standing only 40 inches from the ground to hood. A metal strip of approximately 8 inches was removed and the to halves of the body was welded together. The fenders were repositioned higher on the body and welded to the body. The doors measured 28 ½ inch from top to bottom, but this did not affect the cars front and rear capacity nor luggage compartment at all. Small fins were adapted to the rear fenders, giving the car a more early 1950s style. A scoop was made on the hood to give space to the carburetor. The grille was orginial, but was moderately reworked to conform a new design. The deck lid was smoothed, and the license plate was mounted to the bumper. The windshield frame was not chopped, and the black top operated as it did before the car was sectioned. Once the bodywork was done, it was painted metallic blue.[1]

The interor was nicely done with a nice saddle-shop appearance in top grain cowhide which covered all the seats and the door panels. Even the dashboard was covered in rich brown leather. When the rear seats were not in use, a Tarpaulin covered them.[2]

When it first was done in 1949, it sported a stock engine, however when it was featured in Rod & Custom June 1954, the engine featured milled heads, and a Crawford dual point distributor plate. With its HydraMatric transmission, it accellerated from 0-60mph in seventeen seconds. In average use, the car used just under 14 miles to the gallon. The car was fit with 8.20-15 tires and 1947-52 Cadillac Sombreros.[2]

In November 1949, the car was sold to Alan Fordney of Malibu, California. Alan went to Walter Storer in Stockton to install a new exhaust system. Alan wanted a straight thru type of muffler wihich he wanted to be as quiet as possible, Alan preferred cars that whispered. He had driven it several times deep into Mexico over a variety of roads ranging from paved highways to rutted dirt paths. It only weight 3000 pounds, and it was equipped with tubular air-craft type shock absorbers which give the car a smooth roadability. By June 1954, it had been repainted white.[2]

Please get in touch with us at mail@kustomrama.com if you have additional information or photos to share about Dean Fellows' 1941 Cadillac.