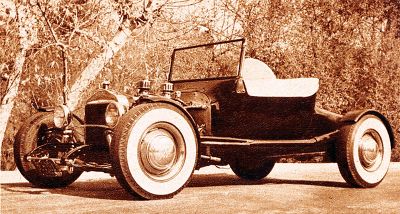 As it appeared in Rod & Custom April 1954. Photo by Spencer Murray. 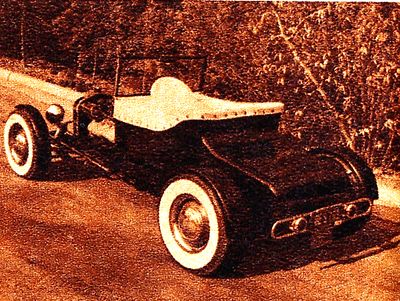 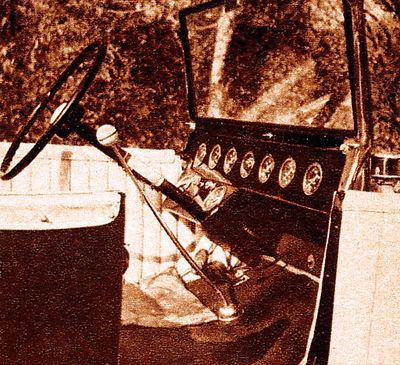 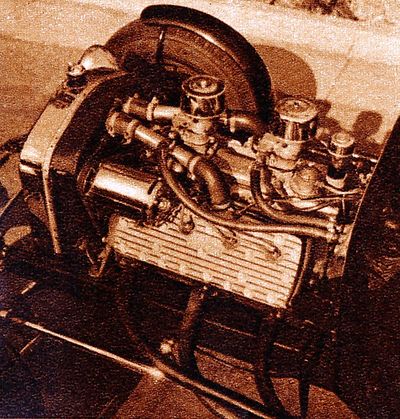 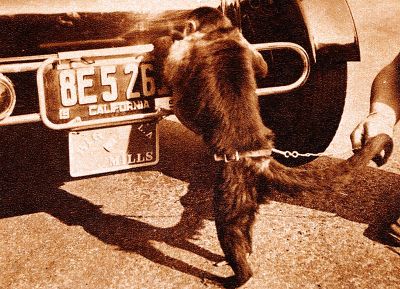 This is Cousin, Dave's monkey. Photo by Spencer Murray. 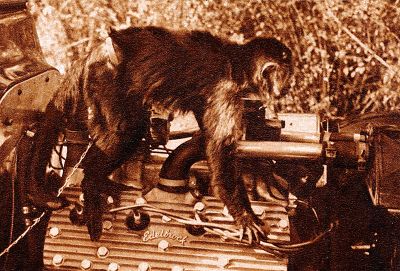 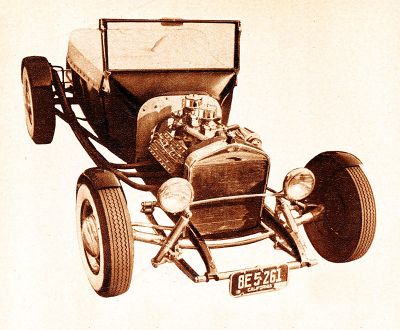 1924 Ford Model T owned by Dave Patton, of San Marino, California. Dave was actually nephew of the famed late General Patton. Dave on the other side, worked as a Cadet at West Point, New York, this made him being away from California most of the time. He got thirty days vacation in the summer, and 11 days at Christmas. Due to this, Dave had little amount of time to build his own Hot Rod that he wanted so badly, so his friend assigned as a scout to find a proper car for him. During the summer of 1953, he found a perfect jalopy that fulfilled Dave's requirements! He drove his newly purchased dream car home, and began rendering and add small details that he thought the car was lacking.[1]

The car itself by the time, was one of the most unusual street roadster out there. At first glance, it looked as a regular T, but when you came closer, you would notice many strange and interesting features, such as the slightly unorthodox front end assembly. Below the chromed Ford T radiator, shell, a pair of strangely long, downward curving frame horns were anchored to a set of chromed parallel leaf springs which ran beneath the rails to a point midway between the radiator and the body. The frame and the entire front suspension, was actually from an old Franklin air-cooled car. The front axle was a tubular axle, chrome plated. Since it sits on fore-and-aft springs, it did not need any radius rods. Because of the difficulty in attaching hydraulic brakes to the Franklin spindles, it was only equipped with brakes in the rear, which was more than enough to stop the 1780 pounds heavy car. The frame was narrowed and shortened to fit the Model T body. The rear end was a 1940 Ford unit, containing 3.27 gears. The driveshaft was shortened to fit the wheelbase. The engine was a 1947 Mercury, that featured a port and relieved job along with a full electronically balancation, to knock off vibrations. . It was also bored out 3/16", and equipped with a full race cam made by Dave's friend in his private machine shop. It also had race pistons, Edelbrock heads, and a Weiand two jug manifold. Dave constructed the over-the-frame headers by himself. The transmission was fit with a set of 26-tooth Zephyr gears.[1]

The body was from a 1924 Ford Model T, fit with a small 1922 Ford tail section. The body was channeled 4" over the frame and the rail kickups. The Ford rear end, spring and shocks were neatly encased inside the small turtle deck. The exhaust was routed through the pipe alongside the body, going up between the rear wheels and the body. Small diameter mufflers were stuffed in the end of the tailpipes to satisfy the law. By removing a set of screws, the mufflers can be eliminated from the exhaust system, going through a straight pipe. The tiny cockpit featured a dash with nine Stewart-Warner gauges, which were for the fuel pressure, oil pressure, vacuum, amps, water temp, oil temp, tachometer and a speedometer. The battery was placed right beneath the right side of the seat. The sterering wheel was from a 1940 Ford. The tuck & roll upholstery was made of antique white leatherette. The fenders were made by cutting down metal spare tire covers, they were then mounted to the front spindle supports. 6.40-15 tires were installed up front, while 7.60-15 were used in the rear. The glistening black paint job was done by Seth Miller, of Pasadena, California.[1]

Please get in touch with us at mail@kustomrama.com if you have additional information or photos to share about Dave Patton's 1924 Ford.