Dave's Lincoln as it sat in August, 2010. Photo by Mitchell DeMoor 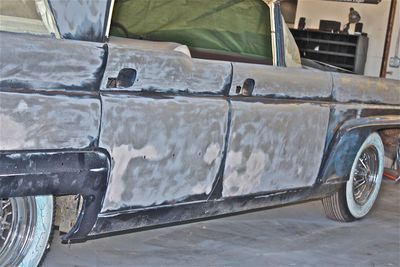 The Lincoln stripped for bumpers, trim, and chrome with most of the old paint removed. Photo by Mitchell DeMoor 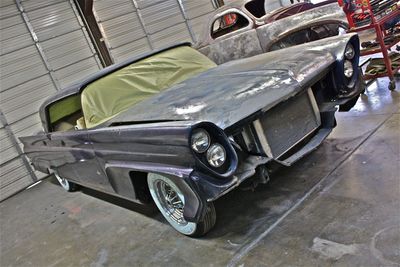 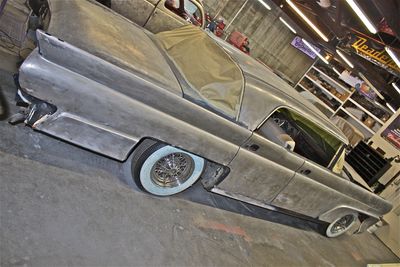 The passenger side stripped for paint. Photo by Mitchell DeMoor 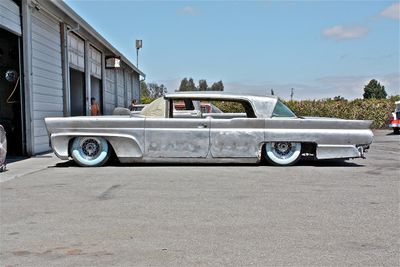 The Lincoln lowered, and rolled outside the shop for a better look. Photo by Mitchell DeMoor 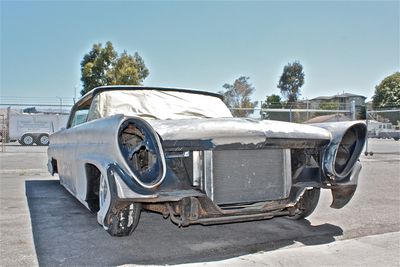 1958 Lincoln Premier restyled by Gambino Kustoms for Beatniks member Dave Hitch. Dave bought the car from his friend Dave Dalli. Dave wasn't too keen about the car in the beginning, but knew that with an Alex Gambino Panel Paint job the car would look bad ass. The car arrived at the Gambino Kustom shop for a restyling on the same day that the legendary car painter Larry Watson passed away, so as fate would have it Alex Gambino and Dave Hitch decided to turn the Lincoln into a Larry Watson tribute creation featuring a simple but bad ass 1960s show car look.[1]

The build started in August 2010 by stripping the car for its bumpers, chrome and other unwanted chrome, before all traces of old paint were removed.

Please get in touch with us at mail@kustomrama.com if you have additional information or photos to share about Dave Hitch's 1958 Lincoln.