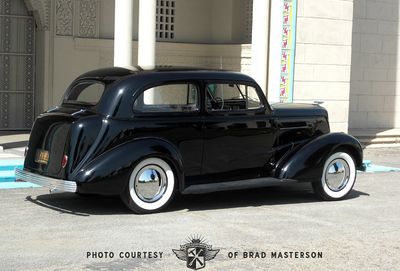 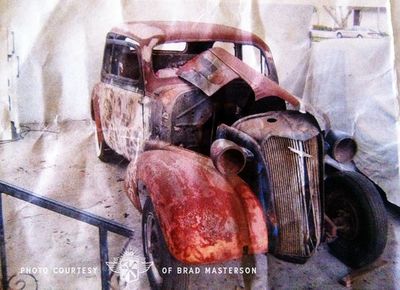 The Chevy as it appeared when Brad Masterson of Masterson Kustoms began his magic. 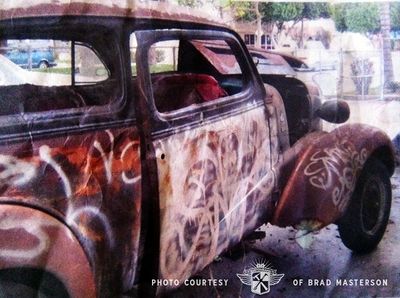 It had been sitting in an alley in Paramount, sandblasted and neglected. 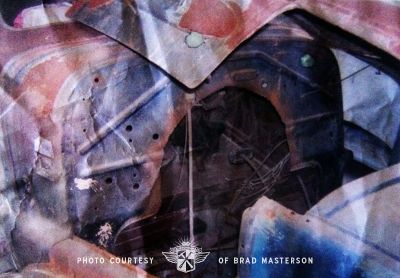 The firewall had been cut in an attempt to make it into a gasser in the 1960's. 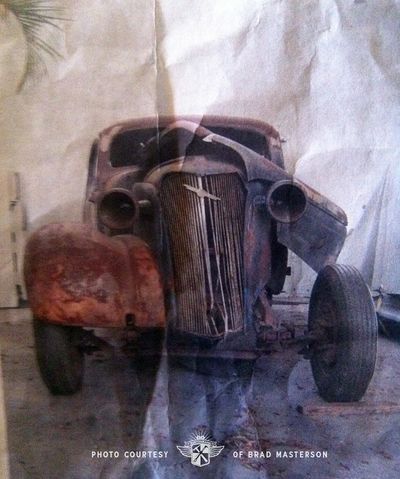 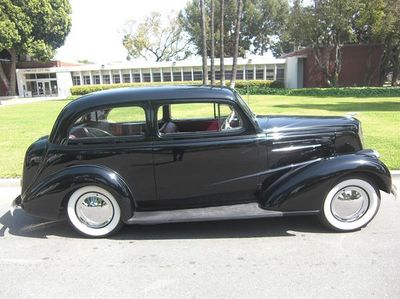 At the Lynwood City Hall. 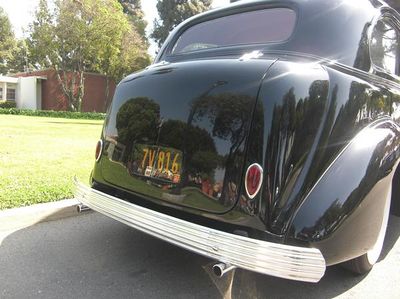 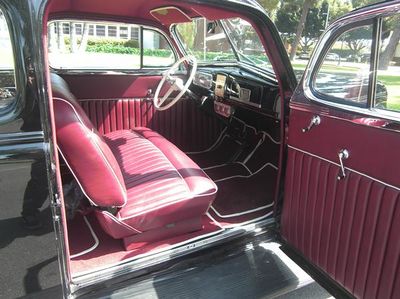 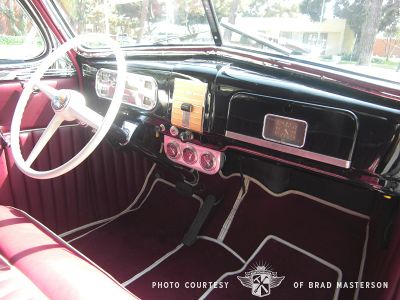 1937 Chevrolet restyled by Masterson Kustom Automobiles for Danny Kazarian, owner of Alondra Hot Wings restaurant, in Paramount, California. Danny heard about the Chevy, sitting outside in an alley in Paramount. He went over to see it one night, seeing it in the dark gave him the impression that it was a good and solid project. Danny was wrong, the morning after, he saw what he had bought, and it was not a pretty sight. The car had stood still for 40 years +, and was pretty beaten up. Danny took it over to Brad Masterson, of Masterson Kustoms to take a look at it. Danny told him he wanted a 30's "Gangster vehicle" to match his restaurant Mafia theme. Brad convinced him to do a mild 1940s style custom.They agreed to transform the old beater to a mild subtle 1940s custom.[1]

In 2007, all the rust was fixed, and the dents were pulled out, then the customizing could begin. The major job went into restoring it. The lower half of the car was non-existing, a three had fallen on the roof, and the firewall had been cut in an attempt to make it into a gasser in the 1960s. There were also remains of an old white and turquoise Naugahyde upholstery, and it was mildly lowered, but no outer body modification was done to itAt some point before Danny bought the car, it had been sandblasted, and then been neglected in the alley. Brad nosed, decked and shaved the door handles in order to achieve a cleaner appearance. Both trunk and doors were electrically operated. A set of 1939 Ford taillights were installed, along with a set of 1937 DeSoto ripple bumpers. The rear license plate was recessed, and secured by glass. Up front a set of 1946 Chevrolet truck headlights were installed. The engine that came with it was a later model six cylinder, which was rebuilt and installed along with an automatic trans. Danny never cared to learn how to drive a standard trans, so this was his only stipulation, along with the color black. The interior was done by Mike Perez, in ox blood Naugahyde trimmed with white piping.[1]

In 2008, it was done. The car did well at local shows, however it was greatly overlooked in the custom car scene. The simplicity of the 1940s style was not big at the time the car was done.[1]

Please get in touch with us at mail@kustomrama.com if you have additional information or photos to share about Danny Kazarian's 1937 Chevrolet.