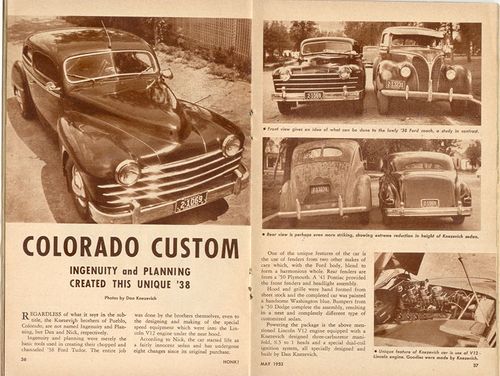 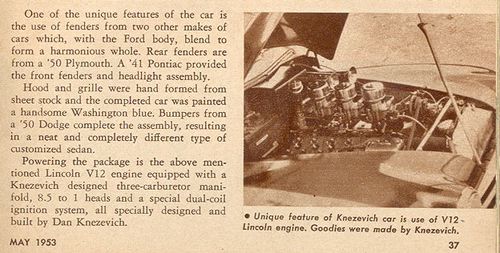 1938 Ford Tudor built by the brothers Dan Knezevich and Nick Knezevich of Pueblo, Colorado. Dan and Nick chopped and channeled the car. They also fit the car with rear fenders from a 1950 Plymouth, and front fenders and headlights from a 1941 Pontiac. Hood and grille were hand formed from sheet stock. The bumpers were 1950 Dodge. Once completetd, the car was painted in a handsome Washington blue. A Lincoln V12 engine was chosen as powerplant for the car. The brothers made their own three-carburetor manifold for the engine. The engine did also feature 8.5 to 1 heads, and a special dual-coil ignition system, both of these also designed and built by Dan Knezevich.

Please get in touch with us at mail@kustomrama.com if you have additional information or photos to share about Dan and Nick Knezevich's 1938 Ford.