A photo of the car possible before it was shipped to America. Notice the blackwall tires. 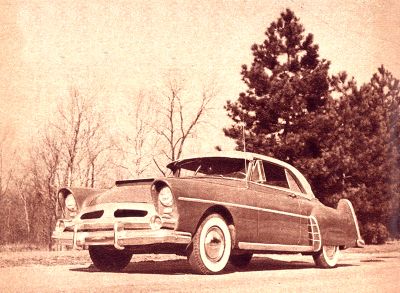 As it appeared in 1954. Photo by Spencer Murray 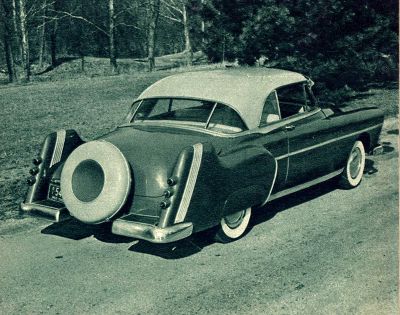 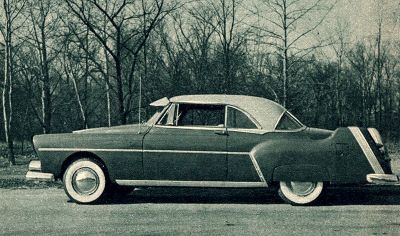 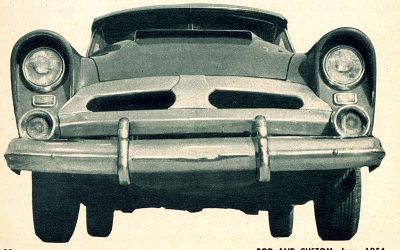 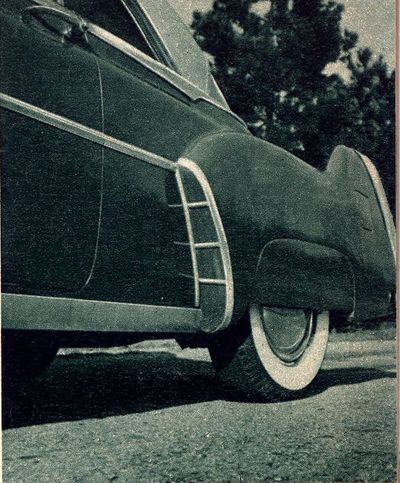 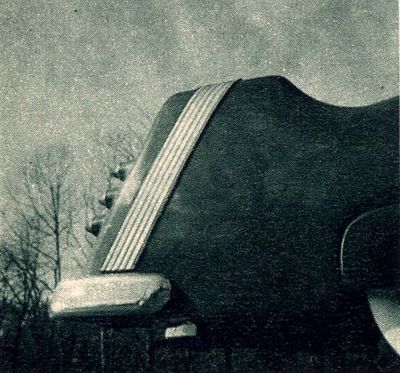 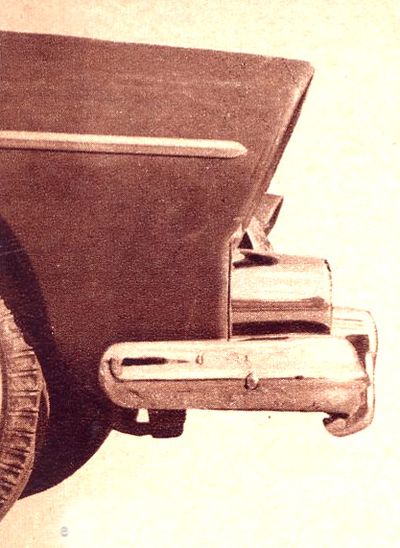 1952 Pontiac Catalina restyled by Spohn Coachworks in Ravensburg, Germany for an unknown overseas soldier. Dan Wylie of Dayton, Ohio traded the unusual car for a house trailer. Dan's Pontiac started out as a perfectly normal hardtop assembled in Germany. Not long after it had found its way to a new owner, it was taken to Spohn Coachworks in order to be transformed into a wild looking ride. The rear end was heavily inspired by the 1951 GM LeSabre concept car, while the front end received a typical "Sphon" treatment. Due to the unavailability of stainless steel and the high cost of chrome plating, Germans were forced to turn to polished aluminum for exterior trim. Instead of being finished with a bright luster that sometimes makes it difficult to distinguish aluminum from steel or chrome, Spohn moldings had a satiny silken appearance. The rather dull finish presents the perfect contrast to the usual bright red Spohn paint jobs.[1]

The radically upturned rear fender sections were another usual Spohn feature. The bold slash of polished aluminum on each fender is backed up by three taillights on each side. The top lamp was the directional indicator light, the center is the taillights, and the bottom was the stop light. The stock Pontiac bumper was cut in two, so that the trunk-mounted spare was visible around its entire circumference. The bumperettes were relocated further rearward to adequate protection for the continental kit. The leading edges of the rear fenders were altered to simulate air scoops. They were not functional. The Germans didn't believe that the Pontiac, or any other American car for that matter, needed rear brake cooling, so they were not trying to trick anyone to believe that the scoops were real, just a design feature.[1]

This custom had not been radically lowered, chopped or de-handled. Nor had it received any other modification that could cause driver discomfort. The car was perfectly capable of performance identical to any normal car of similar make and model. The overhang of the rear was not so excessive as to cause scraping or rubbing when entering or leaving a driveway. The lower body sides were not in any more danger of rubbing against the curb than a stock Pontiac as the stock ride height was retained.[1]

The front end featured another typical Spohn treatment, as large, polished aluminum panels were contoured to the shape dictated by the designer's drawings. They were fitted precisely into the opening provided between the massive headlights extensions. The nose of the hood was recontoured, giving a sloping effect which gave the driver greater road vision. This was done by removing the formerly blunt shaped hood to form one giant sweep of metal. As Pontiac owners may point out, the square shape of the hood was provided to cover the upper portion of the radiator, as any drastic reshaping would require alterations to the cooling system. In this case, the radiator was tilted rearward, thus retaining the stock size core and tanks.[1]

Please get in touch with us at mail@kustomrama.com if you have additional information or photos to share about Dan Wylie's 1952 Pontiac.