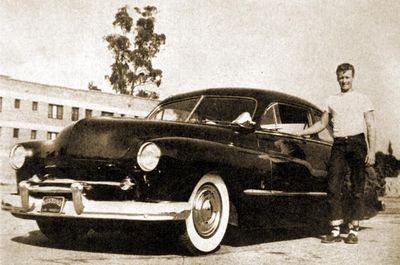 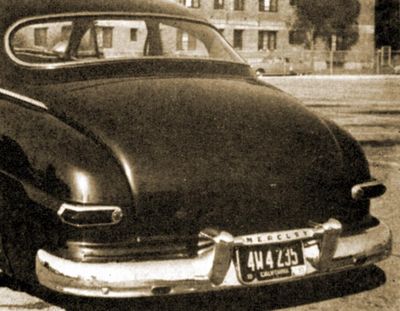 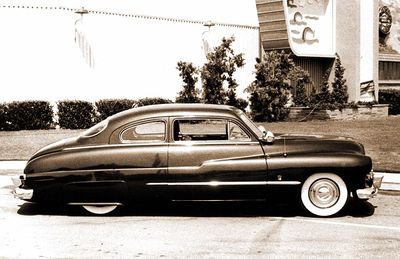 At the Compton Drive-In. Photo by George Barris 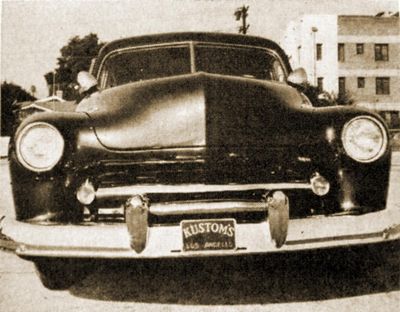 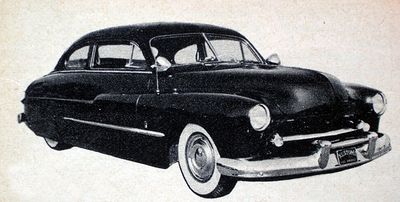 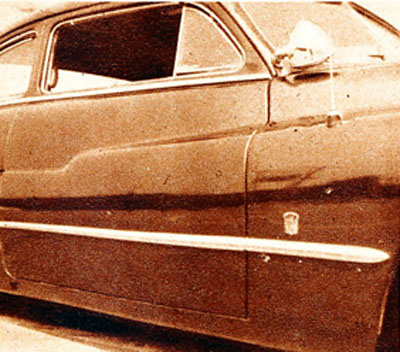 1950 Mercury customized by Barris Kustoms for Dale Marshall. The hood trim was removed, and a sleek conservative peak was added to the hood, and all four corners were rounded. The grille opening was molded to the fenders, and a floating grille bar with two integrated directional lights were inserted. Deeply recessed frenched headlights blended well with the grille styling. Trunk and door handles were removed and they were operated electrically by push buttons. All the emblems were also removed. Probably the most unique custom work was the clever illusion given to the rear fenders, utilizing the stock tailligths as basic groundwork. They were repositioned out from the edge of the fenders about an inch and a half. The gap between the fender and the taillight housing were filled with a section of tubing that faired into the stock fender crease. This made the fender line at the rear to change from a rounded appearance to a straight fender line. These few, but cleverly executed innovations round out the car in a solid appearance. Single trim spears were added to the body in order to give it a lower appearance. The exhaust outlets passed throug the rear bumper. Once the bodywork was done, it was painted deep bronze maroon. Barris added dual spotlights as a final touch.[1]

Please get in touch with us at mail@kustomrama.com if you have additional information or photos to share about Dale Marshall's 1950 Mercury.