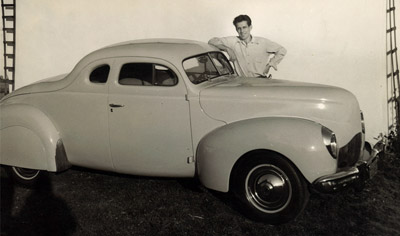 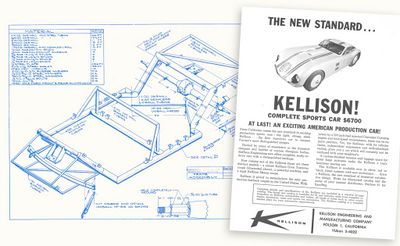 Chuck was involved in designing the original box-type frame for the Kellison J-4 model. These were sold as an alternative to using a salvage yard chassis and were priced at $650 in 1960.

Charles "Chuck" Manning was an aerospace engineer who built his own race car using old Ford parts. Known as the Chuck Manning Special, Chuck's race car beat the best sports cars of its day, including Ferraris and Allards, among others.[1]

Chuck grew up in Utah. Later on, he moved to California, where he began working as an aerospace engineer. Chuck worked primarily at Douglas Aircraft, but he also worked for the likes of North American and Aerojet, among others.[2]

Chuck made it a hobby of his to use his engineering knowledge and apply it to racing cars. He constructed a very light and rigid frame/chassis set up for the [[Chuck Manning Special]. After building the car, Chuck wrote several articles for Road and Track and other magazines about how to build your own race car. As many people asked for plans, he supplied these for $2 each. According to Chuck's friends, enough people sent him $2 in the mail that the authorities questioned if he was running a scam. Chuck wasn't running a scam. Instead, he was arming the special builder with the framework to compete against the big boys in racing at low cost.[2]

Before building the Chuck Manning Special in 1951, Chuck customized a 1939 Ford Coupe that he used for daily transportation. Chuck's coupe featured a lot of the same tricks that he used on the engine for The Chuck Manning Special race car. He made his own twin coil and fit them both with dual point distributors. The coupe was also used for racing, and a photo of Chuck racing the car at the Sandburg Hill Climb in late 1951 was printed in Motor Trend Magazine.[1]

Chuck was involved in designing the original box-type frame for the Kellison J-4 model. These frames were used on the first factory-built Kellison cars and separately available for use with the company's fiberglass bodies. The bare frames were offered for $650, while the factory-built J-4 Coupé had an introductory price of $ 6,700 in 1960.[3]

Please get in touch with us at mail@kustomrama.com if you have additional information or photos to share about Chuck Manning.