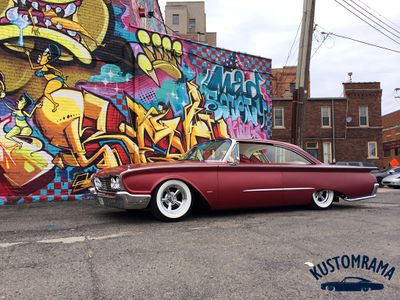 Chris' Starliner as it sat after the build was completed. Photo courtesy of Chris Herod. 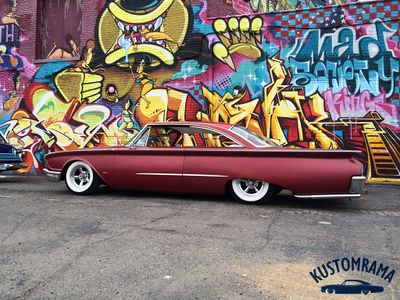 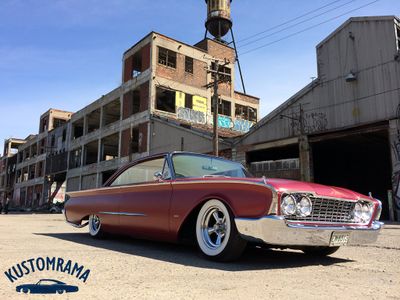 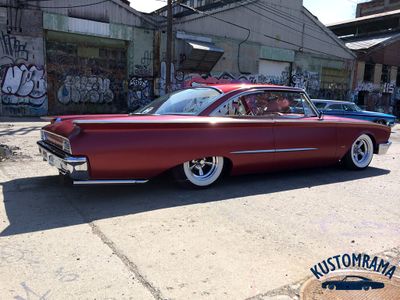 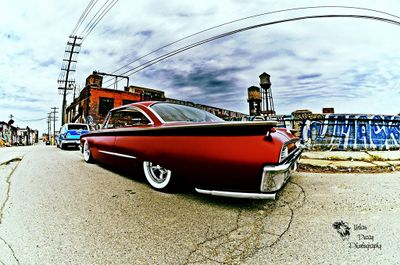 1960 Ford Starliner owned by Chris Herod of St. Clair Shores, Michigan. The Starliner was originally bought by Chris' grandpa, Bill Whetstone. In the early 1960s Bill owned a 1960 Ford Starliner that he had the Alexander Brothers restyle. Known as the Adonis, Bill sold his first Starliner in 1963. After Bill sold it, rumor has it that the Adonis sat outside and weathered for years. One weekend, while the owner was out of town, his wife supposedly called one of the local wrecking yards, and had them come and pick the car up. By the time the owner came back into town the car was crushed.[1]

In 1999 Bill wanted to recreate the Adonis, so he bought a well-preserved 1960 Ford Starliner. At the same time, John Schleicher of St. Paul was also starting on a clone of the Adonis, so Bill decided to abandon his build, and help John instead. Bill gave the Starliner he had bought to his 14-year-old grandson Chris. Chris' Starliner was nosed, decked, and shaved for door handles. The aluminum trim on the rear quarter panels and between the taillights were removed, and the side trim was shortened. Custom taillights, Astro Supreme wheels, and bellflower exhaust were installed before the car was lowered 5 inches up front, and 7 inches in the rear. Inside, the Starliner was fit with a white tuck and roll interior. The original Y- block was also rebuilt. Chris' Starliner was completed in June of 2002, and the crown jewel of the build is the original front license plate from the original Adonis.[2]

Please get in touch with us at mail@kustomrama.com if you have additional information or photos to share about Chris Herod's 1960 Ford.