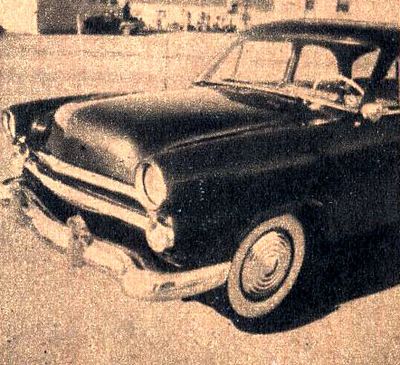 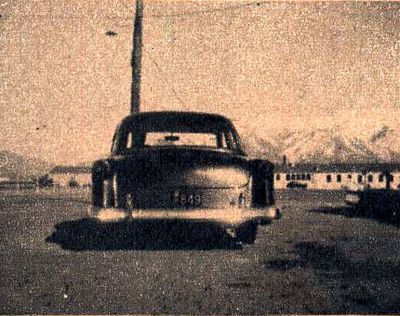 1952 Ford restyled by Bob McFarland of Hill Air Force Base, Utah. After reading Hop Up Magazine for a little while, Bob was inspired to do some body work on his Ford. When he started to restyle the car, he had never held a torch in his hand before. Yet, he managed to shave the hood, deck and sides just fine. The headlights were extended one and a half inch and frenched. The car was lowered 4 inches in the rear by using blocks, and three inches in the front by cutting the coils. The deck was electrically operated. Once the bodywork was done, it was painted metallic blue.[1]

Please get in touch with us at mail@kustomrama.com if you have additional information or photos to share about Bob McFarland's 1952 Ford.