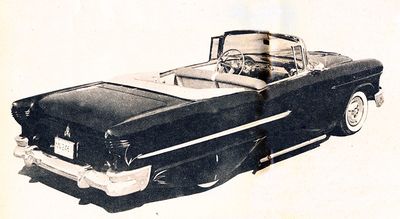 As it appeared in Car Craft May 1957. Photo by Bob D'Olivio. 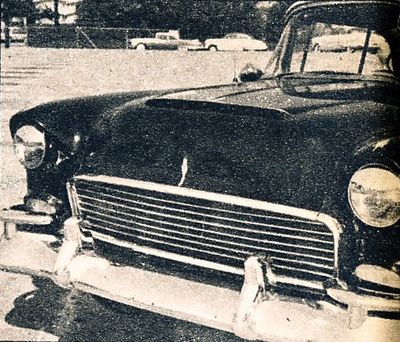 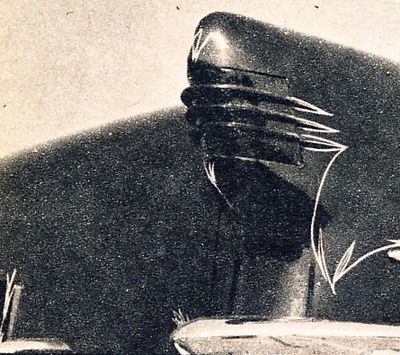 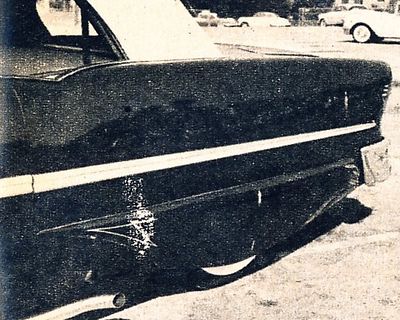 1955 Chevrolet Bel Air Convertible owned by Bob Dance of California. Bob's good looking Convertible was nosed, decked and shaved for door handles. An airscoop was made on the hood to add interest to the planed-off hood. The vertical grille bars were removed, and the headlight rims were painted, giving the front an unnusal effect. The side trim was simplified by removing the vertical pieces, giving it a longer and sleeker appearance. The sidestacks and bubble skirts made the car look lower than it was, however, it was only lowered 1 1/2". The special taillights were 1954 Mercury units, that were chopped and inverted, then molded into the fenders. Station wagon guards were added to match the contour of the lights. To get extra performance, Corvette engine and transmission were installed. Spotlights graced the A pillars, and tasteful pin-striping was added.[1]

Please get in touch with us at mail@kustomrama.com if you have additional information or photos to share about Bob Dance's 1955 Chevrolet.