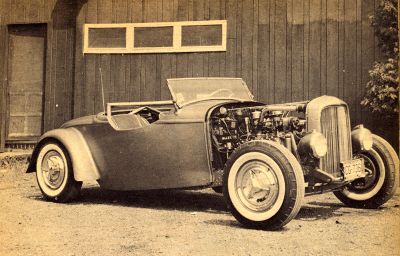 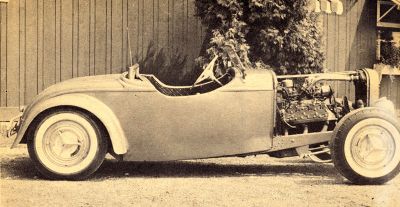 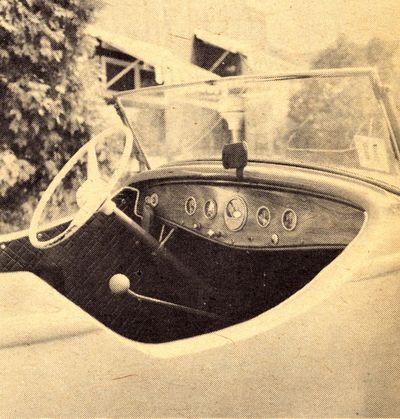 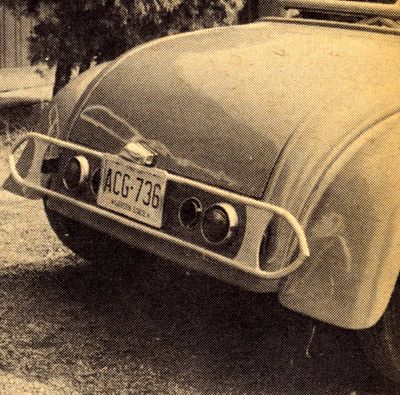 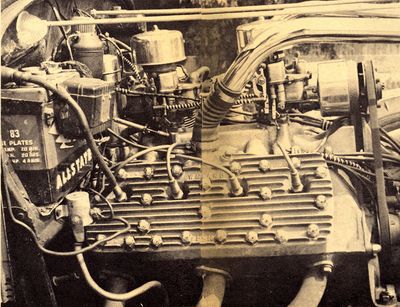 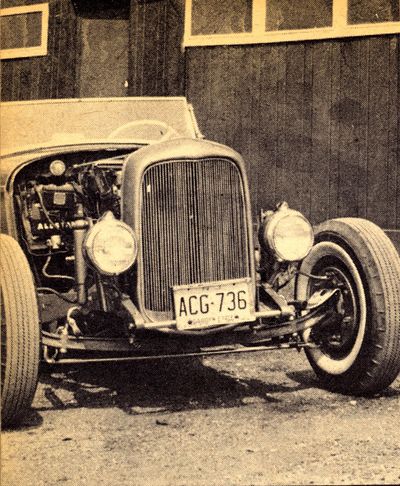 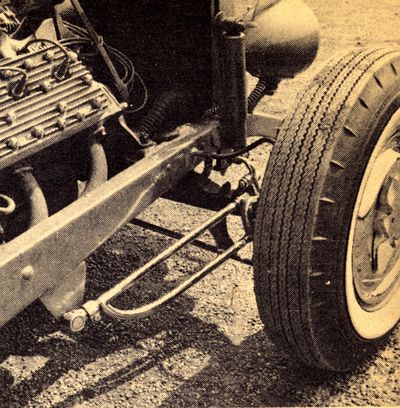 1932 Ford Deuce Roadster owned by Bill Wieser. Bill was lucky and stumbled over a golden Deuce with a for-sale sign stuck on the windshield. The odds were against finding a 1932 Ford roadster even in poor, stock condition. By the time, most deuces were snapped up by eager rodders or rusted away. Bill fell in love and bought the car with a few changes in mind. However, he did not wanted to modify the body. The body featured bobbed rear fenders which were molded to the body and the rear pan was rolled. At the rear a custom made Nerf bar protected the 1951 Pontiac taillights and the exhaust outlets which were installed next to the blinkers. The doors were notched at the top and welded solid to the body. The deck lid was shaved to give it a cleaner appearance. The grille was filled and trimmed with vertical-rods. The headlights originated from an unidentified early truck. The windshield was radically chopped and the car was fit with Oldsmobile Fiesta hubcaps on 1948 Mercury 15-inchers, the rear axle was from a 1948 Mercury as well. The front springs were reworked to bring the car further down to the ground. The radius rods were chromed and tubular shocks were installed. Brakes from a 1948 Mercury were installed to secure good braking.

First thing Bill did was to give the car a new interior. The body was done in metallic-gold lacquer. The dashboard was filled and fitted with Stewart-Warner gauges, the upholstery was black with white plastic with a matching black rug to finish off the style. Next up was to update the engine. The roadster was powered by a 1948 Mercury engine with stock 262-inch bore with 3/4 race cam. The engine was fully overhauled and fit with Weiand 8:1 polished heads, two Stromberg 94 carburetors, Thunderbird mufflers, aluminum flywheel and 1939 Lincoln Zephyr gears. A new clutch was installed as well, the hopped up Merc mill developed about 200 hp.[1]

Please get in touch with us at mail@kustomrama.com if you have additional information or photos to share about Bill Wieser's 1932 Ford.