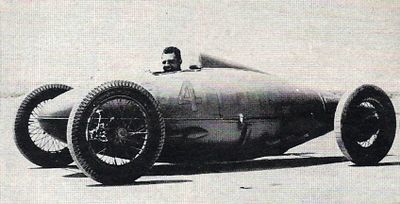 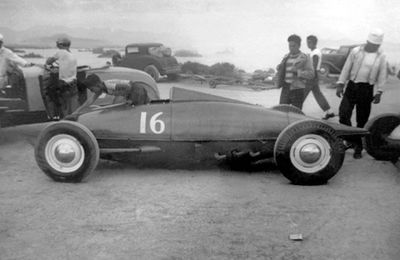 To the right is the nose of Jack Avakian's tank, the second front engined one built by Bill Burke. Photo from the Trompers collection.

In 1947, it ran 139.96 mph. The Merc flathead was equipped with Weiand heads and intake manifold, a Weber cam and Spalding ignition. Bill would soon hook up with Don Francisco and the car would become known as Sweet 16.[1]

Please get in touch with us at mail@kustomrama.com if you have additional information or photos to share about Bill Burke and Don Francisco's P-38 Bellytank.