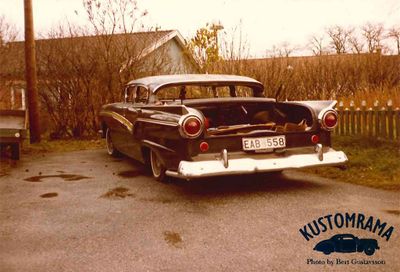 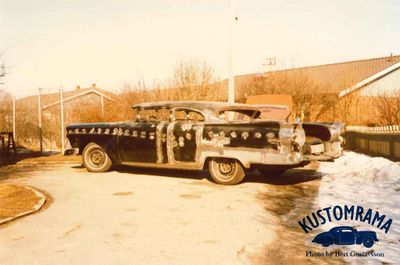 A construction photo showing the car after bert had welded shut the rear doors, and extended the front doors. Photo courtesy of Bert Gustafsson. 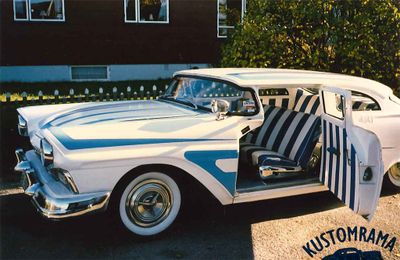 Bert's Ford as it appeared after it had received blue scallops. Photo courtesy of Bert Gustafsson. 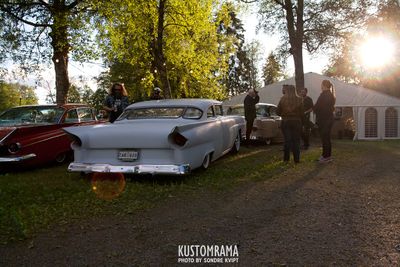 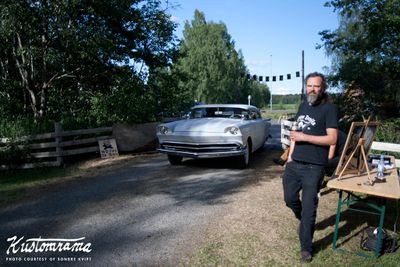 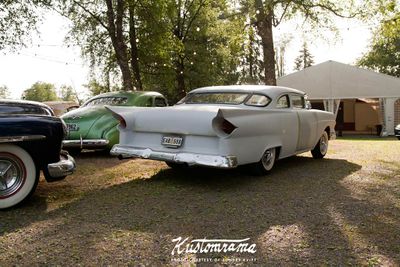 1957 Ford 300 sedan owned and restyled by Bert Gustafsson of Bullaren, Sweden. Bert bought an old rusted four-door that had been in Sweden since the 1950s. Originally, Bert wanted to build a chopped four-door, but after he had chopped the top he decided to weld shut the rear doors and complete it as a two-door. Most of the chrome was shaved away before Bert extended the quarter panels. The build was ready for the road in 1984. In 1985 it was completed with a white and blue scallop paint job.

The car was sold to a member of Bålsta Car Club. He restyled the front and back of the car before the body was channeled over the frame to get it lower.[1]

In June of 2017 the car was sold to Tobbe Husin of Blaker, Norway.

Please get in touch with us at mail@kustomrama.com if you have additional information or photos to share about Bert Gustafsson's 1957 Ford.