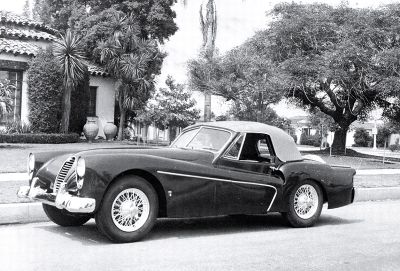 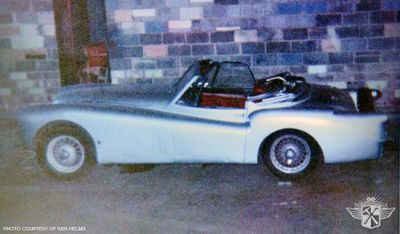 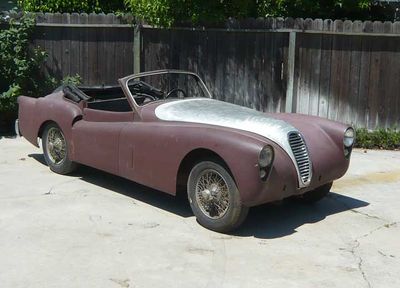 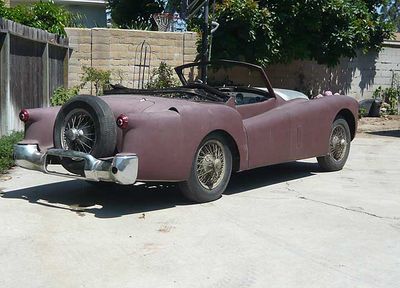 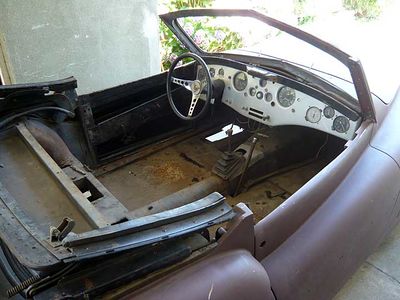 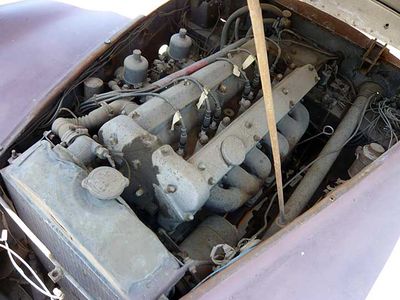 1953 Jaguar XK-120 Roadster restyled by Barris Kustoms for well known politician of Phoenix, Arizona Barry Goldwater. [1] The Jaguar was built at the Lynwood shop for Competition Motors.[2] Long before Barry ran became a president candidate in 1964, he had Barris Kustoms to restyle his 1953 Jaguar XK-120. Barry had a taste for wild customized cars, unsatisfied with the design of his stock Jaguar, he had George Barris turn it into a unique ride. Barry's Jaguar was modified to feature frenched 1953 Buick headlight rims that were slightly recessed into the reformed fender tips. The rear quarter panels were modified with tailfin assemblies from a 1953 Buick as well, and the fenders were extended and the deck lid was reshaped in able to house a Lincoln continental kit. The stock Nerf bars were exchanged with cut down Cadillac units. Air scoops were cut into both rear fenders and in the bottom edges of the fadeaway fenders. The grille was modified by installing horizontal bars instead of the stock vertical bars. Custom side trim was made to match both the scoops and fadeaway fenders. The dashboard was reworked in unfinished aluminum and fit with an array of aeronautical gauges.[3]

Ken Helms painted the car in Mesquite, Texas sometime in 1969 or 1970. He worked at a bodyshop in Mesquite, and remembers when the car came to be painted. He remembers that it had a dash plaque that read "Built for Barry Goldwateer by George Barris Kustoms"[4]

Since the 1990s, the car has been tucked away safely in a California shop. By August, 2010, the body was covered in primer and the interior was missing. The original DOHC I6 3.5 liter engine is still in place, as is the gauges. The car was listed up for sale on eBay in August 2010 located in Newport Beach, California.[3]

Please get in touch with us at mail@kustomrama.com if you have additional information or photos to share about Barry Goldwater's 1953 Jaguar.