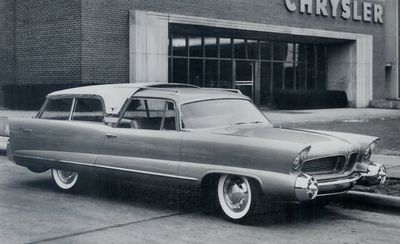 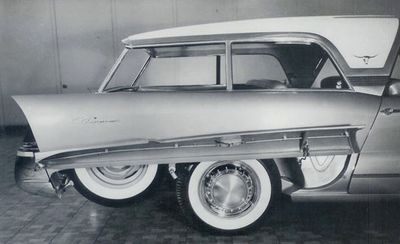 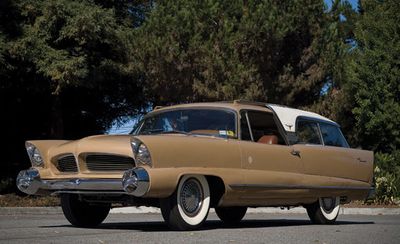 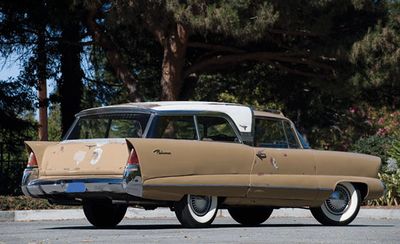 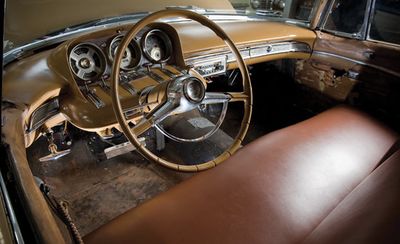 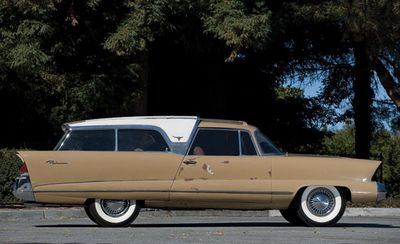 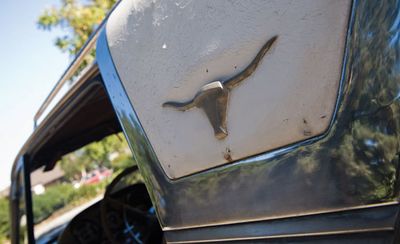 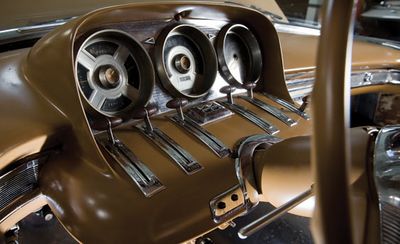 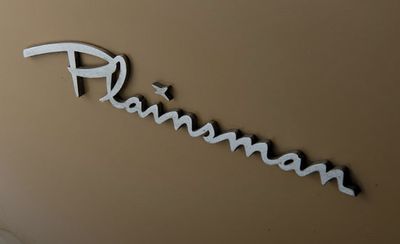 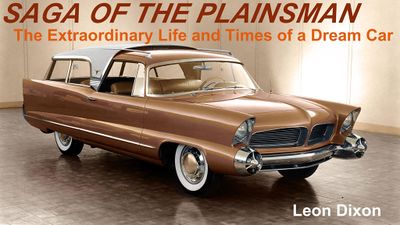 Leon Dixon did a story about the Plainsman and its history in the February, 1980 issue of Hemmings Special-Interest-Autos magazine, revealing the amazing history of the car, and how it traveled all over the world. Much more unknown history of the Plainsman will appear in Dixon's upcoming book, "Saga Of The Plainsman – The Extraordinary Life And Times Of A Dream Car."

During the hay day of Detroit’s “Dream Cars,” the annual auto shows were must-see events and the best place to witness just what tomorrow would hold for motorists of the future. The American buying public was treated to the latest styling trends, innovations, technologies and advancements in engineering, as well as a vast array of gadgets that could do anything from automatically parking one’s car to offering a place to cook a meal and wash dishes. As Vice President of Styling for the Chrysler Corporation, Virgil Exner created a new school of automotive design. His “Forward Look,” as it was termed, would guide the design of all passenger car marques under the Chrysler corporate banner. Moreover, the post-war sales boom essentially gave Exner carte blanche to transform his visions of tomorrow into reality. Across the country and even around the world, Exner’s cars became the highlight of many stops on the auto show circuit as crowds would gather to see for themselves just what the future held.[2]

One of the fastest growing segments in this automotive market in the mid-1950s was that of the station wagon. Exner’s response to this trend was the dream car he called “Plainsman.”[2] David Scott came up with the design and the name for the "Plainsman," and according to Leon Dixon, author of the book "Saga Of The Plainsman – The Extraordinary Life And Times Of A Dream Car," this was done in a proposal submitted to Exner by Scott and was merely approved by Exner in 1954. The entire theme, design, marketing proposal, and background research were all done by Scott, and the U.S. Patent Office awarded the official patent for the Plainsman to Scott. This multiple patent included overall design, body exterior, and interior and various features such as the rear-facing 3rd-row seat, power tailgate with retractable window, and power-assisted hidden fuel filler/tail light.[1]

The task of transforming Exner’s designs into a finished product fell to the famed Italian coachbuilders, Ghia. The actual car was crafted on a fully functional chassis with a complete drivetrain, so that it could be as practical and usable as any production Chrysler. Finished in a captivating bronze metallic paint with an ivory-white padded top, the car was accented by extensive stainless steel and chrome. Headlights were sheltered in exaggerated reverse canted housings while a split front grille allowed for plenty of cooling air to the engine. There was a massive chrome bumper in front with simulated air intakes on the outer edges. To the rear of this modern wagon was a set of beautiful cathedral-style taillights, mounted into the peaked quarter panels. The gas filler tube is concealed under one of the taillights.[2]

Two-Doors and an Observation Seat

Factory promotional material stated the Plainsman was designed to reflect the “colorful and casual way of life that typifies the nation’s westward movement.” Unlike most of the station wagons available at the time, the Plainsman is a two-door model featuring a wide B-pillar, decorated with a hand-crafted steer’s head badge which provided a focal point for the Southwestern theme of the interior. There is comfortable seating for up to eight in a combination of leather bolsters, with genuine unborn baby calf-skin inserts, to help carry the motif throughout the vehicle. Up to six adults could sit comfortably on the front and center bench seats, while a rear-facing power seat was accessible from the fold-down power tailgate. This trendsetting seat would later be known as the “Observation Seat.”[2]

As stunning as this dream car was to behold, it was still a testbed for proposed production details that would eventually find their way onto the station wagons offered by Plymouth, DeSoto, Dodge, and Chrysler. In addition to the rear-facing seats, another innovation first seen on the Plainsman was the unique storage of the spare tire, which was concealed under a flip-panel that comprised the lower portion of the right rear quarter panel and blends in with the design of the car. A functional and utilitarian vehicle, the Plainsman offered over 106 cubic feet of load space with the tailgate lowered and the center and rear seats folded down. With the tailgate down, it provided just over seven feet of depth for storage and a width of five feet. All told, there was plenty of room for sports equipment, picnic gear, groceries, gardening supplies and more.[2]

The car was powered by a 260 cid V8 with a Powerflite automatic transmission.[1]

The effect was magnificent and the buying public was in love. The western-style Plainsman won rave reviews wherever it was shown, but as so often happens with one-of-a-kind vehicles of this type, it had to be retired from the limelight. Unlike a number of show cars that were destroyed after their show life was over, the Plainsman was more fortunate. Due to the fact that the body had been crafted in Italy by Ghia, Chrysler was told by US Customs that the car would have to either leave the country or pay the duty in 18 months.[2] In 1957 Elwood Parrish was "awarded" the car for a job well done. Elwood was Chrysler's Export Manager. He was living in Cuba, and the car was sent directly from Chrysler Corporation in Detroit to Elwood Parrish in Havana, Cuba. According to rumors, the car was loaned to the president of the Cuban bank who used it as a family wagon, before it was eventually purchased by the Chrysler Export Manager who was living in Cuba. According to Leon Dixon and Elwood Parrish, no bank president in Cuba ever owned the Plainsman.[1]

Later on, Elwood left Cuba as their estate was confiscated by the communists. He brought the Plainsman along, and in the 1960s, he was assigned to Australia, during which time several modifications took place. First, in order to comply with local laws, the Plainsman was converted to right-hand drive. For many years, the legend of the Plainsman circulated around Australia. Eventually, it came back to the United States when Elwood retired.[1]

Back to the US

The Plainsman was enjoyed for nearly 20 years as a family car, driven on many occasions in the United States. In Southern California it received a modern 440 engine. A private collector eventually acquired the car and converted it back to left-hand drive.[1]

Friday January 22, 2010 The Chrysler Plainsman was offered for sale by RM Auctions at the Automobiles of Arizona auction in Phoenix, Arizona. It was presented in an unrestored and “as-found” condition. This was not correct, as the car was originally painted in a Metallic color. It was powered by the 440 cubic inches V8 engine and automatic transmission that Elwood installed when the 260 engine failed. The consignor did, however, encourage a complete cosmetic restoration, and the car had an estimated price in the range of $250,000 - $300,000. The highest bid reached $160,000, and the lot didn't sell.

Leon Dixon did a story about the Plainsman and its history in the February, 1980 issue of Hemmings Special-Interest-Autos magazine, revealing the amazing history of the car, and how it traveled all over the world. In March of 2018, Leon told Sondre Kvipt of Kustomrama that he first saw the Plainsman new in 1956 in Detroit. "I rediscovered it near my house again in Southern California in about 1977, being driven on the street." Much more unknown history of the Plainsman will appear in Dixon's upcoming book, "Saga Of The Plainsman – The Extraordinary Life And Times Of A Dream Car."[1]

Please get in touch with us at mail@kustomrama.com if you have additional information or photos to share about 1956 Chrysler Plainsman.