From Kustomrama
(Redirected from The White Pearl)
Jump to: navigation, search 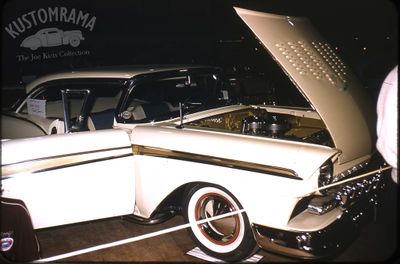 An early version of John's Ford at the 1958 Hartford Autorama. Photo from The Joe Kizis Photo Collection. 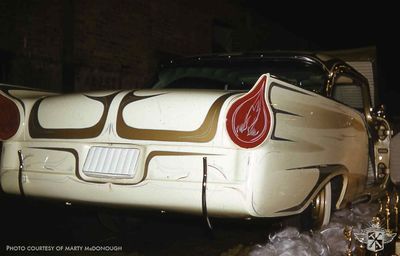 The White Pearl at a hot rod and custom show held at the NE Horticultural Hall in 1959. Photo from The Marty McDonough Photo Collection. 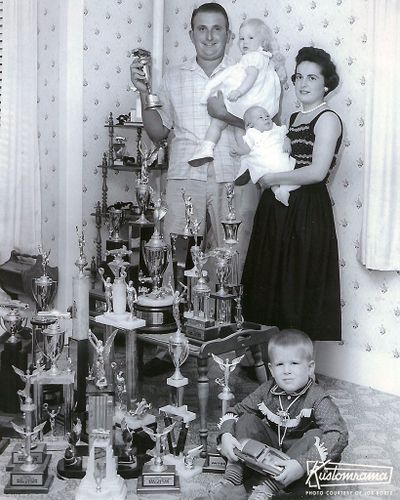 A photo of John North and his family with the trophies the car received the first few years that he showed it. Photo courtesy of Joe Bortz. 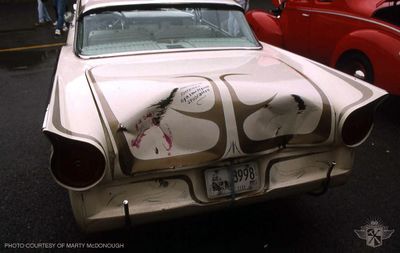 The White Pearl at the 1993 Goodguys Rhinebeck show. According to the note on the deck John had been "Rearended by a low flying Studebaker". Photo from The Marty McDonough Photo Collection. 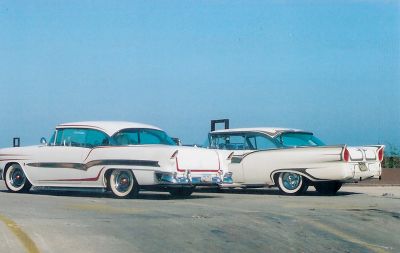 The John Norton Ford and John Seaton's 1955 Chevrolet, both part of the Joe Bortz Collection at the time. 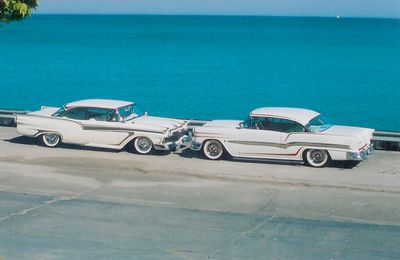 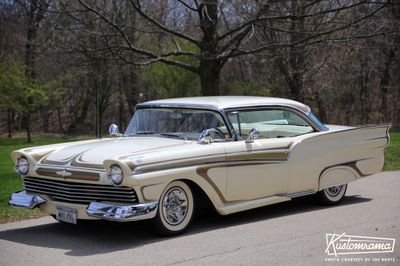 The White Pearl as it appeared in 2018, when Bortz advertised it for sale. Photo courtesy of Joe Bortz. 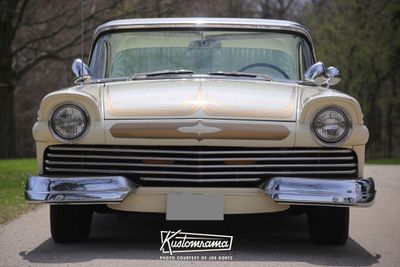 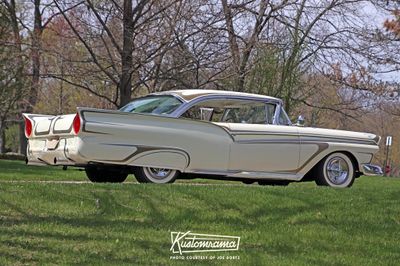 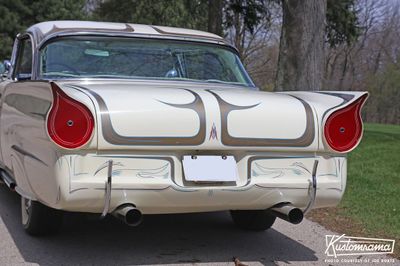 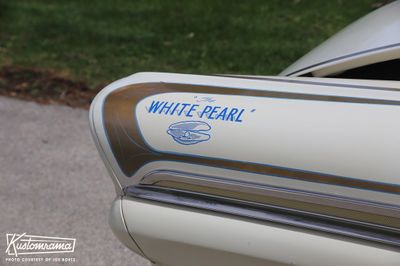 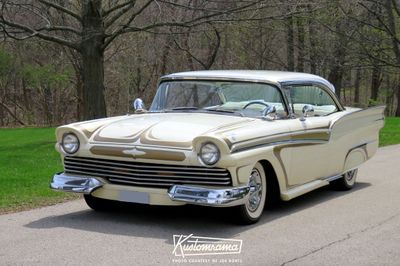 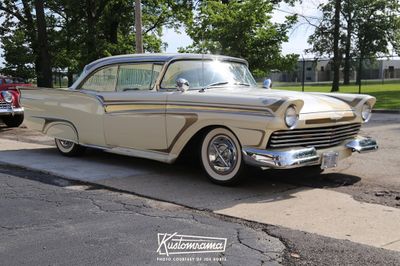 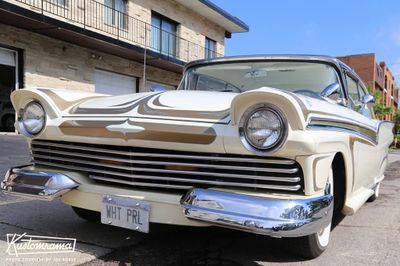 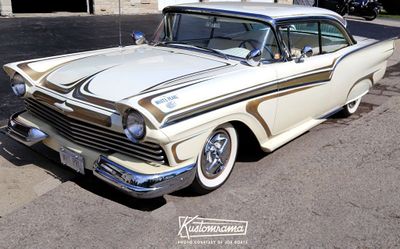 The White Pearl was advertised for sale on eBay in July of 2020. It was listed with a US $56,500 Buy it Now price. Click here to check out the auction listing.

1957 Ford restyled by Riverside Auto Body for Choppers of Rockville President John North of Rockville, Connecticut. The car is also known as the "White Pearl".

John purchased the Ford brand new in 1957, and it was immediately sent off for a restyling. It came with an E-Code engine with two four barrels carburetors, and a manual transmission mounted on the floor. At Riverside Auto Body the car was nosed, decked, and raked before it was dressed up with lake pipes.[1]

Sometime after the 1958 Hartford Autorama the car received gold scallops and pinstriping and molded in lake pipes. This incarnation was also dressed up with dummy spotlights.

John's Ford was at one time owned by famous American singer-songwriter Gene Pitney, who often drove the car himself to his concerts.[1]

In 2014 the car was owned by custom car and concept car collector Joe Bortz.[1]

In August of 2018 Bortz decided to advertise the old Connecticut custom for sale. At the time, the paint and the gold leaf scallops were 95% original as done in 1957. The white tuck and roll interior was also completely original as done in 1957. The White Pearl was advertised for sale on eBay again in July of 2020. It was listed with a US $56,500 Buy it Now price. Click here to check out the auction listing.

Please get in touch with us at mail@kustomrama.com if you have additional information or photos to share about John North's 1957 Ford.