From Kustomrama
(Redirected from The Dan Landon Coupe)
Jump to: navigation, search 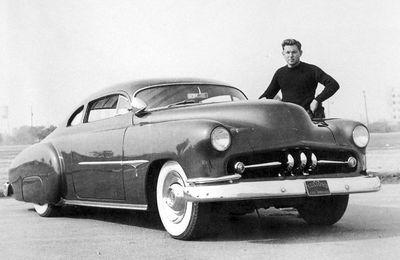 A photo of Dan with the Chevy. Photo by George Barris 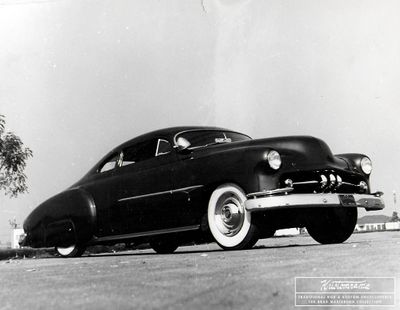 Photo by George Barris, courtesy of The Brad Masterson Collection. 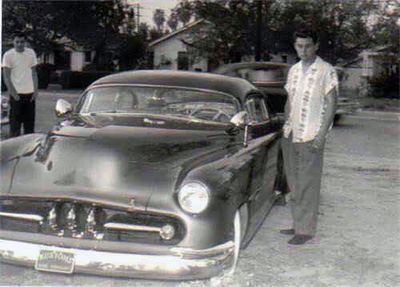 A photo of Dan with his Chevrolet. The photo was found on the ancestry page of Dan's family, and it was titled "Dan and his first car". Photo courtesy of the Landon Family. 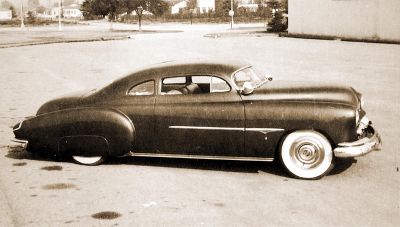 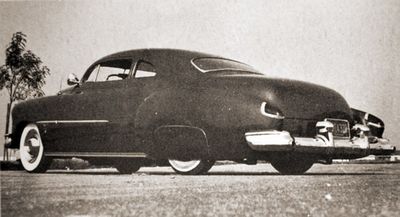 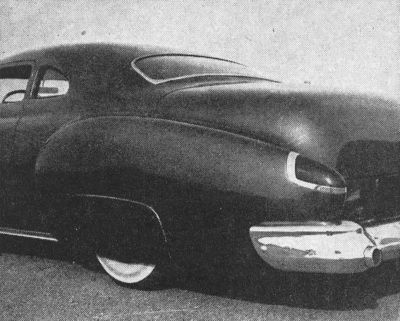 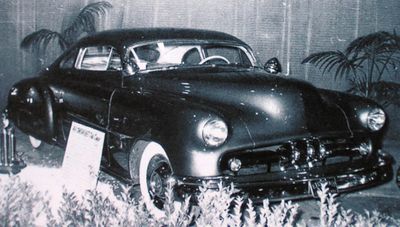 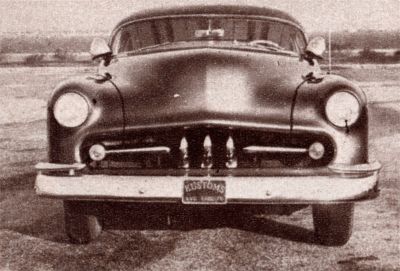 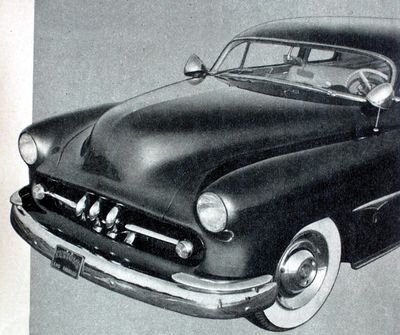 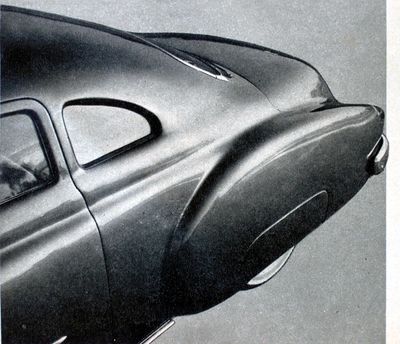 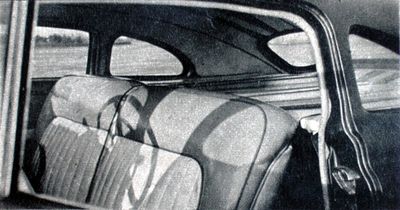 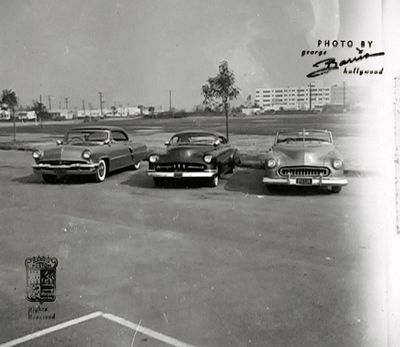 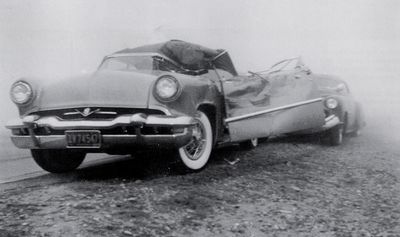 1949 Chevrolet Club Coupe restyled by Barris Kustoms for Dan Landon. Dan brought his car to George and Sam Barris wanting them to make his car unique. George took Dan's ideas and used them as a starting point, before he added a few ideas of his own.[1]

Before any metal and bodywork was done, the car was completely gutted from one end to the other, leaving just a body shell on the chassis. Dan wanted the the top as low as possible while Barris wanted to leave as much window space as possible. Eventually they came up with the idea of sectioning the top along a line just above the top of the door openings. By doing this they reduced the height of the top by two and a half inches but yet retained the stock window openings. After sectioning the top they further chopped the top 5 inches in the front and 7 inches in the rear. Barris still thought the resulting windshield opening were too low, and decided to cut the opening further into the top. The stock split windshield was replaced by a one-piece windshield from a 1950 Oldsmobile 88. The rear of the top was completely reshaped. Instead of the usual notch-back design generally associated with that model of Chevys, the back of the top received a "tapered swoop" as Barris called it. The rear upper corners of the doors were rounded and the drip moldings removed. To make the top seem more a part of the body rather than being set off by itself, the belt molding was removed and the crease filled in.[1]

A new grille opening was shaped from a 2 1/2 inch round tubing. The grille on the car was made using three 1951 DeSoto grille teeth along with two Frazer horizontal bars. The gravel deflector was made up from sheet stock and molded to the fenders. The hood was shaved and the headlights were frenched and molded to the body. The rear fenders were extended 8 inches, and fit with 1951 Frazer taillights. 1951 Packard side trim was added to the car in order to create some visual length. The front bumper is taken from a 1949 Pontiac and the rear comes from a 1950 Oldsmobile 98. The exhaust was extended through the rear bumper. Door handles and trunk hardware were shaved and electric solenoids installed. The car was also fit with dual Appleton 112 spotlights and Cadillac Sombreros.[1]

The brown and antique white interior in rolled and pleated leatherette was done by Carson Top Shop. The instrument panel was shaved for buttons and control knobs. These were repositioned out of sight underneath the dashboard.[1]

The stock engine received a thorough going over, and the car was often seen at drag strips around the Los Angeles area. Dan wanted the car to be as light as possible for "dragging", so he removed the rear seat and installed a tarpaulin made to hide the empty space.[1]

Around 1953 on the way back from a show up north the engine blew on Dan's Chevy. He was riding with George Barris and his 1953 Lincoln Capri, so they decided to flat tow the car behind George's Lincoln. On the way back home it got foggy, and out of nowhere appeared a flat bed truck. The car went under the truck, as they went under the truck they leaned over and ducked under the dash. George's Lincoln was basically totaled in the crash, while Dan's Chevy got a little beat up. The remains of George's Lincoln was later turned into The Golden Sahara.[2]

Please get in touch with us at mail@kustomrama.com if you have additional information or photos to share about Dan Landon's 1949 Chevrolet.