From Kustomrama
(Redirected from The Atomic Punk)
Jump to: navigation, search 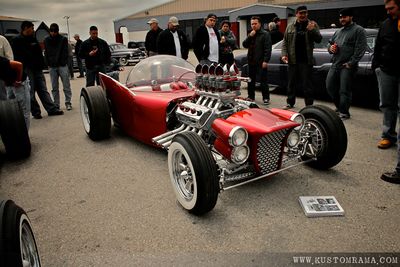 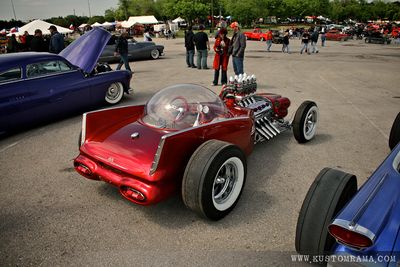 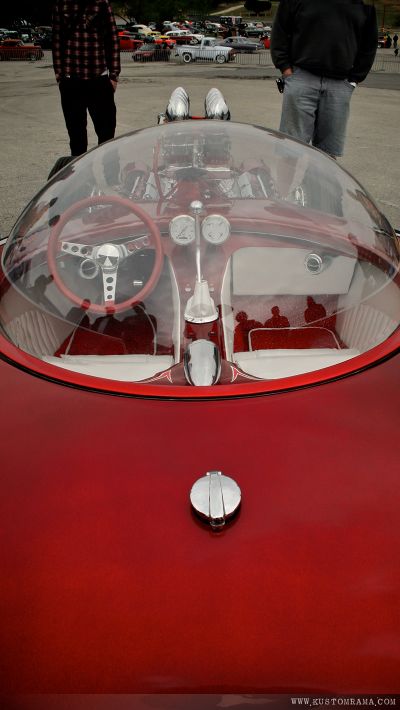 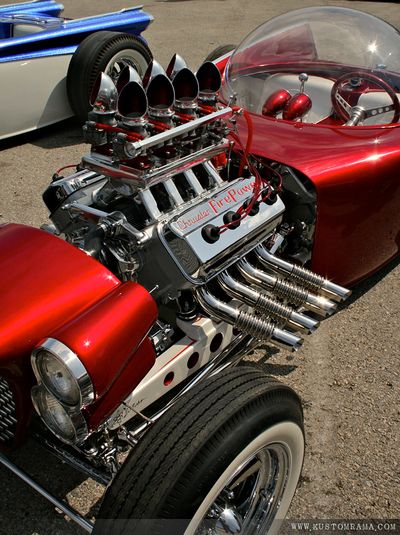 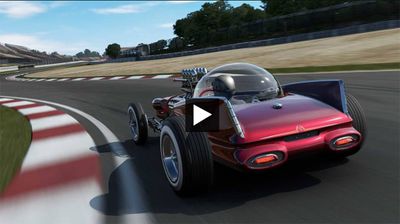 In 2019 the Atomic Punk was added to the Forza Motorsport 7 racing video game as one of the cars included in the Barrett-Jackson car pack. Photo courtesy of Autoweek.

The Atomic Punk is a Bubble Top Show Rod built by Aaron Grote of Cerro Gordo, Illinois. Even though it looks like an Ed Roth fiberglass construction, the car is all made in steel by Aaron and his beloved english wheel. The fins and the trunk come from a 1959 Plymouth Savoy. The rollpan was built using the hood of an early 60s Chevrolet 2 ton truck. Taillights from a 1953 Ford are used in the rollpan.

Power was provided by a 392 Hemi engine hooked to a Turbo 400 transmission. The front end was made up of a chromed, drilled, and dropped I beam axle from Pete and Jakes with Wilwood disc brakes hidden inside a couple of O'Brien Truckers drums and backing plates. Almost every nut and bolt on the car was either chromed or polished stainless.

In 2010 the car was sold to Rob Benigar. Rob had an accident with the car, and it caught fire. Benigar sold it to Richard Rawlings and Dennis Collins, who immediately sold it at Barret-Jackson Scottsdale auction in 2011. Highest bidder was Ernie Moody, who bought the car for US $71,500. Moody is known for inventing the video poker machine, and he owns www.videopoker.com.[1]

In 2019 the Atomic Punk was added to the Forza Motorsport 7 racing video game as one of the cars included in the Barrett-Jackson car pack.[2]

In 2020 the Atomic Punk resided in Las Vegas, in Ernie's hanger, right next door to the hanger that transports workers to Area 51 every day. "When I was there last," Aaron Grote told Sondre Kvipt of Kustomrama, "he had just purchased Ian Roussel's Space Junkie 2.0 at Barret-Jackson and it was there too."[1]

Please get in touch with us at mail@kustomrama.com if you have additional information or photos to share about Aaron Grote's Atomic Punk.