From Kustomrama
(Redirected from T Plus II)
Jump to: navigation, search 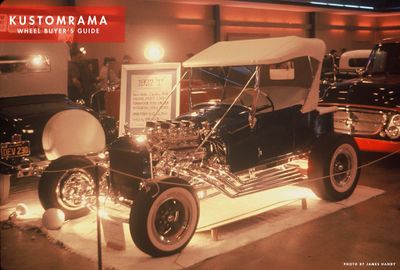 A photo of Don and Milly's Model T taken at an indoor car show in Monterey, California in 1963. The car has been dressed up with a pair of early 15-inch Torq-Thrust wheels and whitewall tires. Click here to check price and availability for the same wheels on Amazon.com. Photo from The James Handy Collection. 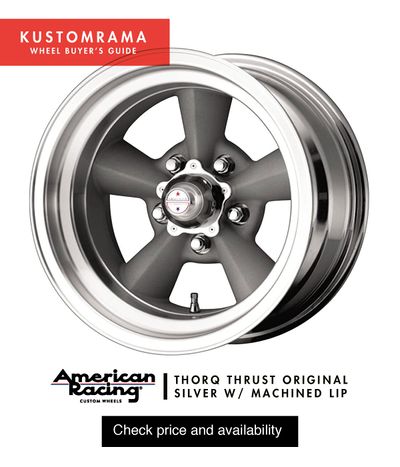 The Torq-Thrust Original is a reproduction of the wheel that Lokey ran in 1963. It is still in production and can be ordered through Amazon.com. Click here to check out Kustomrama's Guide to American Racing Torq-Thrust Wheels. 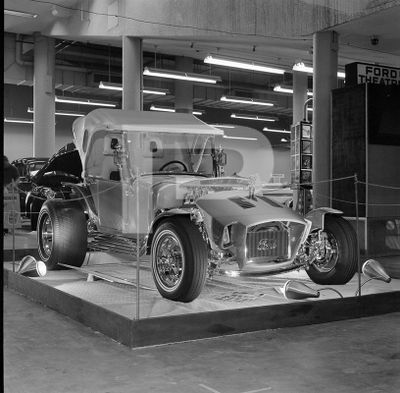 A photo of Don and Milly's T Plus II taken at the 1965 Tridents Rod Custom Autorama. Photo by Bud Lang, courtesy of the Petersen Archive. 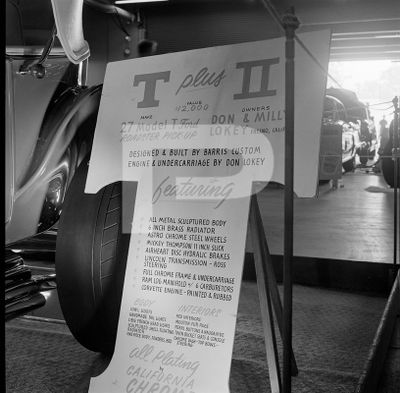 Photo by Bud Lang, courtesy of the Petersen Archive. 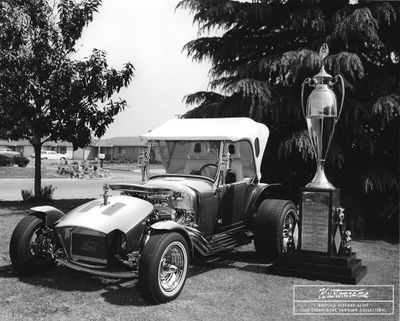 In 1966 Don and Milly won the America's Most Beautiful Roadster award with the car. Photo from The Clean Gene Sadoian Collection. 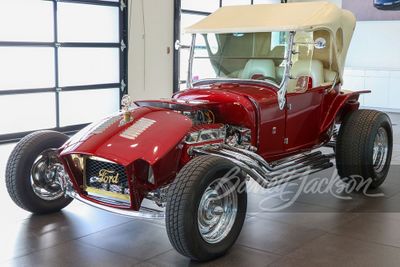 The Lokey T as it appeared in 2022, when Barret-Jackson advertised for sale at their Barrett-Jackson Scottsdale 2022 Auction. The car was listed without a reserve. Photo courtesy of Barret-Jackson. 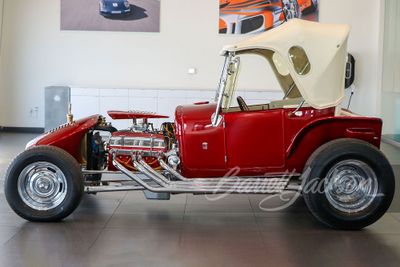 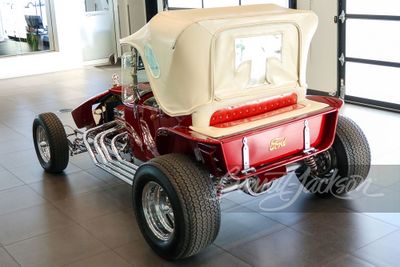 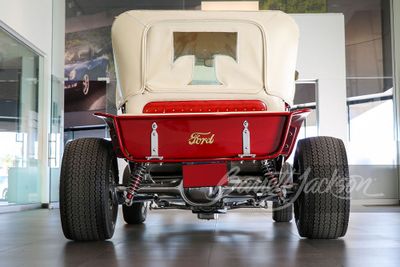 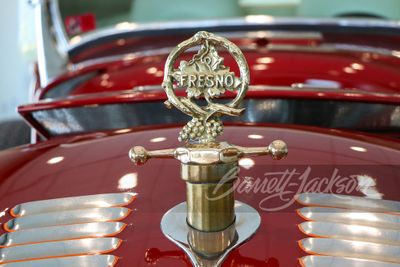 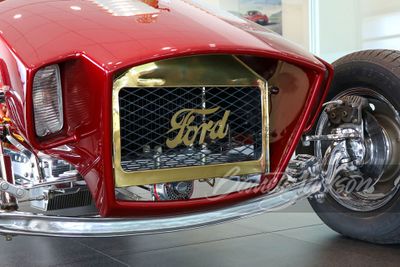 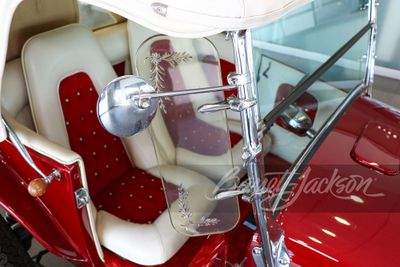 1927 Ford Model T Roadster Pick Up owned by Don and Milly Lokey of Fresno, California. The car was shown as the "T Plus II." Lokey fabricated a custom frame to mount the body on. A modified 1957 Chevrolet Corvette 283 CI V8 engine was rebuilt and connected to a Lincoln transmission and an early Ford "banjo" rear end. Lokey had the entire chassis chrome-plated, and then painted the truck and installed custom Naugahyde upholstery. He then entered it in the Oakland Roadster Show that same year and came home with the All-American sweepstakes for T Roadsters award.[1]

With a taste of winning, Don decided to use the truck to launch a campaign to come back and win the top honors at Oakland: America's Most Beautiful Roadster Award. After a few conversations with George Barris, Don delivered his roadster pickup to Barris Kustoms in Lynwood, California. Since the car was already in complete show-quality condition, Barris could concentrate on restyling the body, reimagining the interior, and updating the wheel and tire choice, as well as designing a whole new overall look. He designed and crafted a radically different grille surround and headlight treatment wrapped around a brass 1915 Ford Model T radiator shell, complementing air scoop and restyled body with molded rear fenders. Handmade taillights inspired by the truck's nose treatment and an interior freshened with White Pearl of Essence wrapped up the project. It made the April 1965 cover of Rod & Custom Magazine.[1]

In 1966 Don and Milly won the America's Most Beautiful Roadster award with the car.

Lokey retired the T from the show circuit and stored it for 30-plus years before Blackie Gejeian bought the car and vowed to keep it in its 1966 show-winning livery. The car would go on to see the Lincoln 3-speed and banjo rear swapped for an automatic transmission and chrome Ford 9-inch rear end, but it has otherwise been kept true to its Barris version.[1]

In January of 2022, the old hot rod will cross the block at the Barrett-Jackson Scottsdale 2022 Auction. The car was listed without a reserve. Click here to check out the auction details.

Please get in touch with us at mail@kustomrama.com if you have additional information or photos to share about Don and Milly Lokey's 1927 Ford.