From Kustomrama
(Redirected from Kandy Kane)
Jump to: navigation, search 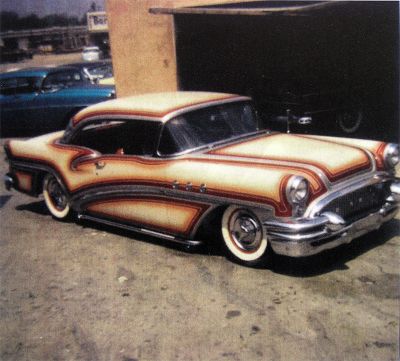 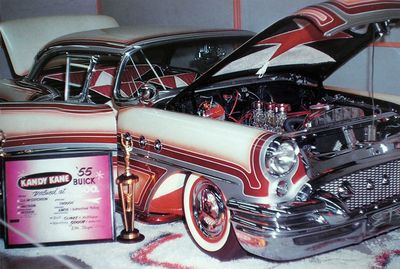 The Kandy Kane at the 1960 Sacramento Autorama. Photo by Andy Southard.[1] 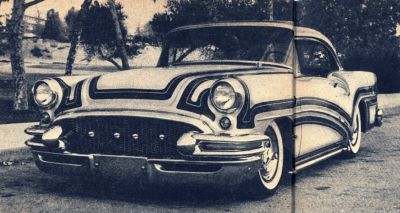 The Kandy Kane as it looked when it was featured in Custom Cars July 1960. Photo by Pat Brollier. 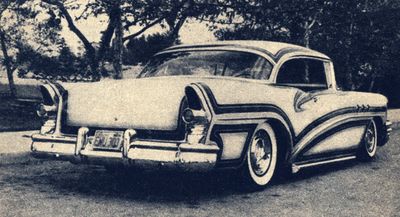 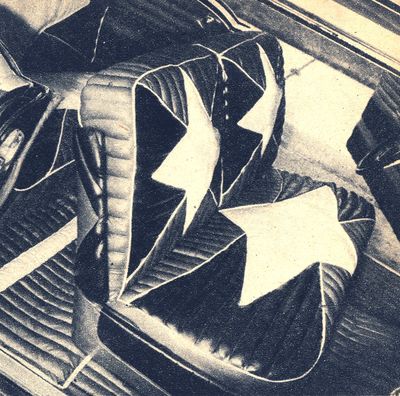 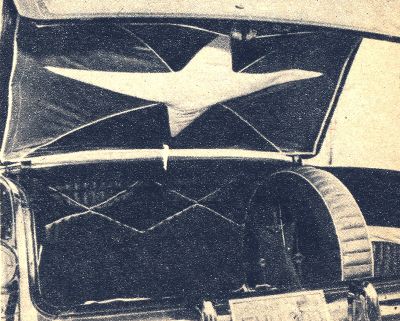 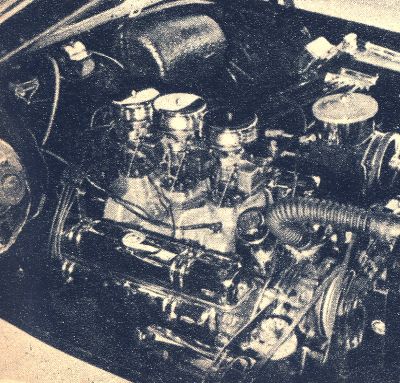 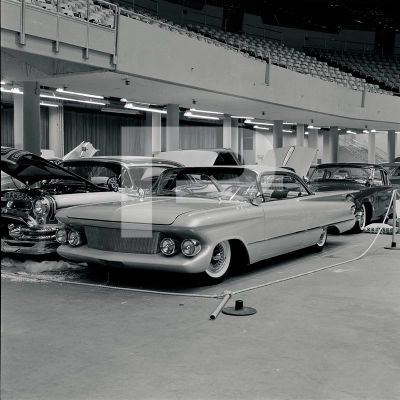 The Kandy Kane can be spotted next to this wild 1959 Chevrolet custom at the 1961 Tridents Rod Custom Autorama. Photo by Bud Lang, courtesy of The Petersen Archive. 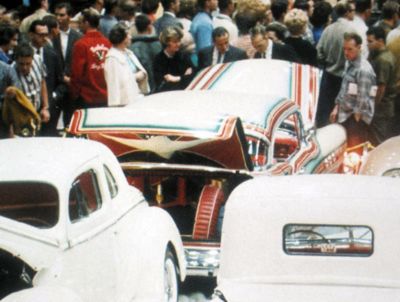 A later version of the Kandy Kane, note the blue shading above the scallops.[1]

1955 Buick owned by Delmar McCutcheon of Bakersfield, California. The car is also known as "The Kandy Kane", and Delmar bought it new in 1958. The body on the Buick was basically stock, but a wild paint job by Larry Watson of Watson's House of Style made the car radical. The hood and deck lid on the car were shaved and a single row of bullets was added to the grille. The car was lowered 6 inches and equipped with dual side pipes. Larry Watson painted pearl, sliver, pink, maroon candy red scallops over a pearl base.The paint job was done in 1958, and it costed $400.[3] The interior was upholstered with pleat and roll Naugahyde in a black, red and white theme and the trunk was given the same treatment. The upholstery was done in Mexico. Watson pinstriped the spare tire cover as well.[4] The stock Buick Nailhead engine was hopped up with three carbs and an Iskenderian camshaft, helping the Buick run 94 mph in the quarter at local drag strips.[4] Delmar had also installed a stick-shift transmission in the car.

In 1960 the car was shown at the National Roadster Show. According to Delmar, the Kandy Kane was the only mild-custom allowed in the show at that time. Delmar showed the car throughout California in a lot of one day shows. He sold the car to his brother in law in the early 1960s. Later he got a notice from the DMV that the car had been abandoned in Los Angeles.[3]

Please get in touch with us at mail@kustomrama.com if you have additional information or photos to share about Delmar McCutcheon's 1955 Buick.