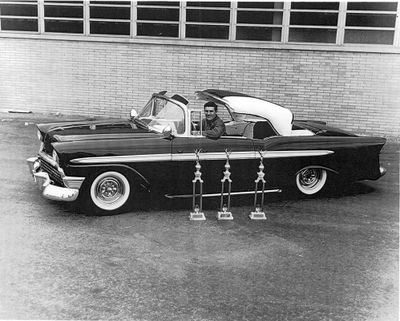 A photo of Joe with the original Venus. Photo courtesy of Museum of American Speed. 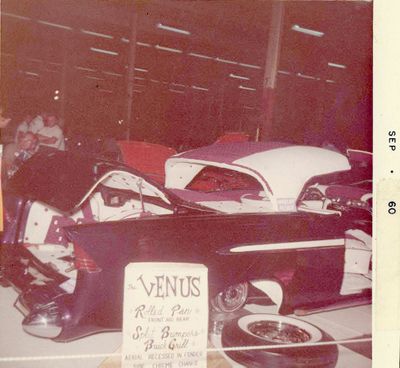 A photo the Venus taken at an indoor car show circa September 1960. Photo from The Roger Lick Photo Collection. 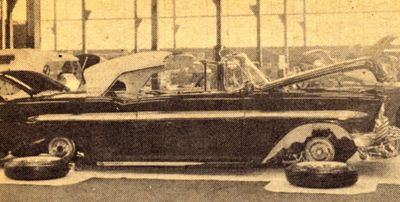 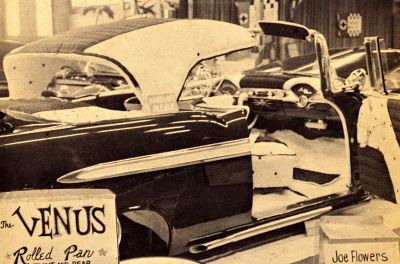 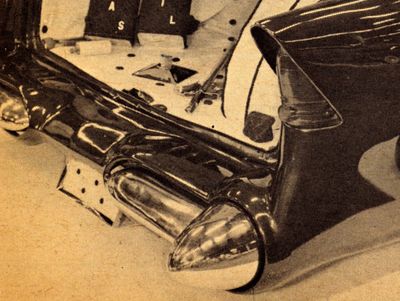 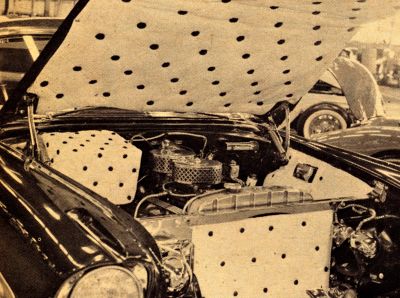 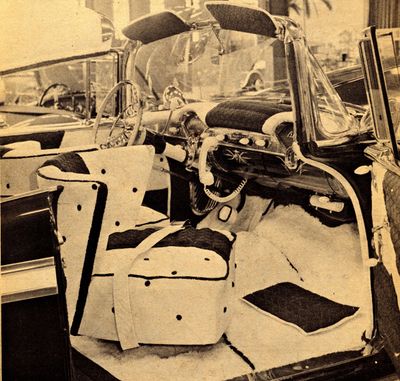 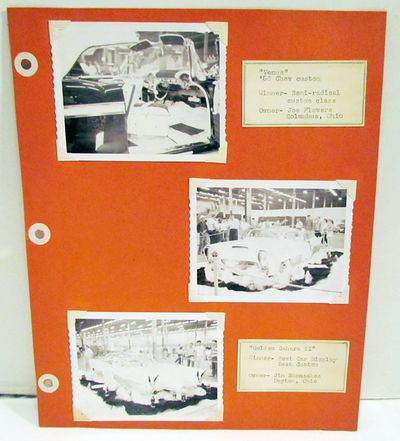 An album containing a photo of the Venus at the 1960 National Champion Custom Car Show in Detroit was listed for sale on eBay in October 2011. 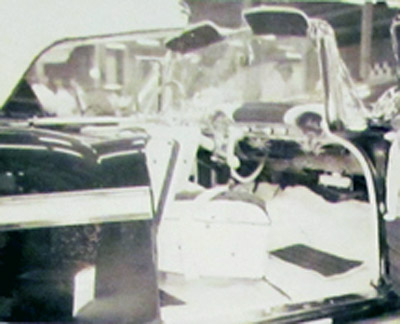 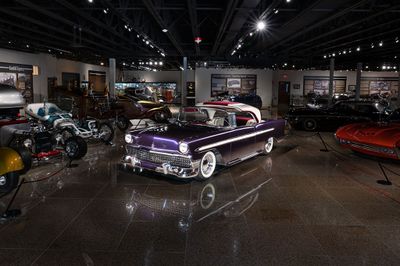 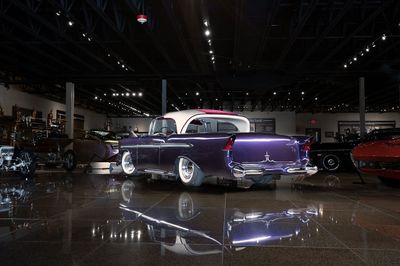 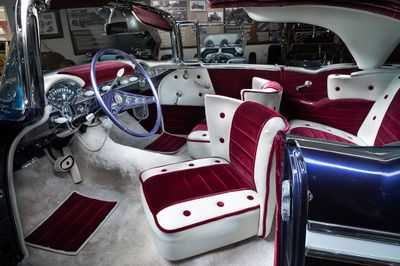 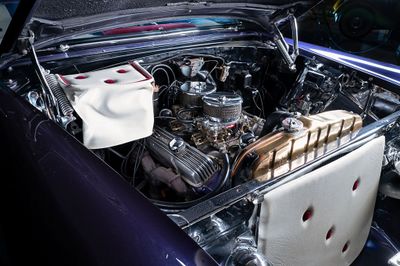 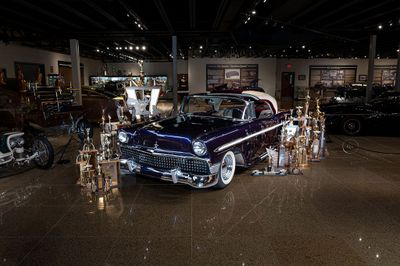 Joe's wife traveled with him to all of the car shows and remembered picking ice out of the grille when they drove it through the snow to events in the north, including Canada! After the clone was completed, she donated over 40 original trophies won by the Venus at various custom car shows. Photo courtesy of Museum of American Speed.

1956 Chevrolet Bel Air owned and restyled by Joe Flowers of Colombus, Ohio. The car was nosed, decked, and shaved for door handles. Antennas were tunneled behind the headlights, and a late Buick grille was installed upfront. The engine compartment was fully upholstered, and many components were chrome plated. The side trim was modified by installing a front piece trim to the rear quarter sections, which gave the car a longer and sleeker appearance. The rear end was restyled by molding in a 1955 Pontiac grille shelf, making the rear end rolled. Split bumper halves were made from 1955 Buick front bumper sections. 1956 Lincoln taillights were nicely frenched and hooded. The car was fitted with a Parisian-type roof and chromed lakes pipes, housed in frenched sheath. The interior was fitted with button-tufted swivel seats, angora-like rugs, white safety belts, padded dash, white phone, customized panel knobs, etc.[1]

In 2022, it was not known what happened to the original Venus. Bob Larivee searched all over and followed dozens of leads to find the original car for an anniversary celebration of the Autorama but was unsuccessful. With help from original builder Joe Flowers, a recreation was built. In May of 2022 the recreation of the Venus was on display at Speedway Motors Museum of American Speed. According to the car's presentation on their website, "no expense was spared to create the car to be identical and period-perfect to the original."[2]

Please get in touch with us at mail@kustomrama.com if you have additional information or photos to share about Joe Flowers' 1956 Chevrolet.