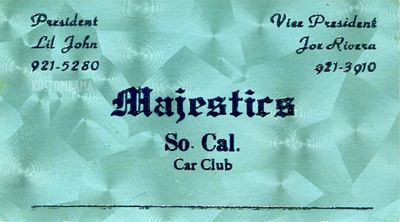 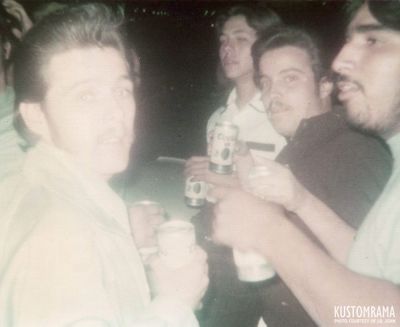 The original Majestics members in 1973. Photo courtesy of Lil John. 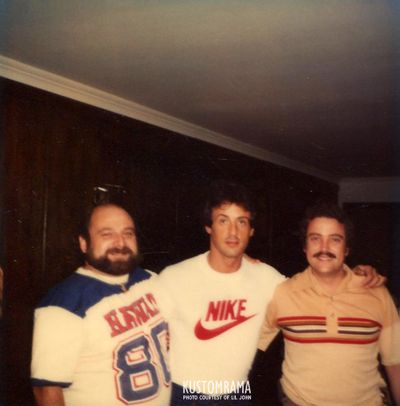 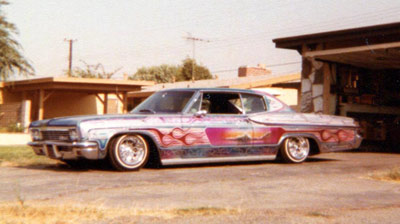 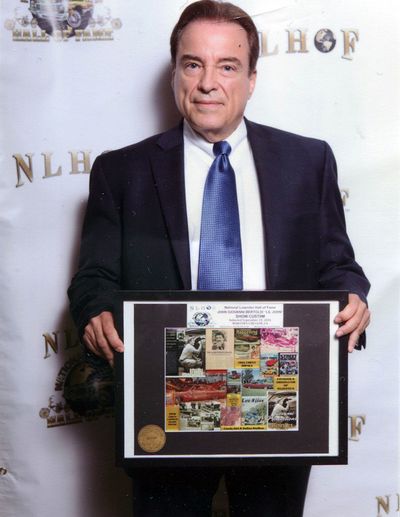 John "Lil John" Giovanni Bertoldi of La Mirada, California. "I loved Lowriding from when I came to California from East End Streets New York and started cruising on Bellflower Boulevard in Bellflower." One of Lil John's neigbours in California was Big Larry Vaughn of the Imperials car club.

The Majestics car club was originally founded in Santa Fe Springs around 1963. Richard Cabral was the President, and the club consisted of a small group of guys from a Santa Fe Springs neighborhood on Alburtis Street and the surrounding streets there. The Cabral brothers were the officers, and they had an aluminum bow tiew plaque representing their neighborhood area they all lived in and they cruised around every weekend on about six streets passing the local neighbor homes up and down each street in area near Alburtis St. with their cars. It was always like a neighborhood parade and a group of friends getting together. It was a hot rod type club, and the cars included Mustangs and other raised up cars, representing their neigborhood group of friends. The club lasted for about 4 or 5 year, before it broke up in 1968 due to the Vietnam war and challenges. Lil John continued driving his 1954 Chevrolet Bel Air, and he was the only remaining member running the Majestics butterfly plaque in 1968 - 1969.

After the Majestics broke up, Lil John joined a Bellflower club named the Persians, becoming their President until 1973.

The Next Generation Majestics

In 1973 Lil John founded, coordinated and developed the Majestics car club. Several of the Persians decided to join up with Lil John, while another group of Persians left the club and scene to join several motorcycle clubs. "This was the beginning of the mother chapter of So. Cal." Randy Gamble became the President of the Persians after Lil John left.

Lil John and Hugh Stillman of Otto's Hydraulics Headquarters sponsored a hopping event in Arizona and one event in Pico Riviera before hops became popular.

Please get in touch with us at mail@kustomrama.com if you have additional information or photos to share about John Giovanni Bertoldi.