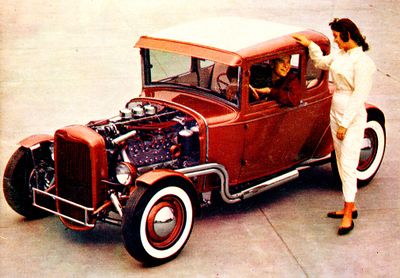 As it appeared in Rod & Custom September 1958.The girl was named Lea Ella Baker.Photo by George Burnley. 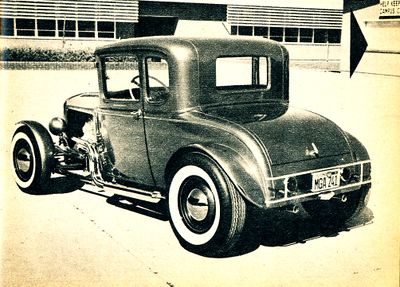 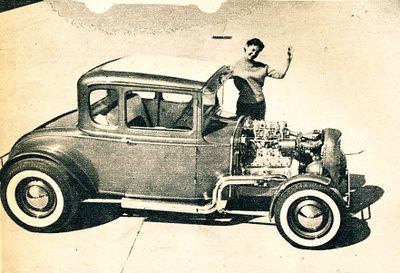 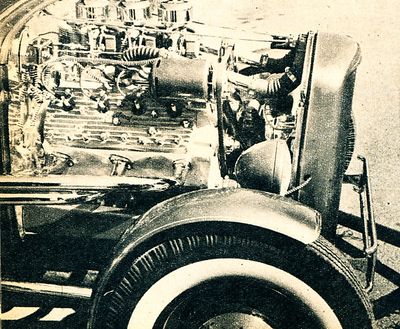 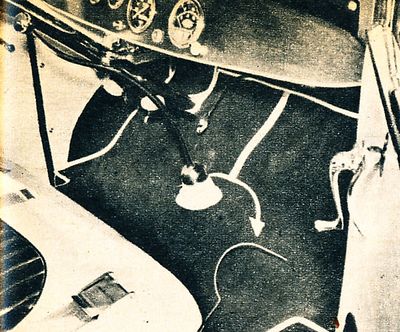 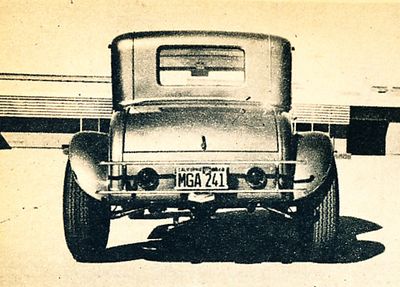 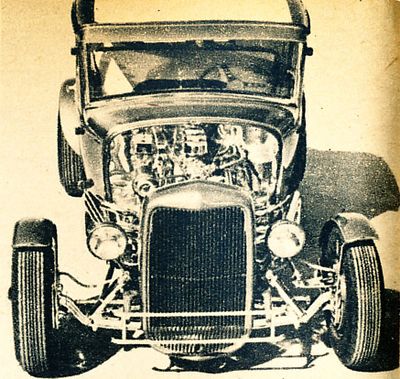 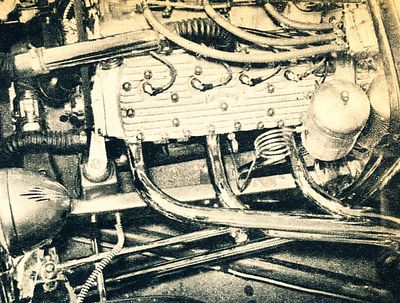 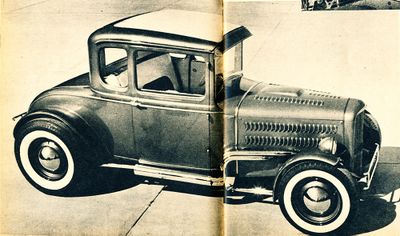 1931 Ford 5 Window Coupe owned and built by Gil Granucci of San Leandro, California. Gil spent thousands of hours, transforming the old beat up coupe to an award winning hot rod. Gil kept it unchopped, however he channeled the body over the frame and bobbed the rear fenders, disguising them from their origin. A set of motorcycle fenders were installed up front, mounted to the backing plates. The stock grille shell was discarded in favor of a 1932 Ford unit, which was nosed. A dropped axle up front gave it a nice rake. The hood was punched with louvers, securing both looks and cooling. Chromed headers dropped to clear the door, and were channeled into the mufflers. The 286 Mercury flathead V8 was hopped up by installing a Potvin cam, Silverlite pistons with Grant rings, Edelbrock heads and manifold along with three Stromberg 97 carbs. Nerf bars were made both for the aft and front, guarding a set of 1953 Pontiac taillights. The upholstery was done in Naugahyde, pleated seats and a black rug with white trimming really made the interior look good. The dash was fit with Stewart-Warner gauges, recessed into a hand shaped panel of solid mahogany.[1]

Please get in touch with us at mail@kustomrama.com if you have additional information or photos to share about Gil Granucci's 1931 Ford.