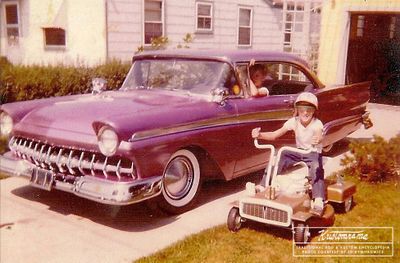 An early, purple, iteration of the Ford. Provance started customizing it as soon as he brought it home from the dealer. Over the ten next years, it went through several iterations and changes at Liddle's Auto Body in Alsip, Illinois. The work was performed by George Liddle and Jack Detmars. Photo courtesy of Ed Dymitrowicz. 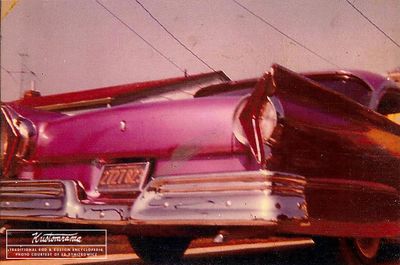 A photo of the car taken at an indoor car show in South Bend, Indiana in March of 1962. Photo courtesy of Ed Dymitrowicz. 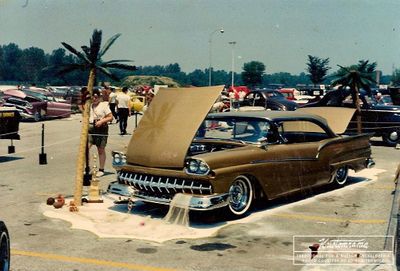 The "Gold Digger" iteration of the car photographed at an outdoor car show. Photo courtesy of Ed Dymitrowicz. 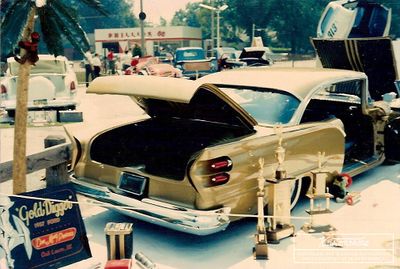 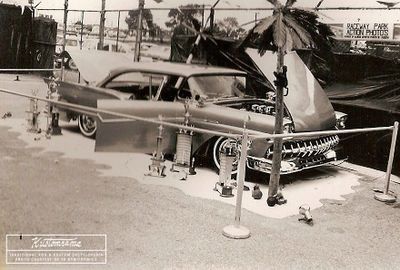 A photo of the "Gold Digger" taken at an hot rod and custom car show held July 21, 1963 in Blue Island, Illinois. Photo courtesy of Ed Dymitrowicz. 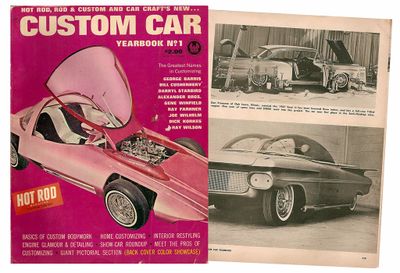 In 1963 a photo of the "Gold Digger" appeared in Custom Car Yearbook No.1. 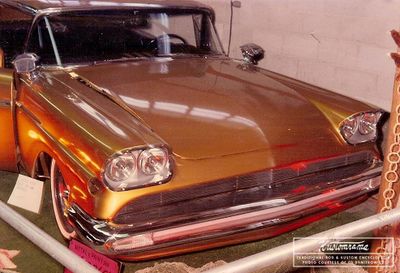 Another iteration of the car, featuring a 1957 DeSoto bumper and grille. Photo courtesy of Ed Dymitrowicz. 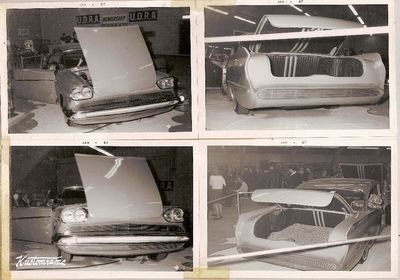 Photos of the car taken at an indoor hot rod and custom car show in Weaton, Illinois in 1967. The show was held January 8 thru 10. Photo courtesy of Ed Dymitrowicz. 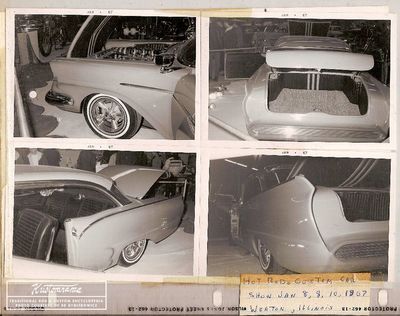 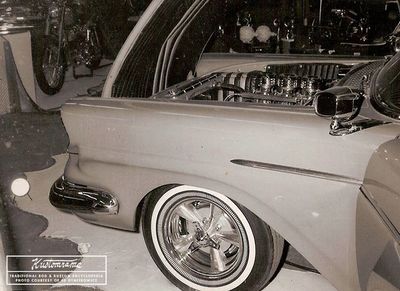 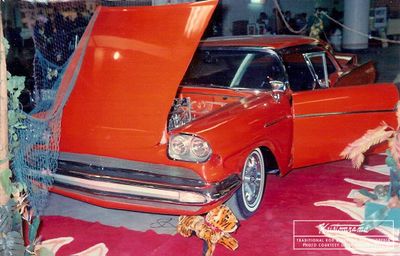 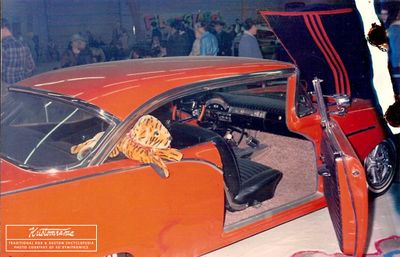 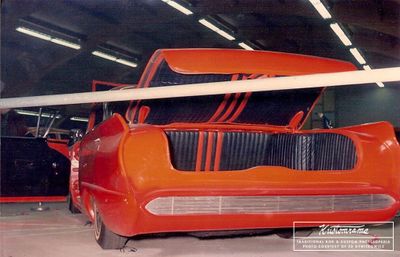 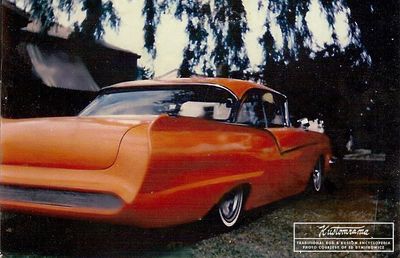 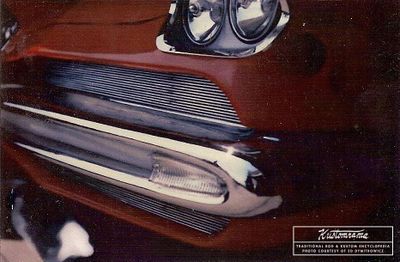 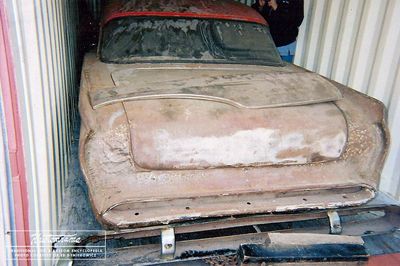 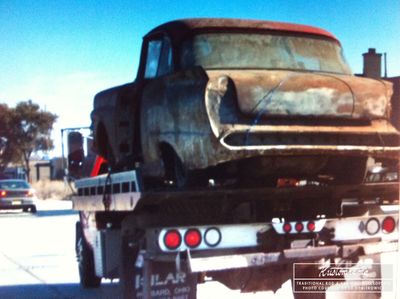 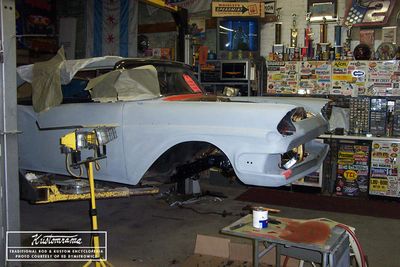 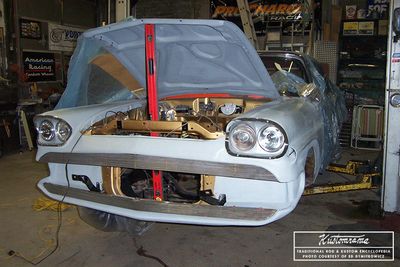 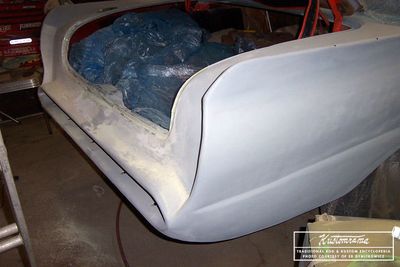 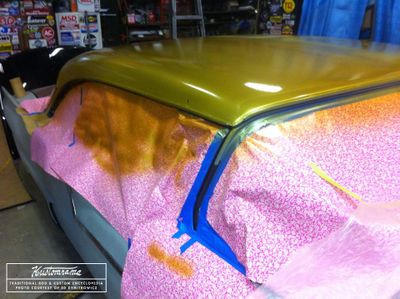 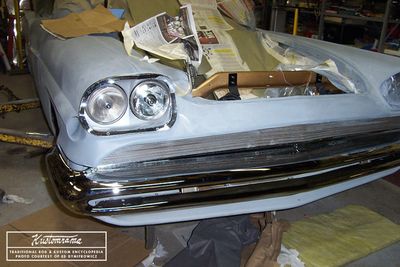 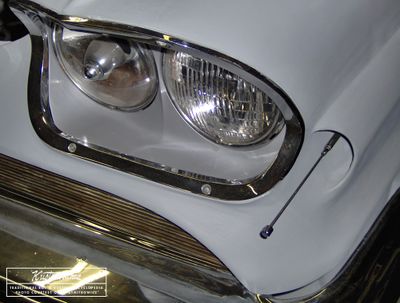 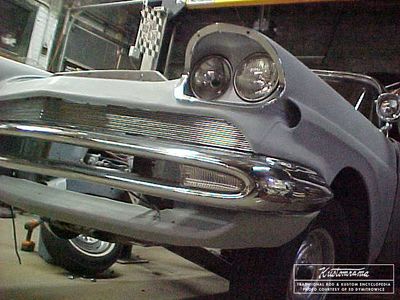 1957 Ford Fairlane Victoria originally owned by Don Provance of Oak Lawn, Illinois. Provance started customizing the car as soon as he brought it home from the dealer. Over the ten next years, it went through several iterations and changes at Liddle's Auto Body in Alsip, Illinois. The work was performed by George Liddle and Jack Detmars.[1]

Early photos of the car show it nosed and decked, wearing a striking purple paint job. This iteration has been modified to accept 1956 Ford F-100 headlight doors, a 1954 Chevrolet grille, and 1958 Edsel Bermuda station wagon boomerang taillights. It was dressed up with dual spotlights, 1957 Plymouth hubcaps and fender skirts.[1]

A later iteration of the car, known as "Gold Digger," featured a Gold paint job. By then the car had received dual headlights with scoops. The scoops featured sunken antennas that pointed forward. The rear quarter panels had also been reworked to house scoops and dual taillights on each side. In 1963 a photo of the car appeared in Custom Car Yearbook No.1. The photo had been taken at an indoor car show where it had won first place in the Semi-Hardtop class. According to the caption, it was lowered 3 inches, and it ran a full-race Thunderbird engine.[2]

Sold to a woman in Oak Brook, Illinois

In the late 1960s Don sold the car to a woman in Oak Brook, Illinois. She waned it has her daily driver. "It came back," later owner Ed Dymitrowicz told Sondre Kvipt of Kustomrama in 2020. It went through several owners before it ended up being stripped and sandblasted in 1983.[4]

After the car had been sandblasted, it stayed in a container until 2007, when Ed Dymitrowicz of Elgin, Illinois came across it. "The last owner had intended to restore it, but had many other old customs, and it got neglected," Ed recalled. Ed originally saw the car in 1966, and he has a photo of it in his collection that he took back then.[4]

Ed talked to Don when he first bought the car, and Don sent him some old photos of the car that he could use for the restoration. Ed is restoring the car to how it was shown in 1963 - 1967. Dick "Fuzzy" Fuerholzer got Ed in touch with Jerry Eich, who supplied several old photos of the car that Ed didn't have. In 2020 he was still working on the restoration. Progress was slow he admitted, but he had a few other projects he was working on as well.[4]

Please get in touch with us at mail@kustomrama.com if you have additional information or photos to share about Don Provance's 1957 Ford.